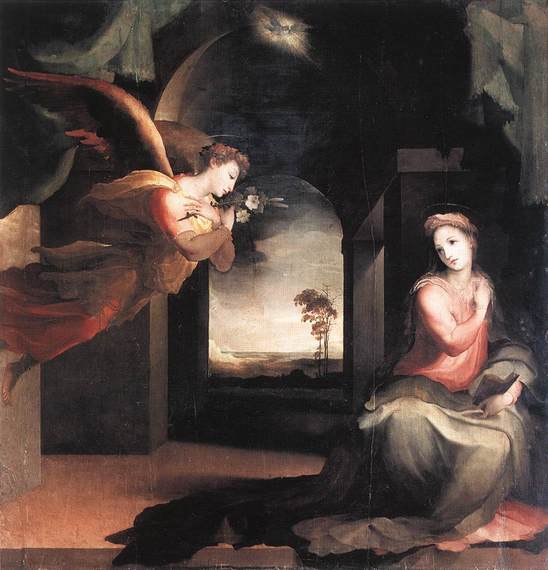 Therefore the Lord himself shall give you a sign; Behold, a virgin shall conceive, and bear a son, and shall call his name Immanuel. (Isa 7:14)

Advent is the season of Mary, when we wait with her as the child forming in her womb readies for his unveiling. And each year a number of questions come up, such as: Is Mary the mother of God? Is she without sin?

These are enigmas shrouded in mystery, and lead to confusion on multiple fronts.

It boggles our human brains, brains which have been honed and refined by the Enlightenment. Our reason has been sharpened to such a fine blade that mystery is sliced into unrecognizable shreds and the truths it contains thrown out as rubbish. So fine a blade that we even reject our own Enlightened modes of thinking, for example that if A=B (Mary=the mother of Jesus) and B=C (Jesus=God) then A=C (Mary=the mother of God). When boggled and muddled with mystery, our minds go into a tailspin focused on rejecting the question altogether so as to simply make the confusion go away.

I get this cognitive function. But it makes me sad. And these aren't the only Advent mysteries: just how did this God-child come to be?

The theme of marital union with God is stressed from Genesis through Revelation. The bible offers example after example of his view about what his bride must be like. She must be pure. Spotless. Reverent. Holy. He speaks to us about how the two become one when they consummate the marriage covenant. He promises us that we ourselves become one with the Body of Christ, particularly through the Eucharist. And John describes the marriage feast we will celebrate when the final trumpet calls.

Marriage and consummation. The scriptures are saturated with it.

During this week of the Feast of the Immaculate Conception, we read these words during morning devotions (and of course Rumplepimple helped): 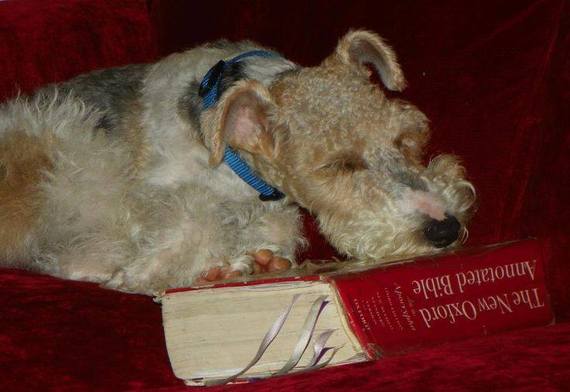 Luke 1:34 But Mary said to the angel, "How can this be, since I have no relations with a man?" 35 And the angel said to her in reply, "The holy Spirit will come upon you, and the power of the Most High will overshadow you. Therefore the child to be born will be called holy, the Son of God. ... 38 Mary said, "Behold, I am the handmaid of the Lord. May it be done to me according to your word." Then the angel departed from her.

Luke fades to black prior to Mary's being overshadowed by God. She was the only human witness to that event, and apparently didn't believe it was a matter for public consumption when she passed the story along for the record book.

Verse 38 closes the scene because what comes next is too private, too intimate. The very silence itself is drenched with meaning. And so we are left to reverently contemplate the moment, the method, and the union. Gabriel leaves. The Holy Spirit descends, overshadows her, wraps her in his wings. He steps into time and space and sweeps her into a scene from the Song of Songs.

Here's what I envision.

I picture Mary in a simple room, earthen and humble, clothed in drab homespun, surrounded by the scents of life; wood smoke, animal dung, sweat, dirt, olives. Taking a quiet moment away from a day filled with the necessary tasks of life, wondering what marriage to Joseph will be like. And then Gabriel comes and changes everything. Gabriel, the friend of the bridegroom tells her that he is on his way, and then departs.

Time halts around her.

Mary is enrobed in splendor, and the surroundings change to one of Solomon's love songs. The air is fragrant with fruit and flowering bowers. The bride waits, barely breathing. The groom finally arrives, and I imagine her response to be like this:

"She turned, and saw a great white moon looking at her over the hill. And her breast opened to it, she was cleaved like a transparent jewel to its light. She stood filled with the full moon, offering herself. Her two breasts opened to make way for it, her body opened wide like a quivering anemone, a soft, dilated invitation touched by the moon."

(from The Rainbow by DH Lawrence)

The soft, sinless, dilated openness of her yes receives him, and eternity itself is changed.