Thomas Puttrich's exciting thriller The Second Coming is being developed into a motion picture. The Second Coming questions if the Mayan calendar was wrong and what happened to the prophecies of Nostradamus and the future events foretold by many seers from the Hopi Indians to the Chinese. The novel tells the story of a Priest who makes a discovery in the Yucat'n, which begins his worldwide journey to prove what he has known for a year: the second coming of Christ has happened. Father Jonathan DeShays meets three others who felt their own destinies are tied to his discovery and together, the four men trek through Europe searching for more answers and find that the unique trinity symbol is now more prevalent than ever. Part Stephen King's The Last Stand, part David Brown's The Da Vinci Code, The Second Coming is a pure page turner. I spoke to Puttrich about the book at the dawn of the new year.

What was the genesis of this story?

This story came to me as I followed the galactic alignment of 2012. I've studied prophecies for years and the Mayan calendar and when nothing happened on 12/21/12. I thought there has to have been something that told the Mayans this date was important. The pyramids in Egypt point to this date as does Nostradamus. So what did happen? It was then the story came to me. I've written two supernatural novels prior and this story just developed quickly. Once I determined my protagonist to be a direct descendant of the apostle John. The remainder was easy.

How does it differ from other entries in this genre?

This story differs because of using two primary things. One being the use of reincarnation and bringing back the four apostles, Matthew, Mark, Luke and John as present day characters. I'm combining the love of a quest with the Book of Revelation here. Secondly it offers an opinion on when the son of God realized his own divinity and when did he become divine, at birth or later on life...question always under debate.

Why do you think people are obsessed with apocalyptic themes?

The Second Coming adventure has been a whirlwind. As I hear from readers, they too agree their experience was an uplifting ride that opened their hearts and changed their minds, It's changed my life completely. My journey now is to bring the Second Coming story into the world of film and my association with Little Studio Films has been nothing short of amazing. Together we start the next leg of the adventure. It will be an exciting time." 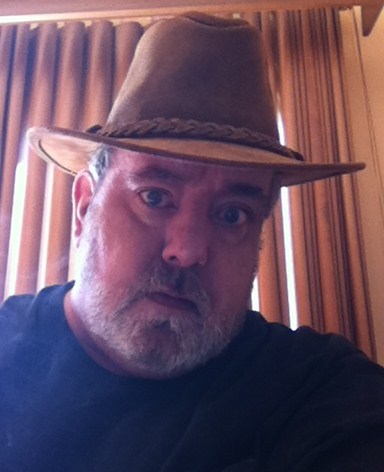 I'll never forget a conversation I read between two of my favorite authors, J.R.R. Tolkien and C.S. Lewis. Before Lewis became a famous Christian writer and apologist, he was skeptical about God. Tolkien was a devout Christian and held to strong unwavering Christian worldview. It came through his famous works, The Lord of the Rings, The Hobbit and others... which dealt with Christian themes of sacrifice, incarnation, suffering, death and resurrection, redemption, salvation and belief in God. Both men loved to read and study mythologies, storied and pagan myths. The difference between them was that Lewis believed myths to be lies whereas Tolkien had an opposite point of view, believing myths to embody elements of the truth.... Tolkien explained that pagan and other myths were God expressing himself through the minds of poets using the images of their myths to express fragments of eternal truth. I was thinking of this while reading your novel and since Christmas and other solstice holidays have passed, why have so many non-Judeo-Christian gods (Dionysis, Herakles, etc) share a similar date of birth, why do you think this time of year recurs so often and you do you see that as indication of the divine?


I feel throughout history, December 25 does indeed represent the holiest of all days. Whether or not this day itself points us to the divine for all men and their beliefs remain the key question of debate. My opinion is that this specific day is different somehow in the fabric of the universe. There is a magical essence to this day since other religions refer to it. Dionysus also being born of a virgin tells us there are many views man has shared with each other throughout the centuries. I myself used the day as a critical date at the end of my novel. It's a date that holds peace and love at it's core. Truly something missed in today's society.