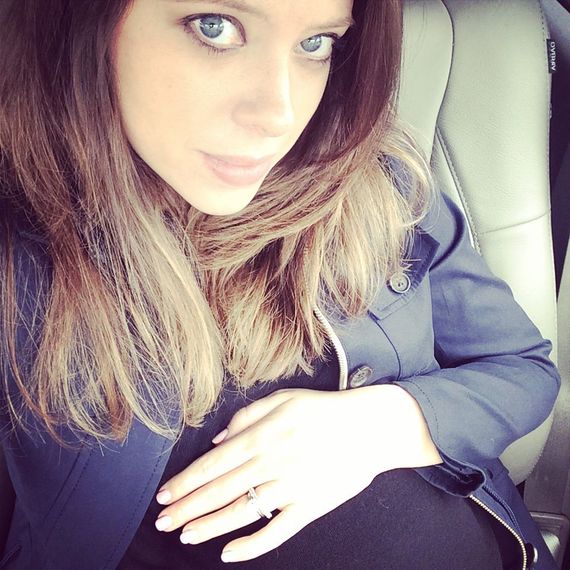 The first nine months go by at a snail's pace. (OK, I once wrote that it was actually 10, a theory based on lunar calendars and the feeling of endlessness you reach at 40 weeks when all you want is your baby out -- but people hated me for it. So we'll call it nine!) The second nine months go by so fast, you swear you didn't even blink.

Willow has been 9 months old for a week and a half, but the reality of it just really set in when we went to her appointment yesterday. Nineteen pounds, zero ounces. Just over 10 pounds up from birthweight. More than double her original size! There are weeks that go by in the beginning when they're so little, you can almost picture tucking them right back in, curling them up and having them still fit. No way -- my little bruiser is so far past that point, people have started asking me, "Is she 1?"

NOOOOOooooooo. She's "nowhere near" 1, I say. But inside my heart is crying, because I know that milestone is fast approaching, too. 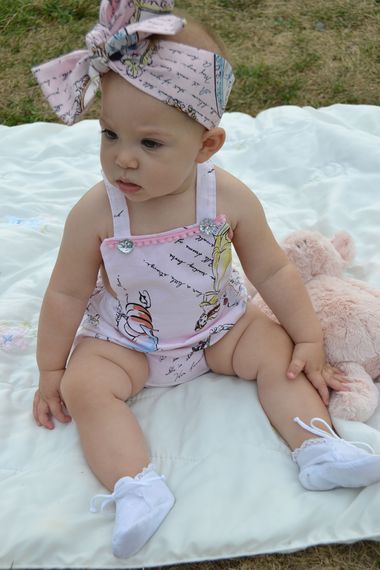 In the second nine months, she lifted up her head. Then a hand (or two). She smiled. She rolled. She giggled. She reached for me. Said "Dada," then finally "Mama." She grew two teeth! They're the cutest stinking teeth I've ever seen, but they caused a lot of drama for all of us as they poked their way through the surface.

In the second nine months, she stole our hearts right away and proceeded to teach us each day how big they could really grow. She perfected a delicious, breathy tone of voice used for face-to-face morning chats. I can't get it on camera, because she knows. She only does it when it's just you and her, and I'm OK with that. I write it and I'll remember. The words will remember, at least, even if I don't.

The second nine months were for parks and snacks, blocks and books. They were for crazy growth spurts and pajamas that seemed to shrink overnight. Some sleepless nights, but plenty of laugher. Trying new things, new foods, and a few steps.

The first nine months on the inside, I dreamed about what it would be like to finally be her mother. I anticipated her arrival with a sort of warmth and fervor I never could have imagined before I got pregnant. But the second nine months. My God, they've been incredible. The days are filled with the presence of this sweet soul who is at once so small and so huge. 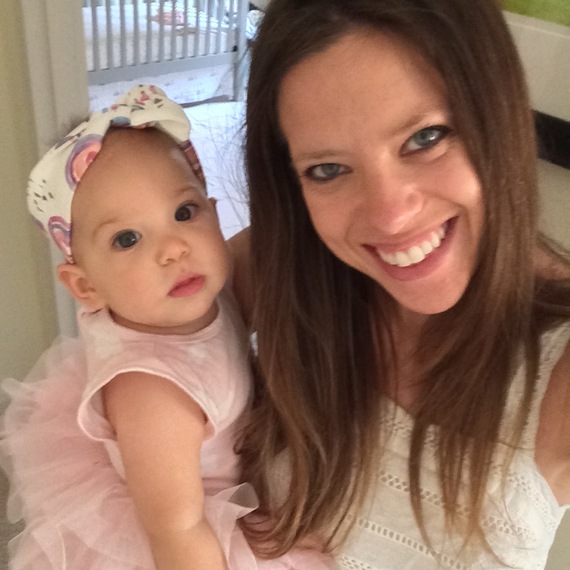 My Willow, you won't remember these second nine months, but one day you'll read about it. Sometimes, people ask me why I take so many pictures. I do it so we can remember. I don't want to miss a moment, but I also don't want to forget a day. So I take pictures and I mark down words when I can. They stay put while you just keep on growing. Yes, there are times when I want to curl you up and put you back inside. A small part of me will always miss those newborn mornings, just your tiny body resting on my tired chest, the quiet world rushing by outside, unbeknownst to us. The snuggle-ins with your dad at night and on the weekends.

But you're growing, which is what you need to do, and who knows what life will be like in another nine months? I can't even picture it! But there's exactly one thing I know for sure: Your mother will always love you. Minute by minute, day by day, month by month, and forevermore.

This post originally appeared on Born to Be a Bride.

Love In One Photo
More:
parents-having-a-babyParentsparents-babiesvoicesparents-moms