Corom Thompson and Santosh Balasubramanian, Engineers in Information Management and Machine Learning at Microsoft were playing around with Microsoft's newly released Face Detection APIs through a web page called http://how-old.net.

What happened then was magical.

In their own words on their blog, Corom and Balasubramaniam, say

We were expecting perhaps 50 users for a test, but - in the end - got over 35,000 users and saw the whole thing unfold in real time.

When at least a hundred of my friends posted their pictures and results from how-old.net, I had to check it out. 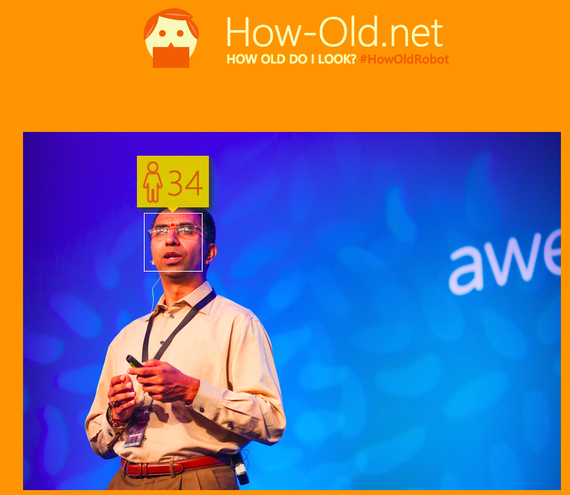 Why did this one day project go viral?

Here are some thoughts upon reflecting on this a bit:

First, It was personal: Who would not *secretly* check what the system says about their age??

Second, it was socially induced curiosity. If a dozen of your friends are posting their results with comments, sooner than later, you would want to follow suit.

Third, the result set inspired people to share them. Think about it - there are only three possible results:

a) Surprise: The system says you are younger. It's a positive surprise. You are delighted to share

b) Shock: The system exactly guesses your age. You are *shocked* at the accuracy and immediately want to share

c) Second Attempt: The last possibility is that the system guesses your age wrong in the wrong direction. You don't want to believe it so you make a second attempt with a different photo. Once you get it right, you want to share

Fourth, there is enough social proof with others sharing their results and you are just one click away from sharing. In other words, they made it dead simple to share.

It was fascinating to watch this project unfold.