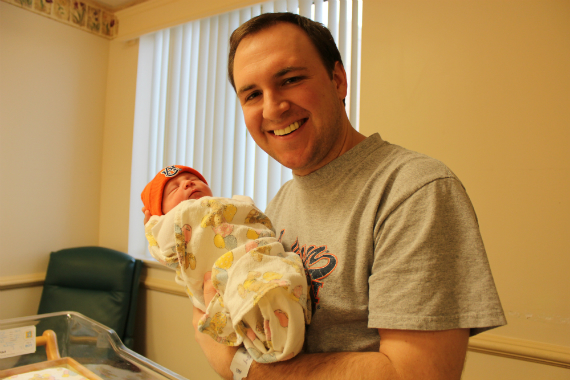 Creating a birth plan is standard practice for expectant mothers, and rightly so. In a stressful situation, you don't want to miss a chance to get an epidural or kick out an overbearing in-law.

But shouldn't expectant fathers have a birth plan too? A wise father would say he doesn't need a plan. He only needs to say yes to whatever his wife wants and needs.

But privately, an expectant father knows he desperately needs a thorough plan to avoid blacking out from the pressure to act like everything is completely normal and going great. Here are 10 suggestions for such a secret birth plan for dads: