After losing Cassie (Britt Robertson) to Adam (Thomas Dekker) and ending his fling with Faye (Phoebe Tonkin), what's in store for Jake (Chris Zylka) on "The Secret Circle?" Saving Cassie Blake, for starters. As if any boy in Chance Harbor had anything better to do.

In Thursday night's all-new episode, entitled "Return" (9 p.m. EST on The CW), Cassie's thought-to-be-dead evil father, John Blackwell, shows up on her doorstep asking for the medallion she found in the wreckage of the fire that killed their parents.

"Everyone is after her at this point," star Chris Zylka told HuffPost TV. "She's starting to lose control of some of her dark powers, and that gets her into a little bit of trouble with the return of Mr. Blackwell."

But John Blackwell isn't the only dangerous figure after Cassie and her magical medallion. Eben (Sammi Rotibi) and his band of witch hunters are after her too, and when they capture her, it won't be pleasant. If there's anyone who knows what the witch hunters have in store for Cassie, it's Jake. After all, he was a former witch hunter himself.

"Eben hates witches," said Zylka. "He's hated Jake from day one because he was a witch, and I think that as fearless as Jake is, he was always scared of Eben. He never wanted anything to do with Eben -- until, that is, now that Eben is after Cassie."

That's where Jake steps in, once again playing the Damon Salvatore to Cassie's Elena Gilbert. ("Vampire Diaries" crossover alert, anyone?) He ends up facing his fears, standing up to Eben and offering himself in Cassie's place. "She always accepted Jake for who he is," said Zylka. "There's something about Cassie that fascinates him."

While Jake may be terrified of Eben, Zylka hopes that the witch hunters stay around for a little while longer. What's a witch's tale without the threat of a witch hunter?

"I love the witch hunters," revealed Zylka. "It gives this modern-day show this eerie sense of the past. I mean, Eben is an amazing old name. [Laughs] That whole storyline gives the show a sense of history, back to the days when there were witch hunters and when being a witch was a crime."

Meanwhile, while Jake's offering himself to Eben and the witch hunters, Adam goes on a witch hunt of his own as he tries to round up the circle to save Cassie.

"Adam has obviously won Cassie," said Zylka. "If you weren't crying at the end of the last episode, you don't have a heart. [Laughs] It was the most amazing romantic scene in a show about witches that I had ever seen, so of course, Jake is going to be jealous. He's never lost before. Jake is so enthralled with winning and always being the best, and he finally lost something that he could have controlled. I'm not sure if he's going to know how to deal with that, even though him and Adam have grown to put up with each other."

If there's one thing that Adam and Jake do agree on, however, it's Cassie's safety, and with John Blackwell back in the picture, these two might finally come to an agreement. "How would you react if you met the devil?," asked Zylka. "That's sort of what John Blackwell is to the circle. They've talked about him like he's evil, and now he's real. What's he coming back for? No one really knows, and everyone wants to protect Cassie, especially Adam and Jake."

Amidst saving Cassie from witch hunters and black magic, Jake also has his own family drama to deal with. Earlier in the season, the death of Jake's brother Nick (Louis Hunter) shook the circle to its core, but there's been little investigation into the mysterious causes of his death since, and while we all know that Dawn (Natasha Henstridge) and Charles (Gale Harold) killed Nick, the rest of the circle is clueless. Will big brother Jake finally go on the hunt for the truth?

"I really hope so," said Zylka. "That story kind of disappeared, and it's a big one for Jake. I think it’s something that will always be on his mind, but no one has really brought it up. Jake and Eric hadn't talked in two years, and there was a lot of tension there. Nick's death is certainly a mystery ... I don't think Jake has thought about it too much, but hopefully he begins to."

"The Secret Circle" airs Thursdays at 9 p.m. EST on The CW. Watch a clip from Thursday night's all-new episode, "Return," below.

As much as we love "The Secret Circle," Cassie Blake wasn't the first teenage witch to cast a spell on us. Check out our favorite supernatural characters below. 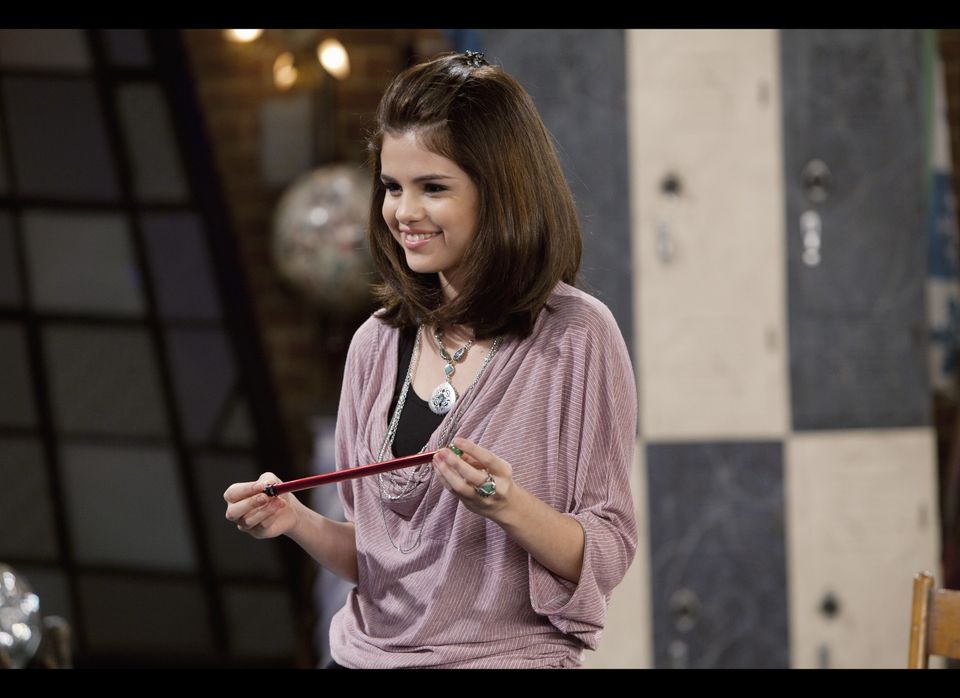 1 / 13
Alex Russo, "Wizards Of Waverly Place"
Alex, the middle and only female Russo child on "<a href="http://www.aoltv.com/show/wizards-of-waverly-place/186182" target="_hplink">Wizards of Waverly Place</a>," is perhaps the most sarcastic character ever to grace the Disney Channel and it's hard not to love her. Although she typically winds up in trouble -- either for her sharp tongue or her constant schemes -- it takes a lot of brain power to come up with the words and devious plans she does. While her older brother/arch nemesis Justin excels in both wizard and high school, it's Alex (Selena Gomez) who has the street smarts. As she says in one episode, "I am too book smart! Sure, I don't read books, but I hollow them out and hide things in them." Maybe she even has enough smarts to <a href="https://www.huffpost.com/entry/wizards-of-waverly-place-_n_1181009" target="_hplink">win the family wizard competition after four seasons</a> of ups and downs.
Disney Channel