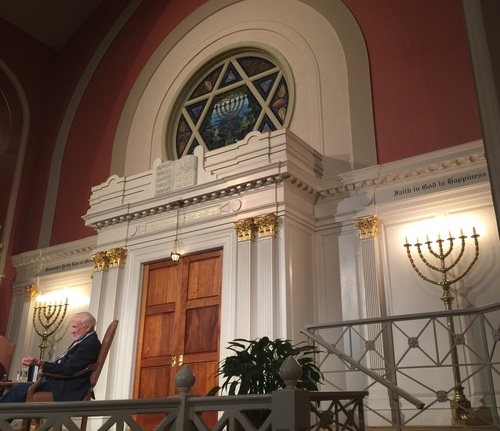 I vividly remember watching the awesome drama of the first moonwalk on July 20, 1969. I was in a National Science Foundation summer archaeology project. The most modern and the most ancient thus commingled in front of the black and white TV in the Student Union of Clarion State College in the company of our teaching aide, Carol. Magical.

We later learned that there was another drama taking place at Tranquility Base, in secret. It was a drama that anticipated a culture clash reaching virulence today.

Huffington Post Religion, in 2014, presented that drama in The Moon Communion of Buzz Aldrin That NASA Did Not Want To Broadcast:

"As Neil Armstrong and Buzz Aldrin prepared to take 'one small step for man,' Aldrin wanted to commemorate the moment in a way he found most personally meaningful -- by taking communion.

"Aldrin wrote about the experience a year later....

'In the radio blackout I opened the little plastic packages which contained bread and wine.

'I poured the wine into the chalice our church had given me. In the one-sixth gravity of the moon the wine curled slowly and gracefully up the side of the cup. It was interesting to think that the very first liquid ever poured on the moon, and the first food eaten there, were communion elements.'"

That Holy Communion wine, curling slowly and gracefully up the side of the cup, was the idyll. The secret drama?

"[Aldrin] originally wanted for the experience to be broadcast with the rest of his comments, but wasdiscouraged by NASA, which was at the time fighting a lawsuit brought by atheist activist Madalyn Murray O'Hair. She sued them over the public reading of Genesis by the crew of Apollo 8, citing the status of astronauts as government employees and the separation of church and state to support her case."

"Separation of church and state?" Nowhere in the First Amendment, nor anywhere in the U.S. Constitution, does the phrase "a wall of separation between church and state" exist. That was from a letter from President Jefferson to a Baptist congregation, in Danbury, Connecticut, in 1802.

"I contemplate with sovereign reverence that act of the whole American people [meaning, the First Amendment to the Constitution] which declared that their legislature should "make no law respecting an establishment of religion, or prohibiting the free exercise thereof," thus building a wall of separation between Church & State. Adhering to this expression of the supreme will of the nation in behalf of the rights of conscience, I shall see with sincere satisfaction the progress of those sentiments which tend to restore to man all his natural rights, convinced he has no natural right in opposition to his social duties."

The interpretation of this letter has been badly warped. As historian Thomas S. Kidd, Senior Fellow at the Institute for Studies of Religion at Baylor University wrote for the History News Network:

"Jefferson represents a kind of political animal we would never see today: a person skeptical about Jesus's divinity and resurrection, yet backed by evangelical supporters who loved his deep commitment to religious liberty. He wanted to end sectarian religious preferences in law, but he generously honored a public role for religion. Despite his own doubts about Christianity, Jefferson realized that America was a place of both religious diversity and religious strength. His vision of church-state separation would protect these conditions under the expansive canopy of religious liberty. Maybe activists on both extremes of the debate over church-state relations today could learn something from his example."

President John F. Kennedy's Executive Order against discrimination in federal employment begins "discrimination because of race, creed, color, or national origin is contrary to the Constitutional principles and policies of the United States...."

The New Oxford American Dictionary gives the primary meaning of "creed" as "a system of Christian or other religious belief; a faith." To discriminate against people on the basis of their religious belief is itself well known as a form of bigotry. Arbiters of our new cultural hegemony have managed to stigmatize those of faith and conflate some of its elements, such as religiously orthodox codes of sexual morality, with bigotry.

The informal censorship by NASA of Buzz Aldrin's perfectly lovely, perfectly legitimate, celebration of Communion on the Moon was an ominous precursor of something now slouching to be born.

Apollo 11 deposited the first Bible verse on the Moon. The Vatican supplied Psalm 8, "Jahweh our Lord, how great your name through the earth, above the heavens is your majesty chanted," as part of the contents of a disc containing messages from 73 countries. On the flight home Aldrin broadcast a recitation of the second and third verse of the same Psalm:

"I've been reflecting the events of the past several days and a verse from the Psalms comes to mind to me. 'When I consider the heavens, the work of thy fingers, the moon and the stars which thou hast ordained, what is man that thou art mindful of him?'"

These inspiring words, like celebrating Communion on the Moon, in no way denigrate other, or even non, believers. Diversity applies to creed as well as to color.

There is room to honor diverse creeds and those who hold them. Progressives celebrate diversity. Whether secular or religious those of us engaged in Living Room Conversations celebrate difference.

When I consider the heavens,

the work of thy fingers,