Poll Monitor, Americans for Electoral Vigilance: I think you're the right person to speak to. My colleagues and I--we're the ones in the stars-and-stripes pants--we've been observing this thing you call voting very carefully and, to say the least, we're not happy about it.

Polling Supervisor: I'm fairly busy at the moment. Today is November 8th. But what's your complaint? 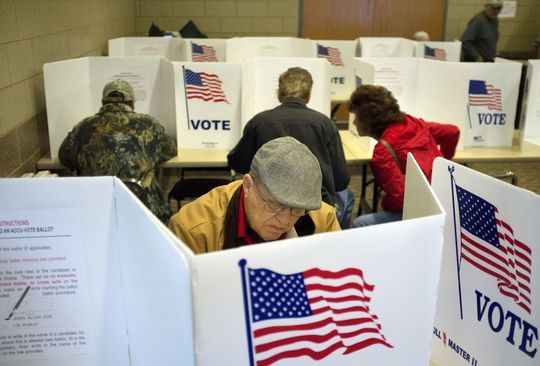 Supervisor: Can you be a little more specific?

Poll Monitor: You heard what I said. And all this is going on under your noses, right here in western Pennsylvania.

Supervisor: This is New Jersey.

Poll Monitor: I should have known. Twisting my words. You're a member of the media, aren't you? Would you like us to inform the attorneys who make up our Election Protection Network? Let me warn you: we're a select, Navy Seal-type operation.

Supervisor: (Sighs.) What are the specifics of your observations?

Poll Monitor: We've discovered that you've been allowing voters to complete ballots while stationed inside private cubicles. It's nearly impossible to see what vote rigging might be going on behind those opaque curtains you've installed. 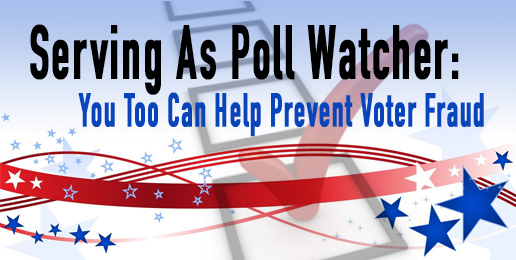 Supervisor: But that's the way it's always been done.

Poll Monitor: Just the sort of corruption we suspected. We're going to have to assign one monitor per cubicle. One per voter, in fact.

Supervisor: You can't do that.

Poll Monitor: Just watch us. What's more, when our monitors tried to review one of those voting forms for unusual markings, it was quickly fed into that electronic machine over by the door.

Poll Monitor: Sure it does. In complete secrecy. I'm notifying the lawyers. Not to mention, there's a dog in here. 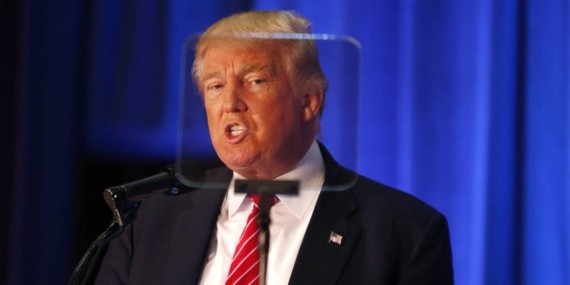 Supervisor: If you wish, sir.

Poll Monitor: Oh, almost forgot. The head monitor discovered that voters were filling out forms using implements other than #2 pencils.

Poll Monitor: I've got you there, haven't I? In fact, there isn't a single #2 pencil in this entire polling station!

Supervisor: We use markers here to connect the arrow.

Poll Monitor: (Long silence.) Well, what about the dog?