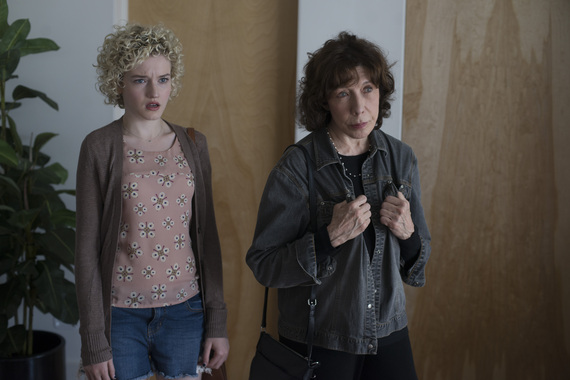 The new film Grandma tells a story rare for American cinema: a lesbian of advanced years (Lily Tomlin), in mourning for her soul mate and on skittish footing with the much younger woman she's been seeing (Judy Greer), is suddenly thrust into an adventure involving her teenage granddaughter (Julia Garner) and an unwanted pregnancy. The female-centric subject and cast are courtesy of a filmmaker who would perhaps not be one's first guess for such material: Paul Weitz, whose directorial debut (with his brother, Chris) was the proud cultural touchstone American Pie.

Weitz has a pattern of upending the expectations brought by his early success, though, writing and helming a wide range of resonant and entertaining pictures. From the deservedly beloved About a Boy to lesser-known gems like the affecting rom-com/workplace dramedy In Good Company, sharp satire American Dreamz, sweet-tart comedy Admission, or the giddy series most recently bringing him to New York, Mozart in the Jungle, Weitz can be counted on to marry classic screwball intelligence with an enlightened contemporary sensibility.

I meet the 49-year-old writer-director in downtown Manhattan on an early summer morning armed with tidbits about his history; I've read that his mother was Imitation of Life actress Susan Kohner and his father iconic James Bond-ian designer, novelist and historian John Weitz. But I've tried to resist further Googling in hopes of getting to know him as one does talking with any stranger. He's staying at a hotel, so his home base is the first thing I ask about. Weitz pauses, then says he lives in California but grew up in the heart of the city, on 57th street and Sixth Avenue. 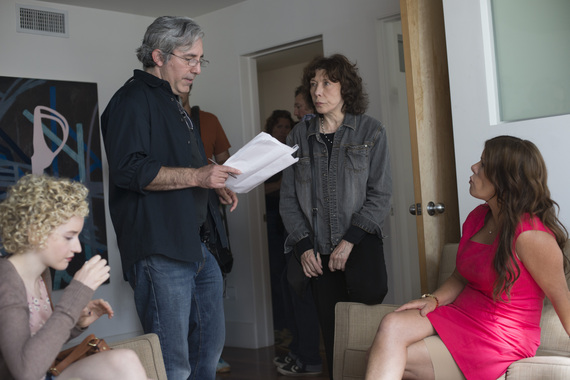 A shorter version of this interview appeared in Dame Magazine.