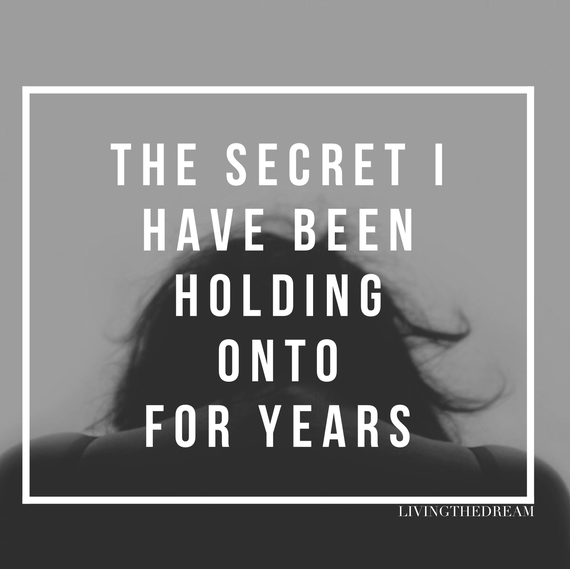 For many years I hid a secret not because I was ashamed, but because of the nature of my former career in the military.

A career that spanned over two decades. A majority of it during a time of war. The world where secrets were common but used against you without a second thought.

Where ones like mine could have instantly taken me out of a leadership position and seen me cast to the side by the powers that be.

I suffer from depression. There, I said it. And honestly, it feels good. Why? Because I don't have to hide behind other names of masking full blown depression.

See, the military called it an adjustment disorder. And that is how they wrote it up in my medical records. By calling it an AD, I could continue to hold the positions I did. But if they had said full blown depression, not likely.

Now that's not to say that there are not people serving in the military with depression because there is. Just not a lot of people who would admit it. It is an Alpha Male and Female culture. It closely resembles a wolf pack, and if they sense fear, they will feed on that. So up until two years ago I hid it. I finally realized I had an issue when I couldn't remember things. When I would subconsciously block out significant events and not remember a single detail. Not one.

So I went and saw a great doctor while living in Schweinfurt, Germany, and he was a great help. He wanted to diagnose me has clinically depressed. But I talked him out of it. I still had, at least, two years before I was due to retire and was afraid of what the military might do.

Through our time together he diagnosed that I became depressed through the loss of some friends and coworkers in the latter part of my career. Some of them died due to the war and another during a training event. I began to beat myself up about other things and not having the will and drive to get promoted further in the military ranks. I basically let everything snowball into something that was uncontrollable and too hard to stop it.

I wrote before here that I didn't believe in myself and it was true. I was very pessimistic during this time and I lashed out at everyone. But when I made the decision to retire it was more out of desperation rather than an actual plan.

I told my wife that if I stayed in the Army I would die. I honestly felt that in my heart. I didn't know how, but I felt an ominous ending. What saved me was that decision to leave and my last official job I was given.

I was in charge of a company of soldiers, and it was the best decision ever. Those soldiers energized me. They brought me to work every day happy (though I didn't let them know that) and ready to help them in any way I could.

They will probably tell you I talked them to death, but I felt alive when they came to me for help and guidance. I would pour out everything I learned throughout my career and gave the best advice possible. I stayed on top of them to get them to do their best. And through all of that effort, this blog was born.

In September of 2014, my time as a leader of these wonderful soldiers was coming to an end. So I created this blog. This blog has helped me in ways I can't describe. Because when I am writing about problems that I hear all of you talking about, it is really therapy for me.

It has put me on the path to strive for greatness. I am not the same person I was pre-2013. It has helped me to suppress the demons of depression and I know what my triggers are. I keep a journal and am thankful every day for my family and friends who truly stood by me when they had no idea what was going on inside of me.

My name is Antonio Vereen. I suffer from depression, but don't count me out. I have a lot more work to do, and I will beat this.

More:
Veteranshealthy livingdepressionperseveranceStronger Together
Newsletter Sign Up
An essential daily guide to achieving the good life
Subscribe to our lifestyle email.
Successfully Subscribed!
Realness delivered to your inbox