We all have those foods that have the power to instantly transport us to another time in our lives. It may be the taste of something or simply an aroma, but in that moment we are suspended from our present reality and are taken to place full of flavor and memories.

For me, it's my grandmother's spaghetti sauce.

I can close my eyes and imagine her standing in her kitchen, washing dishes at the sink, gazing out of the window over a petite statue of the Blessed Mother (who was either facing forward or backward, depending on the weather she wanted for the next day). Her pot of sauce would be simmering on the stove, beckoning her from time to time to give it a little stir. The whole apartment, as well as the halls in the apartment building, as well as the area outside of the apartment, would be filled with the aroma of garlic, tomatoes, garlic, oregano, onions, basil, and garlic.

I can also imagine my father spending his Sunday amidst a messy array of pots and pans and ingredients, shifting constantly from the counter, to the stove, to the sink, following every word of my grandmother's recipe. Its luscious scent would linger in our house for days.

The truth is, however, it was not actually her recipe. 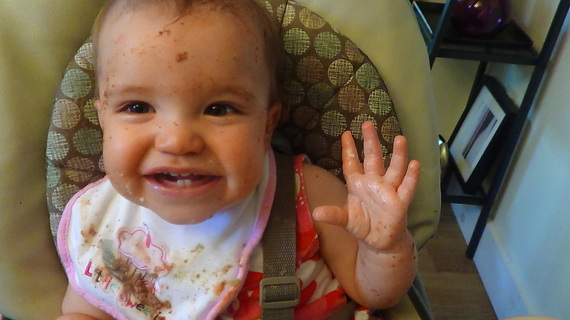 Here is how the story goes:

When my grandparents got married in 1948, my grandmother did not know how to cook. Her mother died when she was young, and she had an older sister who took on the cooking duties. There were other things to which she needed to attend, and she just never learned her way around the kitchen. (Honestly though, as the daughter of Irish immigrants, how high were those expectations really?)

In an adjoining apartment to the newlyweds lived and old Italian woman who was probably born in Italy, and therefore, unlike my Irish ancestors, was born with pots and pans in her hands knowing how to cook. Graciously, she took my grandmother under her wing, and I am not sure all of what she taught her, but I do know the one thing that Peggy Ryan was able to conquer was her recipe for spaghetti sauce.

It was a process that began in the morning and lasted all day. Hearty and sweet, it paired most perfectly with sweet Italian sausage. And as it always goes, it was even more mouth-watering poured over pasta the day after it was prepared.

My mother made it when I was growing up. When my mother returned to work once my siblings and I were school-aged, my father (by necessity) took an interest in cooking and started making it. Once I was married, I felt the responsibility to begin cooking it myself.

And now here I am, standing in my kitchen over a pot of my grandmother's "gravy." Having made it only a few times, I am not yet fully confident in my abilities that I could make it as well as she did, and I have yet to do it without a few phone calls to my parents, most especially to my dad who has seriously perfected it and takes such pride in having done so. I'll get there some day.

I am fully confident, however, that I have finally discovered its secret ingredient. (That doesn't count the glass of red wine you have to drink while making it.)

What makes this recipe so special and so delicious is that during the process, perhaps every time you give it a stir, you have to think about where it came from.

By doing so, you fuse into the sauce a beautiful mixture of history, pride, kindness and love.

Some day, it will be my daughter and son standing in their own respective kitchens who will be following the decades-old (wait, centuries old? Where did the Italian lady get it?) recipe. You can be sure they will know its story. I can only hope that my cooking does it enough justice that it makes them just as nostalgic. 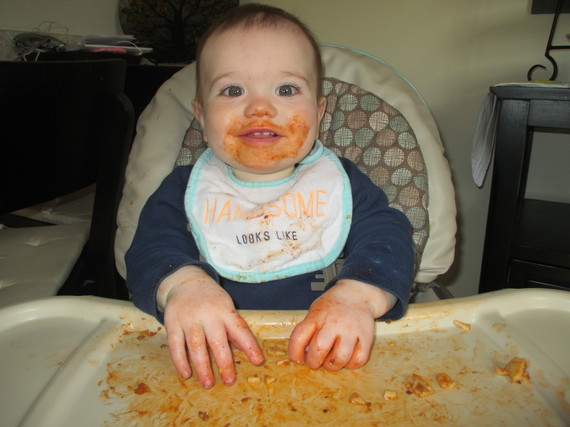