The producers of Despicable Me, The Lorax and Minions bring us another family-friendly animated film in this story about a terrier named Max whose quiet life is upended when his owner takes in Duke, a stray mutt whom Max instantly dislikes. With vibrant animation and a great cast, this is one you can share with your entire family. KIDS FIRST! Film Critic Gerry O. comments, "What do you get when you combine a fantastic cast, beautiful animation, original story and hilarious jokes? You get this new animated masterpiece, The Secret Life of Pets." Mia A. adds, "I could not wait to see The Secret Life of Pets and I was not disappointed! I LOVED it! The Secret Life of Pets is an animated comedy that is both funny and sincere." See their full reviews below.

What do you get when you combine a fantastic cast, beautiful animation, original story and hilarious jokes? You get this new animated masterpiece, The Secret Life of Pets.

The Secret Life of Pets is predominantly a comedy however, there is much more to this story than nicely delivered jokes. The film also dips into a cute romance story with a very strong main sense of adventure. Some action is involved to spice things up as well as some drama to keep the viewer at the edge of their seats and help see the relationship between the on-screen characters to their own pets. 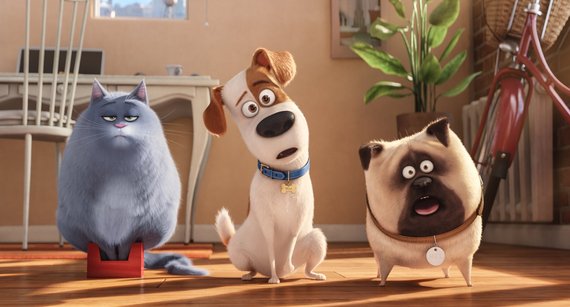 The adventure begins when Max (Louis C.K), an ordinary house dog, gets a new doggy brother, Duke (Eric Stonestreet). The two don't exactly become friends at first and when they end up at a park, they get separated and must go on a huge adventure where they meet many strange and interesting creatures as they journey back to their owner. 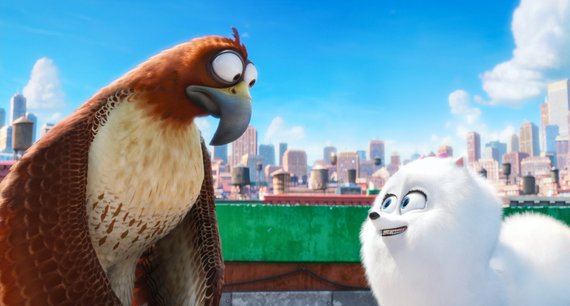 This film is a rare case where there is truly nothing to complain about. The comedy appeals to all ages. In the audience, kids were laughing throughout the entire film and so were adults. The story is entertaining and never gets boring or drag on. And, it keeps creating new fun ways to entertain the viewers. I also enjoyed many small references to other films. The whole movie has a very relaxed feel, which is perfect.

The cast is legendary with Louis C.K, Kevin Hart (Snowball), Albert Brooks (Tiberius) and more - all making the characters truly come alive. Visuals of downtown New York are stunning and greatly enjoyable. It is also worth mentioning that I greatly enjoyed the classical soundtrack of the film which is very unexpected for an animated family comedy. But, it elevates the jokes in many places and spices things up without going overboard. 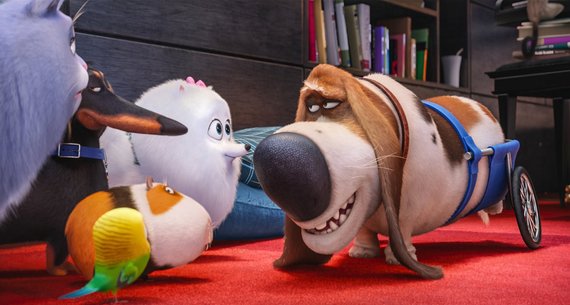 My favorite scene is when Duke and Max run into a sausage factory during their journey home. At the factory they, of course, eat many sausages and both overeat and imagine a heavenly sausage world. This goes back to the very relaxed feel of the whole film and the scene is completely random but seems to fit perfectly and made the audience laugh nonstop. 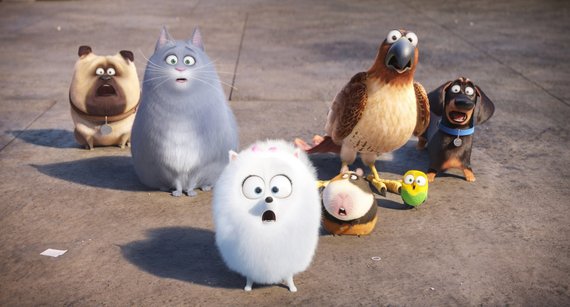 This film is meant for kids, but It appeals to adults too. I recommend it for ages 6 to 18. Some of the scarier animals may be a bit much for younger kids. I rank it 5 out of 5 because of its original idea, fantastic casting, new and funny characters, wonderful soundtrack and great sense of humor.

The Secret Life of Pets
By Mia A, KIDS FIRST! Film Critic, age 12

I could not wait to see The Secret Life of Pets and I was not disappointed! I LOVED it! The Secret Life of Pets is an animated comedy that is both funny and sincere. It is about a dog named Max (Louis C.K.), his new brother Duke (Eric Stonestreet) and their friends. Max doesn't like Duke so he does things that he hopes will get him kicked out of the family home. One day Duke comes up with an idea that he hopes will get Max taken away. His idea backfires and causes Max and Duke to get caught and almost sent to the pound. Will Max and Duke get home? Will their friends find them and help them get home? 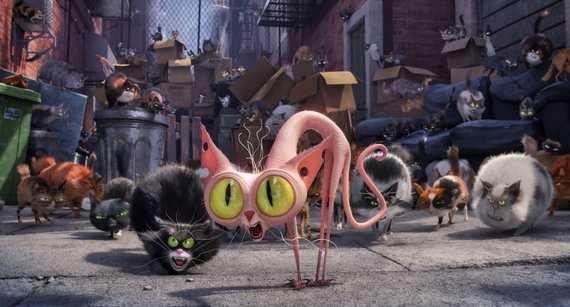 My favorite character is Gidget (Jenny Slate) who is a white little dog who likes Max. She is very sweet and kind, but when it comes to helping her friends, she will fight anyone. This is a funny trait of Gidget's because she is a super sweet dog but she will fight to protect her loved ones.

My favorite scene is when Duke and Max are in a wiener factory and there is a little song where the hot dogs come to life. Little kids might not like this scene because the singing hot dogs get eaten by Duke and Max and they eat the hot dog's heads off. 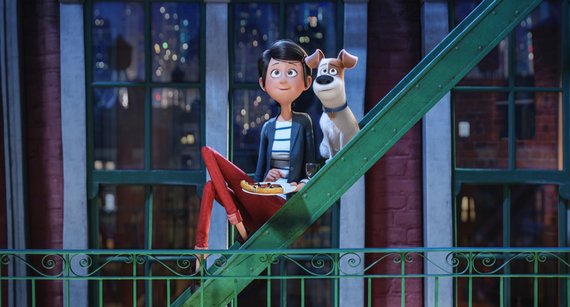 Though there are many morals to this movie, the most important is "Do not judge someone before you get to know them." Max doesn't like Duke when he first comes, but later on he learns to appreciate him.

The Secret Life of Pets is a funny cartoon about cute animals, but it may not appeal to younger audiences. There are some scenes that might be too scary for little kids. Also, Max and Duke say this to save their lives but, be forewarned they do say "put their owner in the blender." 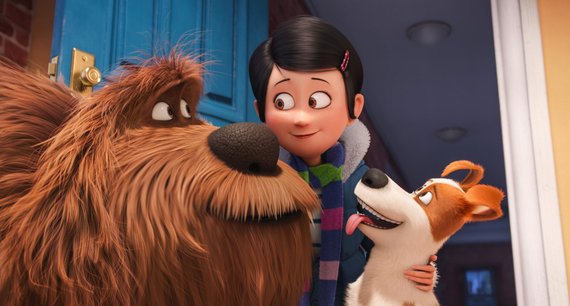 I recommend The Secret Life of Pets for kids ages 5 to 15 due to the scary scenes. Older audiences may like this movie if they love animals and fun cartoons. I rate this movie 5 out of 5 stars because it is entertaining and about my favorite subject...animals!

This movies opens nationwide July 8, 2016, go it in a theater near you. 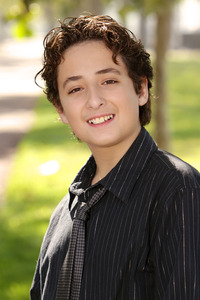 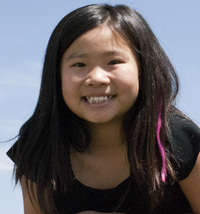