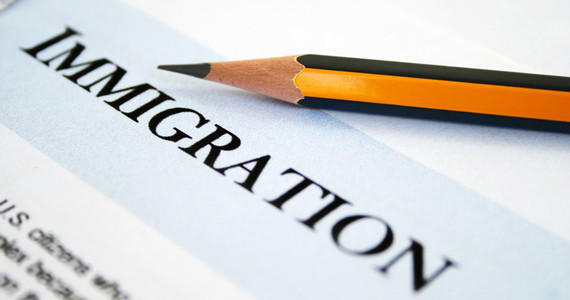 I'm an immigrant. No, not one of those 2nd generation, born and raised in the West sort of immigrants. I'm the real deal. I was born and raised in a middle-class family in Lahore, Pakistan, to a businessman father and a homemaker mother. After 9/11, my family feared for our safety and future in the country, so we applied for immigration to Canada. I landed in Toronto Pearson International Airport on April 10th, 2005, at the age of 17. And I'm here to tell you, we are not who you are led to believe we are.

When I think of the mainstream portrayal of immigrants in the West, particularly focusing on those from South-Asian backgrounds (Pakistani, Indian, Bangladeshi, etc), a few images come to mind. Mostly elderly men or women, wearing traditional garments from their home countries, smiling while proudly holding their granddaughter in their arms, who is also dressed in some sort of an ethnic attire. Very often the setting takes place at some sort of a religious venue, maybe a mosque or a temple, against the backdrop of a well-known North American city. This idea that immigrants are "just like the rest of us" who want to live in peace and be left alone to practice their religion and engage in their culture is constantly shoved in our faces. We are bombarded with words such as 'racist' and 'Islamophobic' if we say anything less than stellar about the growing immigrant populations in the West. There can never be any constructive dialogue about the very real issues immigrants face that stem from their respective cultures, because that would be "culturally insensitive" of us.

Those smiling pictures of the everyman immigrant who is no different from any other Canadian only show us a part of what life is like for immigrants; the good part. The part we don't see, and even worse, don't understand, is what goes on behind closed doors in these immigrant homes, particularly when it comes to raising children in the West. The short version: it's not going so well.

Imagine having to grow up in a culture that relies on shame to keep its youth under control. Imagine having to see your worth as a human being based solely on your virginity. Imagine being disowned by your family for dating someone dark-skinned. Imagine living with the knowledge that your destiny has been planned for you and there is no deviating from that path. Imagine being ostracized by your relatives for choosing to study graphic design at a community college, rather than going to university to study pre-med. Imagine growing up with a religion that teaches you that your happiness and wishes for your life come second to those of what your parents want from you. Imagine being threatened with eternal Hell fire for marrying a man outside of your religion. Imagine having to hear at every turn of life how you should be grateful that your parents gave birth to you and raised you and fed you and gave you shelter, and that you must repay them with your life by never defying their choices for how they best think you should live your life. Imagine learning through your parents just how conditional love really is.

Okay, let's change gears a bit. Now imagine yourself as a tan, brown-eyed, high school teenager from a South-Asian background, surrounded by white people. Chances are, you know a few things about these white people, without actually knowing them personally. You probably know that they're immoral. They're immoral because white people have pre-marital sex like it's no big deal. They also get married for the wrong reasons, like love or whatever. That's why so many white people are divorced, because they don't understand relationships, not like you do! You know that marriage and relationships are about two families coming together. Two families from the exact same religious backgrounds and the exact same socio-economic conditions and with similar status in their communities. Marriage is about having children, and then having very little say in how you raise those children because your parents and relatives will shame you if you don't raise them "right."

White teenagers hate their parents and have horrible relationships with them, unlike you, who would do anything for your parents and wouldn't dare utter a negative syllable about them. These white people are also not as ambitious as you are, since you study all day, go for math and science tutoring in the evenings, and always get the highest grades in your classes because you're expected to make your family proud so they can boast about you to their relatives back home. White people just don't 'get you' because you have big plans in life that have been scrawled in invisible ink all over the walls of your house since you were a child. White people just seem so care-free, they probably don't really have anything to look forward to in life. You, on the other hand, need to land that six-figure job at Facebook, or get into the top medical college in the country. Man, white people are wasting their lives away with art and music and sports. Like, seriously, who studies history in university?! I'll tell you who: a white person who wants to be homeless, that's who!

I'm just barely getting started here, but I think you get an idea of where I'm going with this. Where do these ideas and misplaced opinions come from? Are these really the types of things that immigrants say and think about white people, or anyone not from their own communities? No, not always, but if we're being honest, this happens more often than we'd like to believe. There are people who, in their ignorance and close-mindedness, formulate these harmful views about Westerners and pass them down to their children, making assimilation and integration into the adopted home country that much harder for the next generation. This has serious consequences in our societies.

At this point, I just want to make a few things clear: I am NOT anti-immigration (which would be self-defeating, no?), nor am I racist against my own people. I am not trying to cast immigrants in a negative light, which, again, would just end up putting myself at a disadvantage since I can not mask my own immigrant roots. Having said all this, I also believe that the immigrant silence needs to be broken.

For starters, this is a form of emotional abuse that we are taught is perfectly normal, and even necessary, to prevent our children from "becoming too Westernized". Universal ideas of freedom and autonomy are great in theory, but honour and family pride end up taking precedence when time comes to take action. Tactics such as blackmailing, instilling fears of abandonment and isolation, and threatening to send the children back to the home country if they don't comply with the parents' wishes are often utilized to keep our youth in check. We raise emotionally crippled and dependent children, who don't hold up very well as adults either. Plagued by fears of failure, of letting down one's family, denying ourselves what we truly want in life, and suffering from overall low self-esteem, we are barred from even acknowledging that all this is common practice within our communities and cultures.

We assimilate well in the workplace, at school, in society. We learn to follow the laws and dress appropriately and speak clearly in the native language of our new homes. But we don't assimilate mentally. We never come to fully understand and accept life in this new land. We view the freedoms and opportunities here at an arm's length, never really striving to achieve them. We view our new home, that accepts us and gives us shelter, as a place where we can only make financial and economic gains, not mental or emotional ones. Even though our families have physically left their countries, we are still caged in that mentality and way of life.

The immigrant family unit is a broken and tragic reality no one dares talk about. We churn out followers who want to comply with the wishes of those around them, not daring to make any ripples or cause any emotional unrest. We are learning that fighting for ourselves and standing up for our own rights and recognizing ourselves as unique individuals, with complex wants and desires, will only be met with ridicule and scorn from our families and communities. We are not raising informed citizens who will grow up to think of the greater good and want to make their societies better. We are raising sheep who will spend a lifetime pretending as though nothing is wrong, who will give up their right to make their own decisions, and worst of all, not even experience how wonderful and fulfilling life can actually be.

I don't want that for us.

There are those who will read this and say that I am exaggerating the true nature of what really goes on. There will also be those who will come from the backgrounds I speak about and say that they never had to face such situations, hence they must not exist. I understand how difficult it is to reflect upon who we are and where we come from, and to say "You know what, it's really messed up that we do these things." But we have to. We have to recognize the collective pain and unsaid suffering we experience, either by directly living through these conditions, or seeing others live through them. We have to come together and have this difficult conversation with ourselves, and with each other, if we are to hope for a change.

That is only the first step.