This summer, I’ve been occasionally accessorizing with cheap temporary tattoos purchased by the packet at beauty stores. I festoon my arms with black line drawings of birds or floral designs and enjoy the semi-permanent decoration. Quickly, though, I noticed an unwelcome side effect to my fashion choice: constant attention. Friends, understandably, asked me if I’d gotten a tattoo. Strangers, less understandably, grabbed my arm to ask me if the design was real. A guy at a bar asked about one as an entrée into hitting on me. As complimentary as these queries always were, the spotlight on my arm was baffling and intrusive.

I shouldn’t have been surprised. As Beverly Yuen Thompson points out in her new book, Covered in Ink: Tattoos, Women, and the Politics of the Body (NYU Press), women’s appearances are already subject to constant scrutiny and policing, and she’s found transgressive behavior, like visible tattoos, only encourages unwanted touching. “Men are considered more autonomous people, they are more intimidating physically, and touching a man has different repercussions and social meanings than touching a woman,” Thompson explained in an email to The Huffington Post. “Women’s bodies are more socially accessible.”

Thompson, who is herself heavily tattooed on the arms and back, has been studying the gender dynamics of getting tattooed, being tattooed and being part of the tattoo subculture for several years, and Covered in Ink surveys numerous ways women in the culture are marginalized. “When women [...] collect tattoos, especially when they become heavily tattooed and go outside the boundaries of 'feminine' tattooing, they begin to face social sanctions that remind them that they are not acting appropriately as a woman,” Thompson told me.

Studies, such as this survey from Fox News, suggest women have grown rapidly more comfortable with tattoos in recent decades; of the survey respondents, 47 percent of women under 35 are tattooed, while only 4 percent of women over 65 are. Thompson points out, however, that women tend to stick to the “small, cute and hidden” tattoos that have become socially acceptable -- dolphins, flowers and fairies, no more than a few inches, on the ankle, shoulder or hip are apparently common choices.

Women who violate these qualifications tend to face side-eye, and, in particular, women who choose to become heavily tattooed risk societal judgment. A full sleeve, especially of less traditionally feminine imagery, like skulls or zombies, signals masculinity to many, though often the women Thompson spoke to saw their tattoos as expressions of their womanhood. Perhaps this association with masculinity is why visibly tattooed women are frequently assumed to be LGBT, but while Thompson found LGBT women are overrepresented among heavily tattooed women, they were still the minority -- she estimated they comprised around 20 percent of those she surveyed.

Women more nominally beholden to gender norms -- particularly straight, married ciswomen -- still combat expectations of ladylike purity enforced by romantic partners, parents and peers. Mothers with tattoos might be perceived as unfit because they’re soiled or immoral; the very ink on their skin is perceived as tainting their feminine virtues. Tattooed women often feel pressured to cover up their work on their wedding day, perhaps the most traditionally ladylike day of their lives. Thompson, who covers her tattoos around her father, found this challenging due to her extensive ink. “The day I got married, I had to find a dress that would hide all my tattoos -- no easy feat!” she recalled. “Additionally, I felt I had to warn the bridal store clerks about my tattooed state, because I felt so out of place in that kind of store.“

The hyperfemininity and lingering purity connotations of the bridal industry -- the white dresses, the demure veils -- somehow don’t seem to jibe with visible ink.

As recently as the 1950s, one artist, Samuel Steward, recalled enforcing a rule of spousal permission for women getting tattoos to avoid blowback from furious husbands; some women, such as the partners of bikers, were permitted to get tattoos… that branded them as “Property of” their men. During that time period, Thompson pointed out, "policies that required women to have parental or spousal permission for doing many things in their daily life were common." A tattooed woman might seem on the fringes of society, of questionable character, not appropriately deferential to a male authority. Even now, she said, this pressure continues informally: "Many tattoo artists report that after getting divorced, women come to tattoo studios in droves, and say things like, 'My husband would never let me get a tattoo. So now I can!'"

The association of visible ink with sexual promiscuity and deviant behavior somehow still lingers. Heavy tattoos aren't perceived as enhancing women's attractiveness; young, conventionally attractive tattoo aficionados especially report hearing annoying comments like "You're so pretty, why would you do that to yourself?" in reference to their body art. Yet the fact that they've chosen to ink themselves seems to signal sexual availability to far too many. "Men on the street approach them thinking that they are easy women or into partying," Thompson said. "Having tattoos does not protect women from sexual attention, it increases it."

Still, choosing self-expression through bodily markings may be a natural choice for women, who are more visible than men, and less likely to have their actual voices heard. “Some tattooed women say that by looking at them, you can understand their stories and where they are coming from, they don’t even need to speak,” explained Thompson. Of course, she adds, heavily inked women are shamed and criticized, just as outspoken women are.

But more and more women are finding the power in emblazoning their values, life events and cherished artworks on their skin, and at the same time, more women have been finding that tattoo work is a valid path for a working artist. While many male tattooists in the rough and tumble mid-century times worked from templates, as Thompson notes in her book, many women have broken into the industry from the other end, by going to art school, then learning to translate their original designs to a human canvas. One artist, Cindy Lael, told Thompson, “I have seen the most amazing artwork from ladies who have only been tattooing a couple years.”

The average American may still associate extensive tattoos with biker gangs and, perhaps, Suicide Girls, but as the tattoo form has evolved in recent decades, women are challenging what it means to be covered in ink and what is possible in the form. It's about time the rest of society started to get used to it. 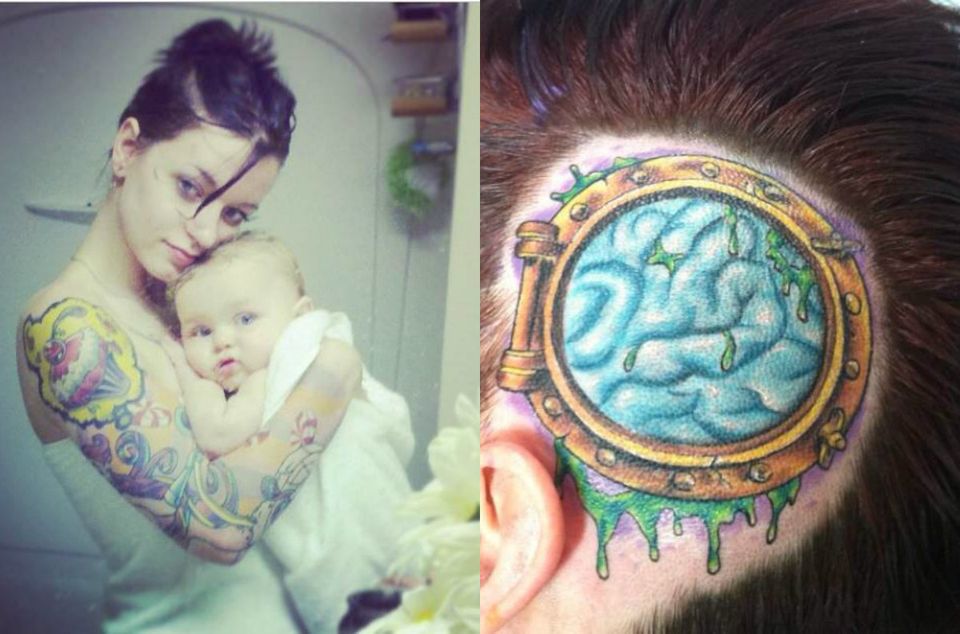