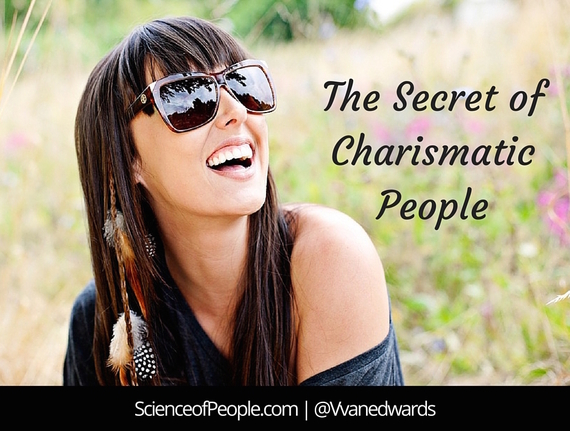 In one moment I learned my first major secret to people. Let me tell you the story:

Back in college, I was standing talking to one of my favorite professors at the club fair. Dr. David Edwards was not only my psychology professor at the time, but he was also one of the most beloved teachers at Emory University. Everyone loved him and his classes were always full.

Let me give you a little background: at this particular moment I was at the peak of trying to escape from my awkwardness. I had realized that people skills were important, but knew that I lacked any kind of interpersonal intelligence. So I was on the hunt for help.

I was perplexed by people and befuddled by social skills. Dr. Edwards seemed to have a natural presence and charisma to him. I saw it the moment he entered the classroom or walked into the cafeteria. People flocked to him.

As I stood next to him in a moment of calm, I mustered up the courage to ask him the question that had been burning my mind for months:

What's the secret to getting along with people?

I was expecting him to ponder this quietly and tell me he had to take a few days and get back to me. After all, this question is the subject of hundreds of books and has plagued philosophers for centuries. But, Dr. Edwards didn't even take a breath before answering.

He pointed to a tiny, quiet girl standing along the corner of the gym. "See that shy girl over there?" he asked. "She has the most amazing story." Then he pointed to a jockish guy laughing with his friends at the entrance to the gym. "See that athlete over there? He has the most amazing story." He continued to do this around the gym until I told him I got the idea.

Dr. Edwards had a huge hand in the work I do today because he taught me three fundamental truths about people:

People have many layers. If you love yourself, a good metaphor for you is to think of people like an onion--rings upon rings of flavor. People also have a lot going on beneath the surface--think of an iceberg. Only the very tip is above the water for us to see. Some people might seem boring on the surface, but their story lurks just beneath the water.

Truth #2: You are responsible.

Truth #3: It's about committing.

I am not a singer. I would like to be a singer, but I am definitely not one. I have absolutely no ear for beats, tunes or rhythms. This does not serve me well at Karaoke. In fact, Karaoke is something I avoid like a kid avoids frozen peas. Recently, I had no choice and was thrust into a Karaoke situation and signed up against my will. The song chosen for me? The Real Slim Shady by Eminem (do I look like a rapper to you?!) As I shakily took the stage, a friend whispered to me:

And she was right. The best Karaoke singers aren't necessarily the best singers. They are the people who storm the stage, bust out dance moves and have a blast trying (yes, I did try to break dance and pop-lock during my "rap," and I did get a big applause despite getting 80% of the words wrong).

If you show up thinking you suck or interact with people worrying you aren't good enough, that is exactly what will happen.

You don't have to be impressive to impress people.

Just show up ready to have a blast. Go in seeking stories. Actively interact.

Have a commitment story? Tell me about a time where you made other people interesting.