Shawn Johnson -- winner at the Olympics and on Dancing With The Stars -- has just published her latest novel for teens, The Flip Side (Simon & Schuster), a fictionalized version of her own coming-of-age story.

Johnson makes the seemingly impossible look impossibly easy. I wanted to understand how she did it.

Michael: You've gone after some of the most difficult things on the planet, whether it's the Olympics or Dancing with the Stars or becoming a bestselling author. Would you call it eye of the tiger, and if so, is that something that can be taught?

Shawn: Yes and no. When I look at everything I've done, it does look like I have the eye of the tiger. But in the moment, I just feel completely lost, as if I've never mastered anything. I'm always super passionate, though, and somehow things come together.

Michael: When do things come together for you? Is there a moment when you say, in gymnastics or dance or anything else, "I've got this"?

Shawn: It's funny, but it's normally not until I'm done. When it's over, I look back and say, I got the hang of it. Or, I can do this now. But by the time I figure that out and have that confidence, I'm already moving on to the next thing.

Michael: And why do you keep moving on to the next thing?

Shawn: It's a great question. I'm just not complacent. I'm the type of person who always has to be uncomfortable and challenging myself to do new things. Otherwise I get bored. As soon as I get good at something, I don't want to just level off and be there. I want to challenge myself to the next level or try something new.

Michael: So when I say eye of the tiger, what you're saying to me is that you have a higher tolerance for discomfort than most other people who would probably give up, because whatever they're doing is just so hard.

Shawn: Agreed. Yes, definitely. I have a confidence with discomfort. I can feel very uncomfortable in a situation, completely out of my league, but there's something about that that's addictive and really gratifying whether I succeed in the end or not.

Michael: What have you not succeeded at?

Shawn: Well, about a thousand things.

Michael: That's a badge of honor. Tell me about your relationship with the women's Olympic gymnastics team going to Rio. I've read that you think of them as your younger sisters.

Shawn: Honestly, the relationship is just like that -- big sister, little sister. A little sister wouldn't necessarily be asking her big sister every day, "Could you coach me and fix my technical flaws?" It's more about having a girlfriend to gossip with and vent to. I get more phone calls of girls just genuinely wanting to vent because they cannot really do that with their coaches and teammates.

They have to be machines around them, but with me, they can say, "Oh, I had a terrible practice." Or, "I really hate my coach right now." Or, "I just really want a cheeseburger." By having me to vent to, and for me to be able to say I went through that and it's normal, really gives them a sense of comfort.

Michael: I'm fascinated by the idea of the higher level of discomfort that you have compared with most people. Were you born with it? Did it come from being the odd kid out because you were the athletic one?

Shawn: I'm a very, very shy person by nature. I like to do what's comfortable. I like to stay in my bubble, stay in my box, but I have this incredible kind of consuming passion to try just the craziest things. I get that from my dad, and the shyness from my mom.

When I was a little kid, my mom always said, "I was always too shy to take risks, and that's my biggest regret, and I want to make sure you don't do the same." So even if I am incredibly terrified to try something new, I just suck it up and do it.

Michael: You've also kept a level head, which is hard when you're young and you have all that attention on you. It's a balancing act, I would guess.

Shawn: Definitely. The hardest thing I've experienced is growing up in a fishbowl where I had to figure out all the mistakes I made in public. My parents were just everything to me in that manner. They kept me grounded. If I started going off the path, they would make sure I got steered back as quickly as possible.

Michael: What were some of the risks your father liked to take?

Shawn: My dad is a daredevil. He races BMX, jumps out of planes, and does all kinds of crazy things.

Michael: There's a history here. This didn't come out of the blue.

Michael: So you're shy and you want to stay in your bubble, then you have to flip the switch and do something in public, and then you get to retreat back to your comfort zone. Is that about right?

Shawn: Yes, definitely. I'll put myself out there and do something crazy for a while, but then I want to curl up and go back to being the shy, quiet introvert that I am.

Michael: Your new book -- is that the message? That if you get out of your comfort zone, good things will happen?

Shawn: Definitely. That whole book is my life in a fictional way. Growing up, I had this huge conflict sharing my passion for gymnastics. I always felt like an outcast. Learning to embrace it and own the person I was, and not be ashamed, and take on that discomfort, set me up for life. So through the book I'm encouraging anybody and everybody to be who they are and not let anybody tell them who they are or are not.

Michael: Why did you start writing books?

Shawn: I've always read books, and I just feel there's a void for books that have strong morals and life lessons. So I thought, why not fill that void?

Michael: There's a story that Tony Robbins tells that in the Atlanta Olympics, they brought a former Olympian gold medal winner from the 1920s around the stadium and everyone went crazy, even though they didn't know what event he had competed in. They just knew he had been outstanding.

Michael: But since you're comfortable with discomfort, it sounds as though you'll find a way. 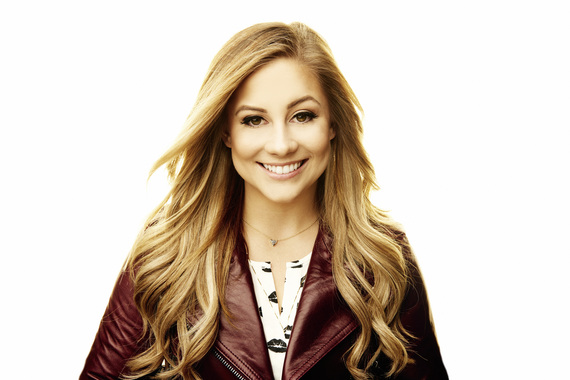 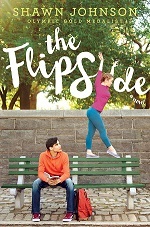