We all know that exercising regularly is good for our bodies and overall health. It turns out that keeping fit is also beneficial for our budgets, according to the American Heart Association. Their new study, recently published in the Journal of the American Heart Association, suggests that meeting recommended levels of exercise on a weekly basis can actually help minimize yearly medical costs. 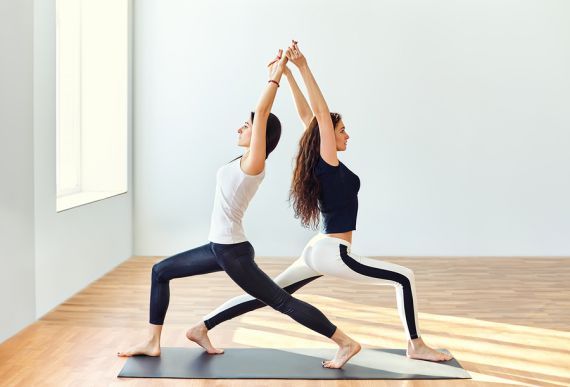 The study examined data from a previous national survey sample consisting of more than 26,000 Americans aged 18 years and older. Not included in the sample were people who were pregnant, underweight, or unable to walk up to 10 steps. The sample grouped participants into those who had a history of cardiovascular disease and those who did not.

Meanwhile, the study's healthiest participants who exercised regularly also showed notable savings in their health care costs. Those who had no heart disease or, at most, exhibited one cardiovascular risk factor, such as high blood pressure, high cholesterol, diabetes, obesity or smoking, paid $500 less in medical costs than their healthy counterparts who did not work out on a weekly basis.

"Even among an established high-risk group such as those diagnosed with heart disease or stroke, those who engaged in regular exercise activities reported a much lower risk of being hospitalized, (having) an emergency room visit and use of prescription medications," said Dr. Khurram Nasir, senior author of the study and director of the Center for Healthcare Advancement & Outcomes and the High Risk Cardiovascular Disease Clinic at Baptist Health South Florida, in a statement.

Continued Dr. Nasir: "The message to the patient is clear: There is no better pill in reducing the risk of disease and healthcare costs than optimizing physical activity."

According to the research, if 20 percent of non-exercising patients with cardiovascular disease start incorporating physical activity into their weekly schedules, the United States could save billions of dollars in annual healthcare costs. What could be more simple and inexpensive than going for a walk, bike ride or jog a few times a week? Your bodies, overall wellbeing and wallets will all benefit from regular exercise.