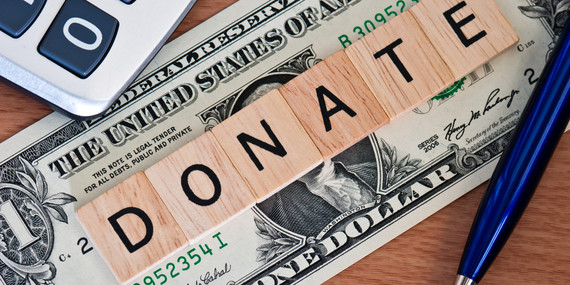 According to the World Bank’s most recent estimate, more than one billion people live on less than $1.25 per day. UNICEF estimates that an average of 18,000 children die every twenty-four hours from easily preventable causes. That’s equivalent to losing a young life every five seconds.

Faced with these figures, it’s easy to despair. But that’s a mistake. The world is steadily getting better. The percentage of people living in extreme poverty has declined dramatically over the past twenty-five years. Compared with 1990, 17,000 fewer children now die each day. What’s more, you and I can each make a significant contribution to improving the lives of the world’s poorest people.

Inspired by this idea, a growing number of people are choosing to donate a significant fraction of their income to the most effective developing world charities. I’m one of them. I am the assistant director of Giving What We Can, an international society whose members pledge to give at least ten percent of their earnings to whichever organizations do the most to help others. More than a thousand people have signed our pledge and our membership is growing every day.

Is giving really for me?

You might think this is admirable, but not for you. You’re a good person, but there are limits to what you can be asked to do for others. The idea of giving away as much as ten percent of your income might seem impossible. Wouldn’t this mean taking on a significant burden?

Well, would it? It’s worth thinking seriously about this question. After all, it would be extraordinary to be able to look back on your life and know that you had saved the lives of hundreds of people. What’s more, the answer to this question isn’t as obvious as it might seem.

How much you can afford to give depends ultimately on your personal circumstances. It’s something you have to decide on your own terms. However, it’s important that you be aware of the fallibility of your own intuitions. You are worse at making predictions about your own future happiness than you might think.

We don’t know what makes us happy

A significant body of work in social psychology shows that we systematically overestimate the impact that various life-changes will have on our sense of happiness, especially for those life-changes we expect to make us unhappy. Psychologists express this by saying that our affective forecasts (that is, our predictions about our future happiness) are subject to an 'impact bias'.

A person’s level of happiness is more stable and resilient than we expect. For this reason, people overestimate the unhappiness of individuals with disabilities, academics overestimate how bad it will feel to be denied tenure, and voters overestimate the negative impact of having their candidate lose the election. The impact bias works with money too. Studies show that people significantly underestimate the happiness of people earning lower levels of household income.

So if your gut tells you that giving a lot to charity would be a serious burden, it’s very likely that you’re wrong. It will cost you less than you think. Your expectations about the extent to which your happiness hinges on enjoying a certain level of income aren’t as trustworthy as they seem. Don’t let the impact bias fool you.

So does giving actually make us happy?

If we can’t trust our intuitions, how can we know what it would be like to give away a significant fraction of our earnings?

One thing we could do is to ask people earning different levels of income how happy they are, giving us a sense of how much income really matters for personal well-being.

Surveys of this kind have been carried out in many countries. They generally find that
the richer you are, the more likely you are to report being happy or very happy. Even so, the differences between people earning different levels of income tend to be slight. The correlation between income and happiness is small and much smaller than most people expect. In his bestselling book Happiness: Lessons from a New Science, economist Richard Layard estimates that lowering household income by one third means a fall in happiness of just two points when happiness is scored between ten and one hundred. It turns out that the effect of income on happiness is overshadowed by many other factors, such as health and personal relationships. These are the things that really matter.

When you give, you’re spending money, not losing it

Here’s something else to consider. Why assume that giving a significant fraction of your income to charity is like earning less? In reality, you won’t have a lower income, just one that’s spent differently. Otherwise you’d be just as happy (or sad) giving money to charity as you would be simply throwing that money away. But that doesn’t really make sense – if you’ve read this far, you presumably care about the welfare of people in developing countries and would be glad to know that their lives are being improved as a result of your actions.

So if your income doesn't affect your happiness all that much and we know you’ll gain some amount of life-satisfaction from the knowledge that your donations are improving people's lives, the key question is: how much?

There is evidence to suggest that spending money on others can make us happier than spending on ourselves. To start, we can point to some striking correlational data. One recent study examined survey data gathered from one hundred and thirty-six countries. The authors wanted to see whether donating to charity was correlated with greater feelings of happiness, even when controlling for household income. They found that, in almost all countries, those who gave to charity were happier. If fact, donating to charity had a similar relationship to individual happiness as a doubling of household income.

Of itself, this doesn’t prove that spending money on others is what causes greater happiness. However, there are experiments which suggest that this is in fact the case.

When a group of scientists carried out an experiment like this, most participants thought they’d be happier if they could spend the money on themselves. They were wrong. The people who were asked to spend their money on others ended up happier as a result.

This wasn’t an isolated result. The same researchers conducted a long-term study of employees at a Boston-based company who received a profit-sharing bonus. They found that those who devoted more of their bonus to prosocial spending experienced greater happiness later on.

Giving to others > spending on ourselves

We should obviously be cautious in trying to extrapolate from these results. Even so, these findings lend weight to the idea that giving our money to help others can be a source of personal satisfaction that outweighs whatever minor frustrations we might experience from having less money to spend on ourselves.

Anecdotally, that same idea is borne out when I talk to the members of Giving What We Can. Far from feeling like a sacrifice or a burden, most people say that joining Giving What We Can is an incredibly positive experience. Certainly, that’s been my own story. Given the evidence that income itself doesn’t matter all that much and that helping others often makes us happier, it wouldn’t be surprising if the same could hold true for you.

Ultimately, of course, it’s not about you or me. It’s about helping others who are malnourished, or suffering from terrible diseases like malaria, through no fault of their own. As it turns out, we can each afford to give a lot more than we might have thought. I can, and so can you. So let’s do it.

Andreas is Deputy Director of Giving What We Can.

Find out if you're in the global 1% by using Giving What We Can's calculator.

Andreas is Deputy Director of Giving What We Can and a Fellow at All Souls College in Oxford.