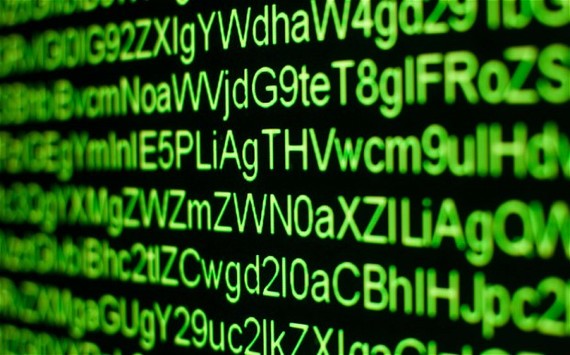 I was intrigued by an article in the British publication the Telegraph which seemed quite extraordinary. The piece was entitled, "Scientists Find Secret to Writing a Best-selling Novel."

For a writer, what could be more arresting than such a headline?

Among other things, the article said: "Computer scientists have developed an algorithm which can predict with 84 percent accuracy whether a book will be a commercial success -- and the secret is to avoid clichés and excessive use of verbs."

Computer scientists at Stony Brook University in New York employed a technique called statistical stylometry to mathematically examine the use of words and grammar in predicting how popular a book would be. While certain elements were analyzed, the scientists acknowledged that a "range of factors" would help determine a book's success, including "interestingness, novelty, style of writing, and whether or not a storyline is engaging." They also allowed that another external factor plays a significant role in the success of many books: luck.

Most authors will attest to the last factor.

To arrive at their findings, the group downloaded classics from the Project Gutenberg archive and analyzed the novels' texts. They compared the algorithm's predictions to historical information of each work's success. Everything from science fiction to classic literature and poetry was included. The article discussed several trends found in successful novels, including the number of conjunctions, nouns, adjectives and verbs used by the authors. To find less successful books, the researchers scoured Amazon for books ranking low in sales. Assistant Profession Yejin Choi, one of the paper's authors said, "To the best of our knowledge, our work is the first that provides quantitative insights into the connection between the writing style and the success of literary works."

While I found this fascinating, I doubt the study provides a "recipe" for writing a best-selling novel in any genre. While acknowledging that "interestingness," "novelty," "an engaging storyline" and "luck" play significant roles in the success of books, the study concentrated on form, and ignored content. Professor Choi acknowledges there is no way to evaluate the content of novels (their novelty and the holding power of the storyline).

I researched the best-selling novels of all time such as: And then There Were None, A Tale of Two Cities, The Lord of the Rings, and The Hobbit (100 million copies sold of each); The Lion, the Witch and the Wardrobe (85 million copies) and Watership Down (50 million copies).

It's interesting that, according to the study, books written over the span of 150 years in different milieus, may share a commonality of form. But what struck me most of all is the fact that each one individually is a deeply imagined work, plumbing the depths of the human condition.

We know today, some popular writers employ a "formula" such as fast-pacing, short sentences and chapters, and simple language, hoping to achieve success. Would I, as a novelist, seriously consider changing the manner in which I write?

The easy answer is: No.

My writing style is as much a part of my imagination as is the story I'm telling. I simply cannot use a recipe or blueprint in my fiction. I believe firmly that highly successful fiction depends upon non-quantifiable intangibles.

I think certain works of fiction succeed mostly because they tap into the collective imagination of millions, and touch something deep in the human soul.