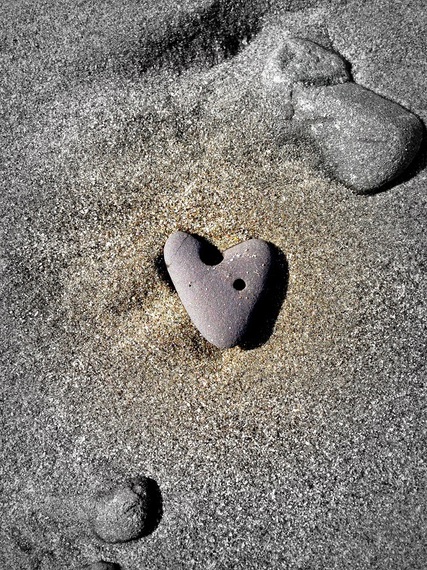 "I object to violence because when it appears to do good, the good is only temporary; the evil it does is permanent." -- Mohandas Gandhi

The recent rioting in Baltimore is simply wrong. No other word can describe it better in my simple mind. Just like the past riots in L.A. or anywhere else for that matter. Violence is never the answer, for violence will only create more violence and nothing positive will come from it. Period.

The above is what I wrote the day after it happened. Like you, emotions were flying in all different directions around inside my noggin. I was angry, sad, fired up to do something and much more all at the same time. After a time, I began to see the videos and pictures of the peaceful ones who spread calmness during the whirlpool of mayhem portrayed by mainstream media. Awareness. The only positive which I can fathom is that those of us who truly wish for peace in all cultures will speak strongly in a loving way.

"The limitation of riots, moral questions aside, is that they cannot win and their participants know it. Hence, rioting is not revolutionary but reactionary because it invites defeat. It involves an emotional catharsis, but it must be followed by a sense of futility." -- Martin Luther King, Jr.

So, how do we stop it? We cannot stop the actions of others from the armchairs of our living rooms. Lounging silently and throwing cuss bombs at the TV hoping to accomplish anything will only create violence within our own minds. The participants, the residents and the humans who live in the communities must take action in a peaceful way. Many loving humans are there, peacefully expressing thoughts leading to a dialogue.

We begin with our minds. Controlling our thought process is a positive way. We must encourage, support and help spread a growing dialogue. The uprooting must begin within the minds of our fellow humans who began the violence. The ones who began the violence have the capacity, as we all do, to see what can change not only in themselves but also in communities without borders. For, if our fellow humans do not take peaceful action, living life will only become worse globally. In the end, there is only one community... and we are all participants.

If your choice is to continually surround yourself with violence, negativity and hate which all rooted in fear, then that is what you will become. This applies to all of us... throwing cuss bombs is a sign to self.

The way in which we uproot violence is a personal choice. If we all choose to be positive, loving, kind and truly fear nothing in others then we will as a global culture, create a deeply rooted peace.

"Oh, but that is so hard, Frucci. I can't help but become enraged when so and so happens to me and others."

I know that statement first hand. Perhaps you can relate if you take a moment and think about your path of life. Back in 2003, I was fired from the last architecture firm which employed me after being an architect for 20 years. Why? Because I was a jerk during self-inflicted hellish years of things I saw happening "to" me. No, I never expressed physical violence, but I was a king at expressing verbal violence. Verbal violence is where the seed is planted. That seed can grow into physical acts of violence if it remains unchecked.

This is where we all have a responsibility. Instead of blaming something other than ourselves for what is happening, we must see that which is creating the negativity. What are you angry at right now? A cheating spouse, your child who just threw a fit, a lost job or something you do not wish to face? If you take the anger of you and spread the negativity to others through your voice as I did so many years ago, then you are spreading the seeds of violence. Stop.

Back then, I chose for many years to disregard what I was fearful of and take my frustrations out on others. I alienated loved ones including friends and family while descending into a whirlpool of negativity. My marriage ended in divorce, my sister died with me not talking to her for six months before she passed away in her sleep and the relationship with my own mother suffered. I created a pattern of mental violence because of choices made by me in life. My path did not have to take that course, yet it was the one I chose.

We all have ways in which we clear out negativity. Prayer for some, meditation, yoga, surfing, solo adventures, a walk in nature... whatever works for you. We, as equal humans exist with our emotions in this life together despite thinly veiled surface differences... even the ones some perceive as deep. Our souls all come from the same source. Call it whatever you wish or even nothing at all, it is the same. We are connected to each other.

When you walk your path today, spread the peace of your soul to all who appear in front of you. Even the ones who tweak the positive energy you walk into the world with each of your waking moments. For, those fearful ones are the fellow humans who desire our love the most. Give the gift of your light and it will spread like a virus...a good one. Peace to you.