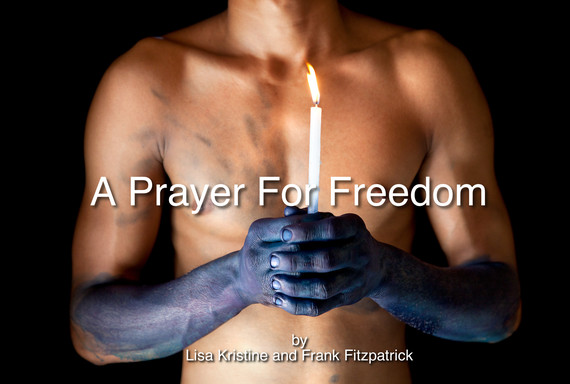 When I was a child growing up in Detroit, my Irish Catholic mother tried to instill in me a deep respect for two principles: Prayer and Humility. She wasn't promoting them from a mindset of lacking or weakness. Rather, as a way to cultivate unwavering faith and gratitude, laying the foundation for courage, compassion and a deeper connection to all living beings. Like Saint Francis of Assisi, after whom she named me, Mom saw prayer and humility as guiding principles for a virtuous life.

Much to my mother's dismay, I left the Catholic Church as a young adult. Meditation and mantra became my prayer practice of choice. I always loved that phrase: "If prayer is how we talk to God, then meditation is how we listen." I never could have imagined back then that the seeds Mom planted in me as a young schoolboy would one day blossom into a global campaign and collaboration with the Pope that shares my namesake, or that I would use prayer and compassion to help world leaders end modern slavery.

Fast forward to the dawn beyond midlife, and a notable career as a Hollywood Creative. I forged a new path as a social entrepreneur, based on a renewed commitment to use the power of music and film for the betterment of humanity. It was 2009 and I was working in Toronto on an international music and dance film, producing collaborations between some of the world's leading voices in conscious hip hop and dance.

Before one of the night shoots, I was doing a sunset meditation from high above the Toronto skyline. In the stillness, I heard a beautiful melody and began singing it to the words of an ancient Vedic mantra. This particular mantra, the Gayatri, is considered to be one of the world's oldest known prayers. As I sang, I felt a deep sense of peace and illumination. From that day forth, this new prayer song became part of my daily ritual.

A couple years later, I was in Oxford England as a delegate to the Skoll World Forum for Social Entrepreneurs. There I met my soon-to-be dear friend, renowned humanitarian photographer Lisa Kristine. What I loved most about Lisa's work was the deep personal story each image told, and the even deeper sense of inner beauty and dignity she illuminated in each of her subjects. At Oxford, Lisa and I committed to collaborating on a work one day that would help world leaders create an elevated capacity for deep listening and compassion.

In the spring of 2013, after four years of singing those illuminating words and melody, I received another message. I was meditating in the garden of the Gandhi Memorial near my Santa Monica home. It was time to share the song - to give it wings and let it serve a higher purpose in the world. That purpose was yet to be revealed. I called the composition "Illumination" and recorded it with New York soprano and long-time collaborator, Sasha Lazard.

The next leg of my mystical journey took me back to England, where I was giving a talk and helping facilitate a think tank on creativity for the Arts and Humanities Resource Council. The event took place on the ancient grounds of the Canterbury Cathedral. Erected upon ruins of a 6th Century Roman Catholic church, the Cathedral may be best known as the birthplace of the Church of England by King Henry the XIII, and home of the Canterbury Tales. Little did I realize I would also spend my nights on the Cathedral grounds, inside the walled campus of the ancient monastery and university that surrounded it.

The energy running through my veins that first night, as I explored the vast and enchanted campus, was palpable. I walked alone under a star-filled sky with the full moon rising behind the majestic Canterbury towers. I had the place all to myself that night. The prayer sang out to me like a choir of angels, while images of the sacred places and illuminated souls in Lisa's photographs flowed through my mind. I even felt the presence of my mother's spirit, reminiscing on her lessons on Prayer and Humility.

I returned to my room, opened my laptop computer, and quickly began assembling a short video marrying the song "Illumination" to Lisa's photographs. I felt the birthing inside me of a series of collaborations between the world's leading artists that could help shift the consciousness of the planet - Prayers for Humanity. I was convinced that the purpose of the song had finally been revealed. That sleepless morning, before giving my talk, I shared the idea with Lisa and waited for the next call.

The period that followed was a test of my faith. Several attempts to align the stars so the video could realize its full potential had hit resistance at one level or another. I had no choice but to surrender my plan, wait patiently, and listen for the next call.

Almost 21 months later, I received that call. Lisa was on the other line. I'll never forget her words: "I just returned from a meeting at the Vatican with Pope Francis, the Dalai Lama and a delegation of spiritual leaders. We were reviewing my photo collection for our book collaboration and the upcoming End Slavery exhibit. I was playing Illumination in the background and they fell in love with the music. They asked if you and I could do the video collaboration in support of the End Slavery campaign". While I was excited by the call, I was admittedly challenged by a wave of doubt.

It was only a few days earlier that I had vowed to end a seven-year pattern of giving all my energy and resources away in support of social causes, so I could create a more sustainable model of service that included a higher level of self-care. I was also unsure if I could create an inspirational video and stay in integrity with message of the ancient Gayatri prayer (intended to help us focus our attention on the glory of the divine light) by using only images of slaves and persecution. The lack of a budget, pending commitments, and the opening of the exhibit less than two weeks away, gave me pause. In that pause, I asked the universe for a clear message of how I should respond to the calling.

Without hesitation, an email appeared in my inbox. It was an announcement of the landmark decision that self-liberated slave and freedom fighter Harriet Tubman would officially replace American president and slave owner Andrew Jackson as the face on the United States twenty-dollar bill. The timing of the news pushed me to look deeper into the details of the upcoming exhibition, which would open with our video.

I almost fell out of my chair when my inquiry unveiled that the opening would be held at the newly constructed Harriet Tubman Theatre at the Freedom Center in Cincinnati. The center was built on the site of one the last stops of the Underground Railroad that American slaves passed through on their journey north, before arriving at my hometown Detroit to cross the River of Freedom to Canada.

My head echoed with messages from Lisa, from Harriet, from my mother, from the Dalai Lama, and from the history-making Pope who shared my namesake - Francis. I listened deeper: to the illuminating words of the ancient prayer, to the wisdom of my teachers to who taught them to me, and to the stories of the slaves that spoke to me through the photographs. I was spellbound by the beautiful melody, Sasha's angelic voice, and the sound of the choir echoing through to chambers of the Canterbury Cathedral. Finally, stilling the voices in my head, I took a deep breath and listened to my heart. I was both inspired and humbled by what I heard.

On May 7th, the ENslaveD Exhibit opened in the new Harriet Tubman Theater, commemorated by the premier of the song "Illumination" and the new video, A Prayer for Freedom. The opening included a riveting keynote by Lisa, elaborate installations replicating the scenes in the photographs, and the launch of Lisa's new book with Pope Francis and the Dalai Lama. Within the next week, 12,000 school children passed through the Freedom Center for an unforgettable experiential lesson on compassion. I'm so grateful that I listened to my heart.
(Click here to watch the video, A Prayer For Freedom)

Three weeks later, Lisa called again, this time from London. Her words stopped me in my tracks: "I'm on my way to the House of Lords. Parliament is going to play the video to open the House of Lords session at Westminster Palace. Within a few days, the mysterious path had come full circle. I could hardly believe Lisa's words that she left on my voicemail: "Guess what?! His Holiness Pope Francis had just played the video at the Vatican to International Summit of judges, prosecutors and magistrates fighting to end human trafficking and modern slavery. They even launched it on the Vatican channel and website!"

After nearly 4 years, the purpose of the video is finally clear to me, and the vision of our collaboration is being fully realized. A seemingly simple video: a collection of images, an old Vedic prayer, a few words from historic visionaries, and a original piece of music, was already shifting the listening of leaders and touching the hearts of millions of people around the world. By Illuminating each slave depicted in the video as a divine light - a brother or sister who we would welcome into our hearts and home, we are instilling greater compassion and opening up the possibility for a new kind of dialog and innovative solutions for a more humane and inclusive future.

To view the Prayer for Freedom video, listen to the song Illumination, or learn more about the collaboration, the End Slavery campaign, the work of Lisa Kristine, or ways you participate, go to APrayerForFreedom.com 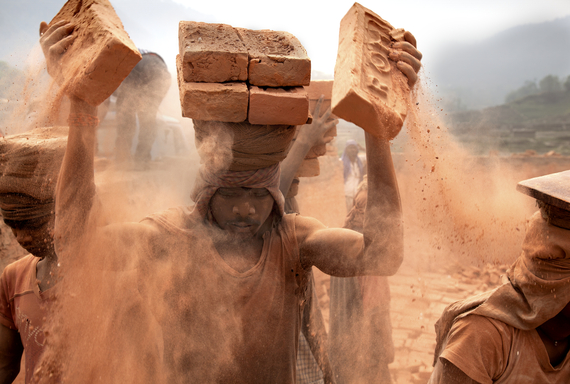 Enabling Freedom:
It is estimated that there are as 27 and 45 million people in the world living as modern day slaves or victims of human trafficking (1), more than any other time in human history (2). It is a staggering number, but one that we, as a global community of over 7 Billion free people have the power to eradicate. With the number of enslaved at just over 0.6% of the total population, we only need a commitment by one in every 35 million people to help bring each individual slave into the fold of freedom. We also have more than sufficient wealth and ingenuity to replace the financially dependent infrastructure built upon free labor. Through education, inspiration, and a series of achievable actions, we can work together to create freedom for all.

Links and Resources:
EndSlaveryNow.org - List of simple actionable ways to participate.
LisaKristine.com - Official site of Humanitarian Photographer Lisa Kristine.
EarthTones.org - Non-profit committed to the Transformation of the Human Spirit through the Power of Music and Film.
ENslaveDExhibitions.com - More info about and images from the traveling exhibition.
FreedomCenter.org - Home of the first exhibit and Harriet Tubman Theater
EndSlavery.va - Vatican website.