"Bring new eyes to a world or even new lenses and presto, new world." -- John Steinbeck, The Winter of Our Discontent 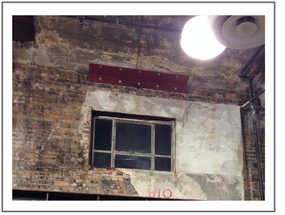 Years ago, one of my children came upstairs and talked about his little brother's nightmares. They shared a room so he would hear his brother's conversations with "them" during these nightmares. They continued on and off until the nightmares became diurnal, entering every day life. These nightmares have become commonplace for my son. They call them seizures. Neurologists still don't know what causes them.

What I'll share from here on out comes from my experience as a mother and a student of life. A person who's seen, experienced and recognized enough and doesn't believe any longer in much of what I was taught to believe.

I watched and experienced my son through the years. I watched as the storm clouds of his seizures gathered quickly. I watched how he would go into fear, converse with "them," seize up and close down. I'd talk with him as he was going through the seizures. I'd ask if he recognized "them," if he could describe "them" and if he understood what they wanted or why they were "there." He would say things like, "You know... who they are, why they're here, you know."

As I marinate in life, I've only begun to realize and understand I am not separate from my children. Not because I gave birth to them but because I am not separate from them or anyone or anything else. Parenthood, motherhood, fatherhood, sisterhood, brotherhood, childhood, priesthood are all connected. I laughed one day when I heard one of my kids say, "We are all in the hood." I realized they are right and that we all have the opportunity of co-creating a global village neighborhood of humanity.

My son's seizures, for me, are a recognition of how I seize(d) up in life. How I run from fear and information being shared or from insights and intuition taking me into places unrecognized or unremembered. The medical profession still does not know what seizures are or why they happen. They have and offer theories, medication and some surgical options. I'm offering an expansion of that conversation, a further conversation on the theory of what seizures might proffer.

There was a time when a seizure's shadow would approach and my son would latch onto me. It seemed I was a place he could find peace and safety in. Eventually, I realized I wouldn't always be there when "it" would, so we started stepping across from each other, just far enough that he could see me and I him. I would interlock our hands or hold each of his upper arms so he knew I was there. He would do the same with me. It was important he was connected but not at the expense of usurping his own inner connectedness to safety and peace. My son would talk to me as the seizure started and gathered force. I'd have him stay present with me in conversation rather than run away emotionally, mentally, spiritually or physically. I would have him tell me what he was experiencing, ask him to tell me his name, his age, his favorite food or color. I'd ask him to name the present location we were standing in. He was able to be in both "places" at the same time and he would recover much more quickly when his seizure passed.

While trying to explain what I was feeling and experiencing I would feel overwhelmed, confused and angry at the information coming through me as I tried to articulate verbally or emotionally what was happening. I'd try to deal with the strong currents of information I felt and often "it" would throw me into paralysis -- a seizure, but invisible to the outside world. In the last few years, I've become more comfortable being in both places: the listener and the experiencer, the mother and the child, the known and the unrecognized. As I've seasoned, life and grace unfolds showing me where my decisions, my choices, my beliefs, my fears have seized me up in my life and the relationships that run through it. I see what I ultimately taught to all of my children. I passed so much of the world I grew up in, to my children.

I have seen where and how I stymied my inner child's voice and hence, my children's voices. I see where my children sometimes move from by how they make decisions in their own lives. I hear myself through them. They access their culture of beliefs, the training they received, usually before they access their heart, their voice, their knowing -- the knowing they came into this world with. I hear how they are making choices from a world I lived and live in as they grabble with the life and the world they are now in. I hear them paralyzed by the insanity of the world they are seeing while what they are feeling is worlds apart. They are torn by the extreme contradiction of what they are feeling and what seems "normal" in this world. They are disillusioned, confused and want to run to somewhere else where humanity makes sense or at the very least humanity makes peace.

They seem very different: seizures of individuals and seizures of politics and governments, seizures of nature, worlds and the relationships running throughout all of them. We keep them separate, we don't see the connection, the connectedness of everything. So many individuals that have seizures, are kept separate and isolated. The opportunity to experience what might be happening in them as well as in us is inadvertently held at arms length by theories. There is little opportunity and fewer careers for them to understand and utilize what they are feeling, what they are experiencing. They may hold information needing to be understood and voiced for many of us who have become desensitized, so we can somehow make sense of the world's insanity.

I share my own experiences here as I've recognized the seizures throughout my life. I rarely run from them at this point. They offer a way of showing fear, guilt, beliefs and freedom. I share the experience with my son who has the courage to persevere in a world where seeing the impact of a seizure still terrifies many, where many look away and where he and his seizures are treated as a disability rather than an ability or a possibility for a new world.

Maybe these seizures aren't a disorder as much as they magnify the disorder of humanity and the disorder many of us have come not only to accept as normal but to teach as normal. Seizures may tear open the unhealed wounds of many generations. They may bring the insanity many of us have learned to live with, constantly and powerfully, back into our consciousness to question.

All of us who recognize the experience of seizures, internally and externally, can be an example of reflection, meditative action and an active participant in love and peace. We can stand with those who are shaking and shaken, internally and externally, to their core as they see the poverty, abuse, hopelessness, guilt and war humanity continues to justify. We can have compassion while our systems recalibrate, with each seizure, be it in nature, politics, business, divorce, death, loss of job, faith or self-respect. We can choose to stay open to our deep sense of recognition of the extreme conflict humanity is caught in, as it holds on to its belief in a seemingly separate world.

"Bring new eyes to a world or even new lenses and presto, new world." -- John Steinbeck, The Winter of Our Discontent

Image provided by: The Arts Organization

More:
healthy livingJohn SteinbeckPoliticsSustainabilityParenting
Newsletter Sign Up
The Morning Email
Wake up to the day's most important news.
Successfully Subscribed!
Realness delivered to your inbox