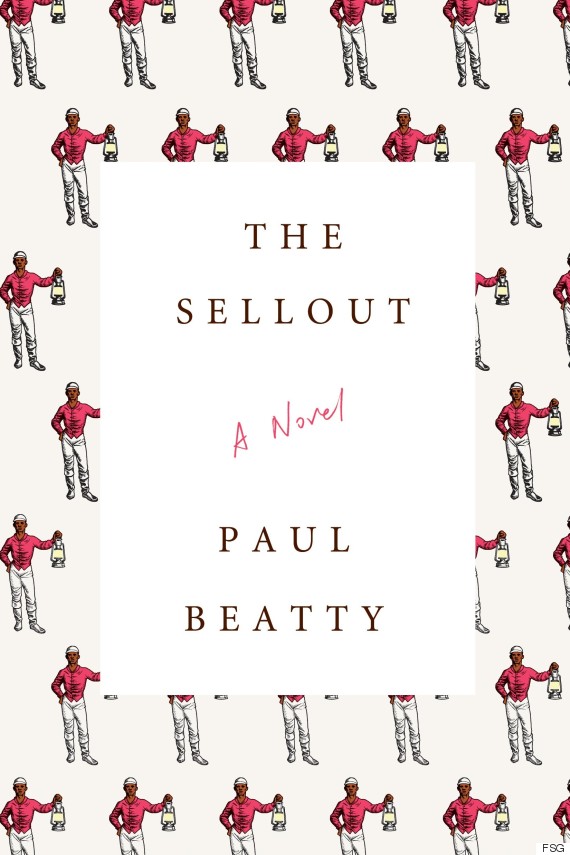 In the prologue to his lyrical new novel The Sellout, Paul Beatty’s protagonist turns a snarky, discerning eye toward Washington, D.C., observing that the city is supposed to look like ancient Rome, “that is, if the streets of ancient Rome were lined with homeless black people, bomb-sniffing dogs, tour buses and cherry blossoms.” He’s waiting for his case -- “Me v. the United States of America” -- to be heard by the Supreme Court. When standing before the jury, ready to outline the complex injustices committed against him over the course of his lifetime, he wonders why there’s no legal gray area between “innocent” and “guilty.” He thinks, “Why couldn’t I be ‘neither’ or ‘both’?”

The court case isn’t a real one, of course -- even in the context of a novel that waffles between gritty and surreal, it serves as a metaphor for the crimes, both physical and psychological, that are endured by its protagonist and his peers. The actual charge against the narrator: He’s attempted to re-segregate a school outside of Los Angeles, in an attempt to call attention to still-extant racism there and across the country.

The narrator, the son of a wayward psychologist who got his kicks from exposing his son to ridiculous social experiments, including intense quizzing about daily news findings and “field research” that involved sending him onto a busy street to cry for help, demonstrating “the bystander effect as it applies to the black community,” develops what he calls “attachment disorder” -- he often feels like an outsider in social situations. Rather than speaking up at, say, the bi-monthly gatherings of the Dum Dum Donut Intellectuals, a group organized by his father and a fame-hungry pseudo-intellectual named Foy Cheshire to discuss contemporary issues in the black community, he remarks to himself about the irony of Foy’s self-supplied bag of gourmet cannoli -- “We were both too good to eat the crap Dum Dum Donuts served up.”

His choices to intellectualize rather than take action come to an end after a pair of puzzling occurrences. The first is the disappearance of Dickens, his small hometown, from the map, no thanks to neighboring towns battling to "keep their property values up and their blood pressures down." Shortly afterwards, a bus ride to celebrate his friend and former "Little Rascals" star’s birthday leads to the snarky creation of a sign indicating that priority seating is reserved for white passengers. But in Beatty's satire, the sign, rather than enraging passengers, instills in them a calm sense of purpose. Thus, the idea to re-segregate a school as a means of calling attention to the city’s still-present racism is born.

Beatty is at his best when parodying attempts to correct racial prejudices from within the ivory tower. Foy Cheshire, mentioned above, is his mouthpiece for such jargon-riddled, academic talk. Foy creates office platforms such as “EmpowerPoint” and publishes revamped classics under a new curriculum called “Fire the Canon!” featuring titles such as The Great Blacksby, which begins, “Real talk. When I was young, dumb, and full of cum, my omnipresent, good to my mother, non-stereotypical African-American daddy dropped some knowledge on me that I been trippin’ off ever since.” While burning the whole collection, the narrator's friend, a local teacher, insists such projects are devised by "white teachers talking white methodology and drinking white wine."

The cleverness of some lines can distract from the multitudinous ideas within them: as a response to his father’s riff on a famous social experiment where he’s asked to choose between a white, bikinied Barbie and another doll dressed as Harriet Tubman running from a klansman-G.I. Joe, our adolescent protagonist scoffs, “what are these, inaction figures?” This observation that even with strict social conditioning it’s impossible to completely bury the ways we're taught to value ourselves is worthy of careful consideration rather than a quick joke. Still, on the whole, Beatty’s relentless humor carries along a stream of important observations about so-called post-racial America.

The bottom line:
The Sellout is a hilarious, pop-culture-packed satire about race in America. Beatty writes energetically, providing insight as often as he elicits laughs.

What other reviewers think:
The LA Times: "[I]t's fairly obvious that the United States is a Kara Walker exhibit and a Paul Beatty novel unknowingly masquerading as a crinkled Gettysburg Address."

The New York Times: "The first 100 pages of his new novel, The Sellout, are the most caustic and the most badass first 100 pages of an American novel I’ve read in at least a decade. I gave up underlining the killer bits because my arm began to hurt."

Who wrote it?
Paul Beatty is the author of three earlier novels and two volumes of poetry. He's from Los Angeles, and has studied both psychology and creative writing.

Who will read it?
Anyone interested in lyrical language, funny stories and questions about race in America.

Opening lines:
"This may be hard to believe, coming from a black man, but I've never stolen anything. Never cheated on my taxes or at cards. Never snuck into the movies or failed to give back the extra change to a drugstore cashier indifferent to the ways of mercantilism and minimum-wage expectations."

Notable passage:
"Let's see your three sister cities in order of compatibility... Juárez, Chernobyl, and Kinshasa."
While I couldn't quite understand how Chernobyl had made the cut, especially since it's not even a city, at least Juárez and Kinshasa were two major multiplicities with global profiles, if not besmirched reputations. But beggars can't be choosy. "We'll accept all three!" I shouted into the phone.
"That's all well and good, but I'm afraid all three have rejected Dickens."
"What? Why? On what grounds?"
"Juárez (aka the City That Never Stops Bleeding) feels that Dickens is too violent. Chernobyl, while tempted, felt that, in the end, Dickens's proximity to the Los Angeles River sewage treatment plans was a problem. And questioned the attitudes of a citizenry so laissez-faire about such rampant pollution."