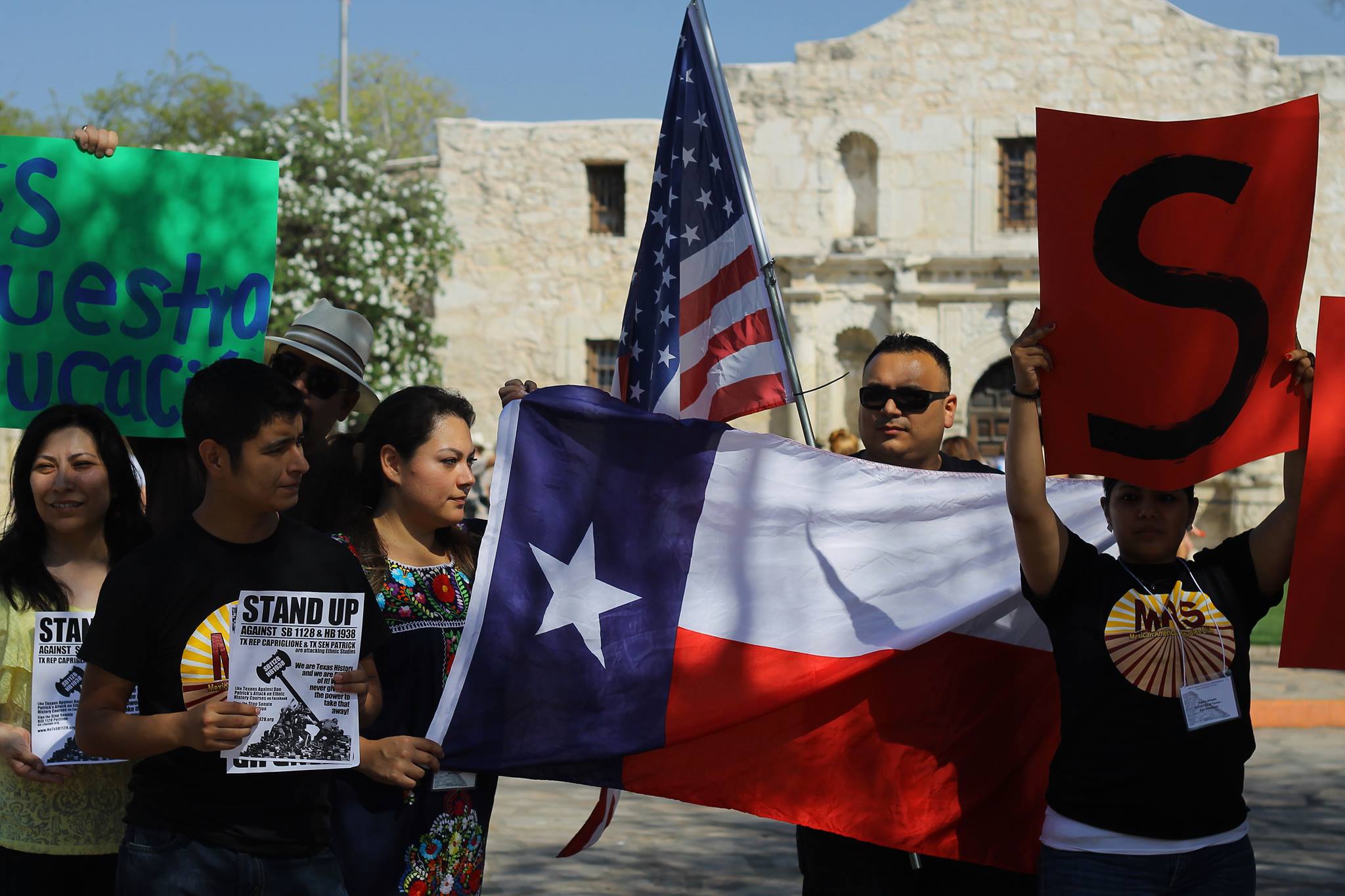 Spoiler alert: The life of Civil Rights lawyer Gus Garcia doesn't have a happy ending, but the true story of our people lies between the echo of the gavel at the Supreme Court hearing, where he brilliantly defended our rights, to his last breath-alone, penniless, on the streets of San Antonio.

The fact that he is not a household name is no surprise to us.

We register on the American Imagination in three phases.

First, we are invisible.

Then, we are vilified.

Then, we are accepted, but as only a consumer group.

We are never imagined as Intellectuals. This step is key to fully entering the American Imagination. But we are at a point in history where we can achieve this, and the story of Gus Garcia is powerful and tragic enough to get us there.

However, in order for his life story to be told correctly, it will take a senator, an actress, and thousands of bookrunners. 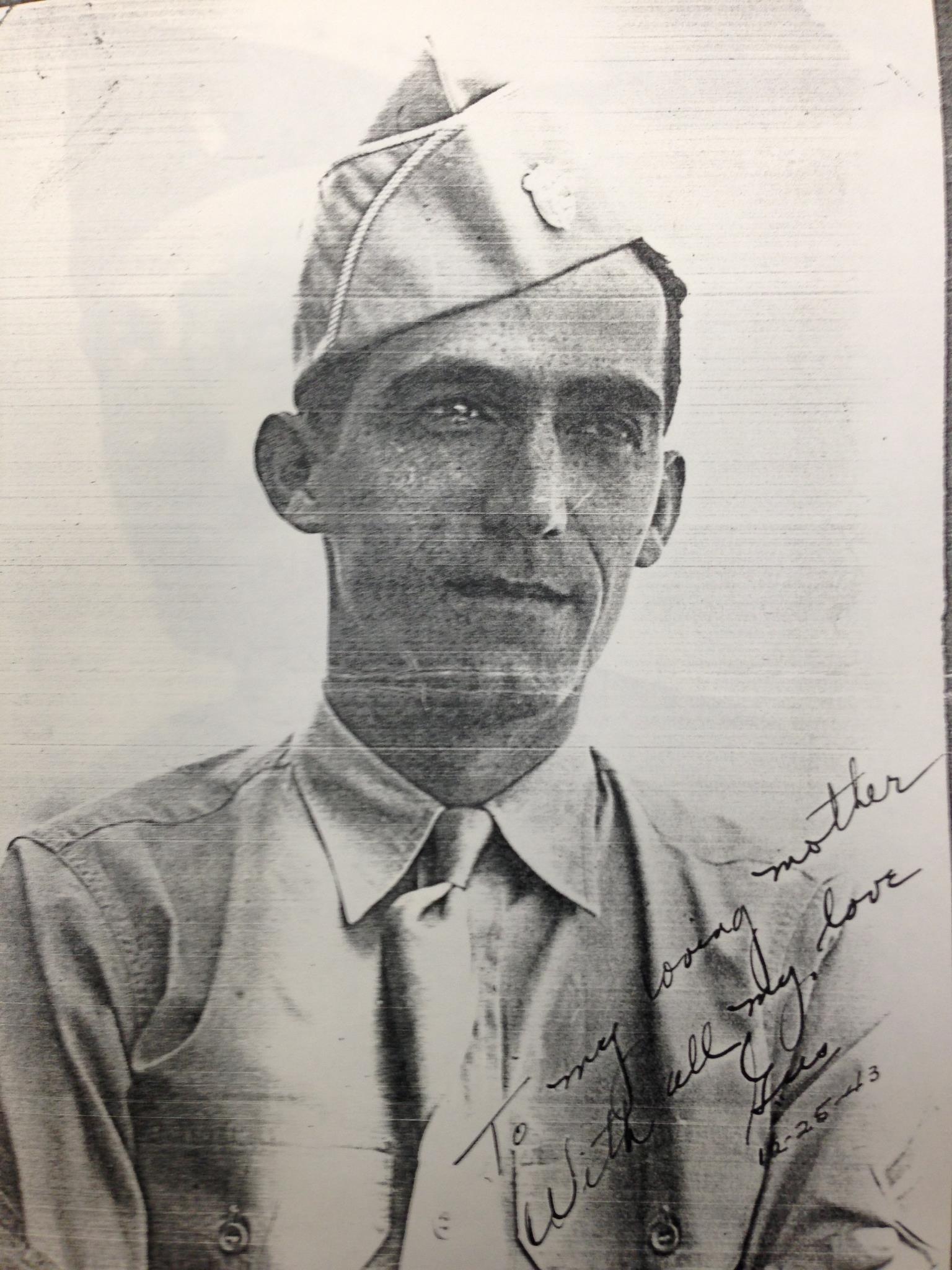 With his brash and brilliant rhetoric, Gus Garcia became a lead lawyer on the first Mexican American legal team to win a U.S. Supreme Court decision. Mexican Americans did not legally exist before that. We were either ignored, thus our omission from history books, or we were vilified, as demonstrated by the "No Mexicans Allowed" signs existent at the time. As a matter of fact, a book by Michael A. Olivas about the case is titled after one of the signs displayed in the courthouse: "Colored Men and Hombres Aqui." The Spanish let Mexican Americans know which bathroom they were allowed to use.

That 1954 landmark case -- Hernandez v. Texas -- established Mexican Americans as a protected class and served as a vital precedent for civil rights.

The pioneering legal team was comprised entirely of Tejanos, but Garcia was the star. His audacity and oratory gifts saved the day when Supreme Court justices bombarded the lawyers with the ignorant questions that plague us to this day.

The Justices asked: "Can Mexican Americans speak English?' and "Are they citizens?"

It was Gus Garcia who set the tone of the proceedings with his now famous reply, "My people were in Texas a hundred years before Sam Houston, that wetback from Tennessee."

The case was decided within ten days of the Brown v. Board of Education decision. This was a vital era for civil rights.

But maybe we still don't exist. Fifty-nine years later, there is not one Mexican American Studies building at any Texas university (mind you, Garcia's own home state) that I can walk into and study the oral arguments he gave to the Supreme Court. The Justices even granted him extra time, a rare feat, and further testament to his skill.

I am intrigued by what he could have said. What evidence did he present, which metaphors did he use, which rhetorical strategies did he utilize for his legal argument that swayed the United States Supreme Court to finally recognize us and ensure that we would be granted all the rights and privileges guaranteed by the Constitution? Or, maybe, since we still struggle for our rights, his was a soliloquy, heard only by himself, beautiful sound and fury signifying nothing.

Garcia's fall from such great heights is a tragedy worthy of a Shakespearean play, or, today, a movie script.

Imagine what it must have felt like to walk the halls of the U.S. Supreme Court as a victor only to return to Texas to face the vary discrimination you fought against. No national media lauded his work the way that Brown v. Board of Education, decided less than two weeks later, would be lauded. He is our Thurgood Marshall.

Imagine winning a Supreme Court case one day then bartering legal services for food the next. No major law firms would hire a Mexican American. We are not white. The system considers us white when it suits its purposes. Guadalupe San Miguel chronicles this in his book Brown Not White: School Integration and the Chicano Movement in Houston. During the 1970s, the "Houston Independent School District circumvent[ed] a court order for desegregation by classifying Mexican American children as "white" and integrating them with African-American children -- leaving Anglos in segregated schools."

During the Trayvon Martin case the media's description of George Zimmerman as a White Hispanic just barely touches the complexities of this issue and demonstrates that while the Chican@ intelligentsia is on quantum physics when it comes to identity, the mainstream media is still doing basic math.

Of course, we must also take some of the blame for history overlooking the tragedy of Gus Garcia.

A Class Apart, the documentary about the Hernandez v. Texas case has a very telling line. The narrator alludes to Garcia having spent all the funds that the public donated to pay the costs of the trial. Gus Garcia is mocked for having the audacity to ask for money to hire a publicist.

I wish they had. Maybe then high school students would be taking tests on the facts of the life of Gus Garcia and the Hernandez v. Texas case -- right now.

I'm sure he rubbed people the wrong way, I'm sure some thought he had a big mouth, some thought he was arrogant, and I'm positive there were many who saw that hubris and thought, "That Mexican don't know his place."

We must not run from his dark side just as we must demand that our nation recognize his brilliant and important work. Garcia is not the one-dimensional character we get from Hollywood and TV.

We have been denied a profound depiction of our people.

Now, we as artists and intellectuals must make our history come to life. That is vital for the next phase of the Chican@ Renaissance. Only art can save us.

I am not the only one intrigued by the Gus Garcia story.

Eva Longoria bought the rights to executive produce the film adaptation of A Class Apart. The documentary focuses on the case Hernandez v. Texas, but the life story of Gus Garcia is even more fascinating. Longoria has been criticized recently for her portrayal of Latinos in her recent show Devious Maids. However, she also made headlines when she earned her master's degree in Mexican-American Studies. A brilliant film about the life of Gus Garcia, if done right, with just the right timing, could be the inspiring, potent art to propel the Chican@ Renaissance across genres, across demographics, across History. 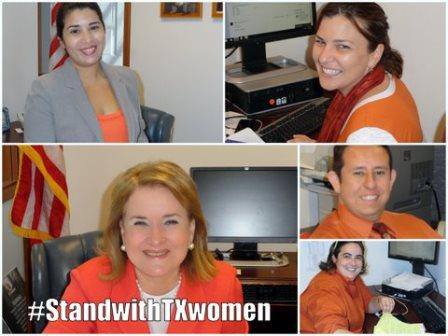 We will make up for lost history starting now. With the help of yet another Garcia who is blazing her own trail in history, Texas Senator Sylvia R. Garcia, we are proclaiming July 27, 2013 the first annual Gus Garcia Day. Senator Garcia is writing the legislative proclamation, and it will be delivered in Senate District 6, her home district, also the base for the Librtoraficante Movement. Gus Garcia's 98th birthday party will have thousands of guests.

Senator Garcia stood with us as we formed a Texas-wide coalition to defeat Senate Bill 1128 authored by Texas Senator Dan Patrick and its companion House Bill 1938, authored by Texas Representative Giovanni Capriglione, which would have effectively eliminated Mexican-American Studies.

Senator Sylvia Garcia stated, "Now more than ever, it is important to honor our past leaders and remember the struggles for equality, so that we can be ever more vigilant in the attacks against the gains we've made." 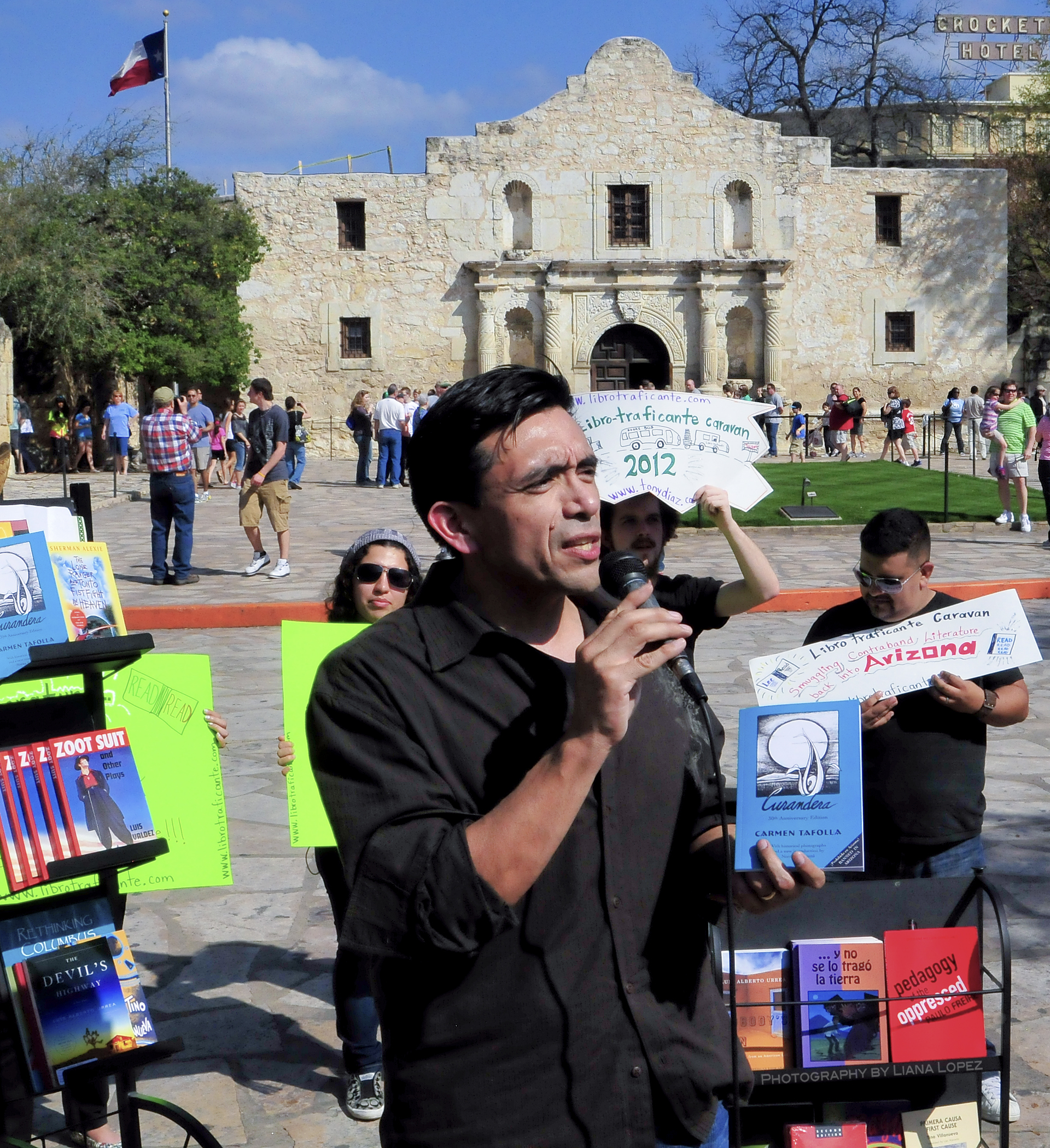 We became book traffickers when Arizona Banned Mexican-American Studies. We organized the 2012 Librotraficante Caravan to Smuggle the Banned Books Back into Arizona. We have been defying attacks on ethnic studies every since.

Now, our history is under attack in Texas, our own backyard. Governor Rick Perry vetoed $1.5 million for Mexican-American Studies at the University of Texas, Gus Garcia's alma mater. Texas legislators have proposed Anti-Ethnic Studies Bills. These are among several recent Far Right Republican offenses against our culture. But Gus Garcia provided us not only with the legal tool to defy this oppression, his life story will inspire us to rise. We demand that our history be documented.

We will not allow Texas to become the next Arizona. We will defend our history from the classroom to the courtroom.

Join Senator Sylvia R. Garcia and the Librotraficantes for the state-wide Proclamation of the 1st Annual Gus Garcia Day.

3 - 4 p.m. Screening of the documentary A Class Apart.

Book Drive for the Gus Garcia Under Ground Library at Raul Yzaguirre School for Success: Donate copies of books from the K-12 Mexican-American curriculum BANNED in Arizona. Click for the list of banned books.