A country of white sand beaches and palm trees, the Seychelles is an exotic tourist destination. It also happens to be a haven for international criminals. Ambassador David Fischer describes his time there like something out of "an Eric Ambler novel, where an innocent character suddenly stumbles on something, and he becomes involved in a huge conspiracy." David Fischer was interviewed by Charles Stuart Kennedy and Robert S. Pastorino in March 1998.

You can also read about Fischer's experience with his rather unprofessional ambassador in Nepal. "The dregs of the British empire washed up in the Seychelles"

FISCHER: This is the stuff of a novel. The Seychelles was a rinky-dink little country. A capital city in Mahé that had 20,000 people.

I went there in 1982. Seychelles was an incredibly interesting country. The Seychelles in a way was the jewel in the crown of the British Colonial Empire in East Africa. It was a beautiful country, but it was an island country that had no airport until the mid-1970s. The old PNO, Pacific and Orient steam ship company, which was the steam ship company that put all the British colonials into India, stopped there three or four times a year....

Anyway, the dregs of the British empire washed up in the Seychelles. They were alcoholics, they were people who got off the ship to or from India. The Seychelles was an island of free love. It was a most unusual culture. It was a mixture of French, African, Indian, Chinese, and British.

The President of the country at independence in 1976 was a playboy, a rather famous guy by the name of Jimmy Mancham. Jimmy Mancham was overthrown in a coup d'etat when he was off in England at a Commonwealth meeting by his arch-rival, a man by the name of France Albert Rene.

Rene was the bastard son of a French planter and of a local woman. He was extraordinarily bright. He had been educated in England as a lawyer. Among other things in the early 1960s, when as a member of a col ony he could live in England, he worked for Midland Bank. He developed for Midland Bank the concept of offshore banking in the islands of Guernsey and Jersey. However, Rene came to power ostensibly as a Socialist. So he had all sorts of crazy Marxist rhetoric.

He had 120 North Korean troops on the island, the only place the North Koreans were outside North Korea, I think. Absolutely wacko people. His bodyguards and his intelligence were East German and Cuban. That was the kind of atmosphere. 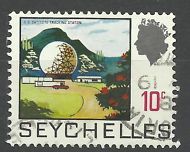 We had an Embassy, as I say, of seven people. We had a CIA station. We had a Peace Corps program. We had sixteen Peace Corps volunteers on the islands in the years I was there. We gave the President basically two million dollars a year through an aid program. That was the quid pro quo for maintaining the tracking station. [Pictured on the stamp] And of course, the tracking station with 200 some Americans was the largest economic entity on the island and produced enormous revenue for the country.

There were things going on on that island. Most of it was just out of some second-rate spy novel. You'd see the tip of an iceberg, and you'd have no idea why people were using this little island to do this kind of stuff....

"Tell your fucking son to watch out, he's next" My primary function was to try and maintain decent working relations with this guy despite the fact that he had an abysmal human rights record, and despite his dealings with the Mafia. We needed him. We needed that tracking station. So my three years there was to try and convince him that his paranoia about the United States was misplaced. We had no intention of overthrowing him. I don't think I succeeded in that task at all....

In 1983, my son Keith, who was a student at Oberlin College, was in the Seychelles on summer vacation. Everybody in the Seychelles knew who he was, everybody knew who I was. On a Thursday, two young kids approached my kids on a street. "We have to get an urgent message to your father. We are going to kill the President on Sunday in church at Mass. We expect the U.S. to come in and save us from this Marxist dictator."

My son told me, and on Friday I called in the CIA Chief and said, "What do we do?"

He said, "Don't give this information to Rene, he'll kill these kids. I believe that our overriding interest is to see that this guy survives. Maybe we don't like him, but we have to work with him."

On Saturday night, he arrested those two kids. He knew who they were. They had a third person, a young, innocent kid. To make a long story short, the secret police beat the kids to death with tire irons and soaked their bodies in gasoline and then threw them in my backyard. The one kid who survived and who is working in Cambridge, Massachusetts, we smuggled him out of the country. He was an interesting kid, beaten to within an inch of his life. 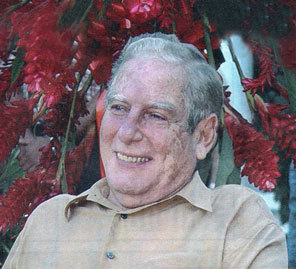 On Monday morning, I went to see the President without instructions. I said, "Can I sit down?" I read him the Riot Act. I don't think ever in my years as a diplomat I have ever been so blunt. I was so pissed. Rene smoked big cigars. He took it. He sat there stone-faced. "If we provide you information, we're not here to overthrow you," etc.

At the end of maybe fifteen minutes of this, he stopped and looked at me and said, "Can I talk to you?"

He spoke impeccable English. "Can I talk you, not as President to Ambassador but as father to father? "

"Tell you're fucking son to watch out, he's next."

Q: Did you report all that to Washington?

FISCHER: I did and I got back a flash message. I remember it very well. It said, paragraph one, eyes only for Ambassador, Deeply disturbed to hear a President's threat on your son. We believe, underlined, you must get your son off the island on the first available flight. Paragraph two, in accordance with 3 FAM -- Foreign Affairs Manual -- this shall be done at the employee's expense because we already paid for one educational trip.

One day in early 1985 the CIA Chief came into my office and said, "I have good news and bad news."

He said, "You're Number Three."

He said, "You're on a hit list for the Mafia." Well, I kind of blew this all off until the Number One guy on the list was shot in downtown London, machine-gunned. I knew who did the killing. The Thompson sub-machine gun was purchased by an arms dealer in South Carolina, and the name on the export license was France Albert Rene.

Then the Number Two guy, who was the former Foreign Minister who had defected from the country, they tried to kill him in the South of France. They got the wrong house and murdered the family next door. So, I realized this was serious business. No question they were going to kill me because we were getting very close to stuff they wanted to keep hidden. 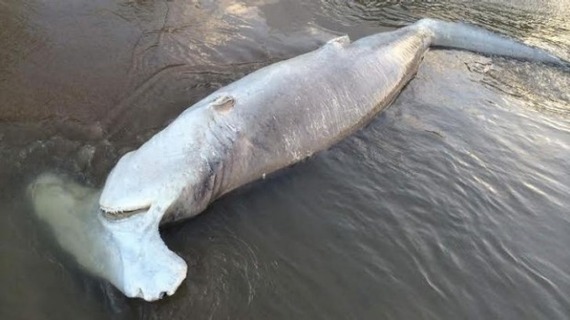 I was out on a boat one day with my CIA Chief on an outlying island. We pulled into what is the world's best beach, if you look on lists of beaches in travel beaches, Top 10 beaches, this is always #1.

There is ["businessman"] Mr. Mario Ricci who was gutting a huge hammerhead shark. It was out of a novel. Here's this bearded guy, wearing shorts, he was very muscular, gutting with this knife that's sharp.

I came up to him, and at this point I knew I was leaving the Seychelles. I'd been there for three years. I said, "Mario, I want you to know that I'm leaving."

He came over with his bloody hand, he patted me and he said, "Ambassador, that's good news for me, but it's much better news for you!"

Boy, was I happy to be leaving. This is an assignment that if I'd gone out there, and I've said this to friends of mine who've been assigned to banana republics, who've taken jobs particularly in successor states of the Soviet Union in the early days, in Uzbekistan or Tajikistan, where things were really tough, "Look go out there for three months, you got the title of Ambassador, quit."

There were many days I wanted to quit. My wife hated the Seychelles. I've never been in a situation where my wife was so unhappy. There was nothing for her to do....

One last story. In New York, this must have been 1984, there were a series of murders called the Pizza Murders because they involved drugs that were run out of pizza parlors in northern New Jersey. Somebody found a body. The way in which the Mafia took care of these guys, killed them in gang wars, was to shoot them in a place called Secaucus, New Jersey in the swamps, put them in the trunk of a car and that would be it.

So I went up to see France Albert. "I just want to tell you something, you're over your head with this Mafia business. You're in with Ricci." Rene used to smoke big Cuban cigars. He never said anything, he was a very cool negotiator.

I just laid it out. "You know when they're finished with you, they're going to kill you." I said, "I just want you to know that we found a guy in the trunk of a car, and he's got your private telephone number." It was the only time I saw France Albert Rene flinch.

But his answer was, "Don't worry about it, I can take care of it."

Well, I guess he was right. We're doing this interview in 1998, and he's still President of the country. He's managed to pull it off.