What was I doing rushing to an opera rehearsal on the back of a policeman's motorbike flying through the traffic swarm of Bangkok, terrified? A good question. Music crosses cultures I know, but maybe I had gone too far in my quest for multi-cultural experience?

For sure this would be a once-in-a-lifetime chance, if I didn't fall off the motorbike on the way. Talk about west meeting east.

I had been invited by a Thai friend who was directing the premier in Thailand of a play written in India in Sanskrit, with music by Schubert, translated into German by Goethe, and into Thai by Rama VI, King of Siam, and a gifted learned man born in 1881 who translated many western classics, including "Merchant of Venice" by Shakespeare. My friend, one of Thailand's best known actresses, Pattarasuda Anuman Rajadhon, known as "Bua," was taking the chorus through their first paces tonight, and I was lucky enough to observe.

But first I had to get there. Though Bua had given me precise directions to the rehearsal hall on the campus of Chulalongkorn University--founded by Rama VI, I should add--I must have missed a signpost and was wandering around, heat dripping from the trees, and me, asking this person and that, going in a circle. I had frantically checked my watch, now running very late, and was about to give up when the policeman came roaring up on his high-seated motorbike, offering me a lift. I had also asked him directions and he must have kept an eye on me as I wandered around. So, here he was to the rescue.

We zipped down the boulevard between cars and buses, our handlebars close enough to knock off mirrors, crossing four lanes of traffic and to the other side of the campus, like a skiff skimming ocean waves. Buzz, honk, swerve, tip, turn. I would have laughed out loud if the wind hadn't been choking down my throat. And, of course, no helmet. I clung to my hero and hoped for the best. Would we ever get there?

At last, he dropped me off, smiling broadly. He had delivered his cargo, and off he went.

The memories of the wild ride and the honking crazed noise of Bangkok traffic hung in my mind and ears as we entered the rehearsal hall and, then, poof, magic.

Before me, a dozen young Thais, sounding like angels, singing Thai words set to Schubert. Where was I? What world? What century?

A Dutch choirmaster was taking the chorus through a certain passage until their director arrived a little bit late, thanks to me.

I took my seat and soon was lost in the sweep of music and time.

The "Shakuntala" is one of three dramas written by the great poet of Sanskrit, Kalidasa, who lived around 500 A.D. but about whom we know little. One of the legends about him has him orphaned at six months and adopted by an ox-driver, growing into manhood as an ox-driver too, but so handsome and brilliant than a princess falls in love with him. What is sure is that Kalidasa was a poet who travelled all around India, and the Shakuntala is widely known in his home country.

But Thailand? Enter King Vajiravadh of Siam, Rama VI, who studied in England and came across an English translation of the epic poem, translating into Thai.

And now, I was listening to that being sung by vocal students in Bangkok, two hundred years or so later.

Bua, the director, was ablaze with creative passion, as she directed and coached, switching from English to Thai to German to humming to swaying to crouching to waving her hands to and fro in mellow rhythm.

The story of Shakuntala touches every element of life. Shakuntala is raised in the forests by a wise man, Kanya, and is a beautiful woman. A king spots her one day while he is hunting, and is swept off his feet by her beauty. They fall in love, and marry, and when he has to leave her for a bit, he gives her a ring. The idea is that she will come to him at his court, present the ring, and become his official queen.

But, naturally, fate steps in. A jealous woodlands mystic casts a spell on Shakuntala's husband, causing him to forget her completely. The only way she can prove who she is, is to journey to the court and present the ring. But, on the way, she has to cross a river and while dipping her hand in the water, she loses the ring. When she gets to the court, the King has no idea who she is, and she is left alone.

Enter fate again. A fisherman finds the ring in the stomach of a fish and the king remembers. But's too late. The King has missed his chance, and it's only later, through other mystical journeys up to heaven and back, that he finds his lovely wife, and son, at last.

With YouTube and Instagram commanding millions of eyeballs, why is such a far-fetched story still drawing an audience? Yet, the story was sufficiently dramatically magnetic that three giants of culture--Goethe, Schubert and Rama VI--fell under its spell.

And now me too. Gone was the noise of Bangkok as I too got lost in the perfume of music and lost love and it was thrilling to watch the birth of this production, each detail being worked and perfected.

The "Shakuntala" would be performed with the Bangkok Symphony, with full chorus and wonderful professional singers, including the famed Thai baritone, Saran Suebsantiwongse, himself a scholar of Sanskrit.

The director, Bua, drew the best from her young cast, their eyes aglow with the fire of pulling passion from their souls.

This Shakuntala had crossed half the world and several centuries to find yet another life in Bangkok, Thailand, capturing the hearts of young Thai artists and students who were so enthralled by the exotic drama and romance they sang their hearts out.

As for me. I was moved to tears by a gorgeous mournful aria sung in ancient Thai, though I understood not a word. I am so grateful for music.

And to the policeman who got me there on time. Motorcycle love. 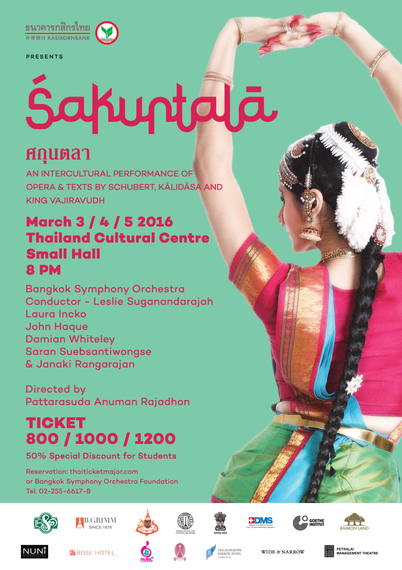 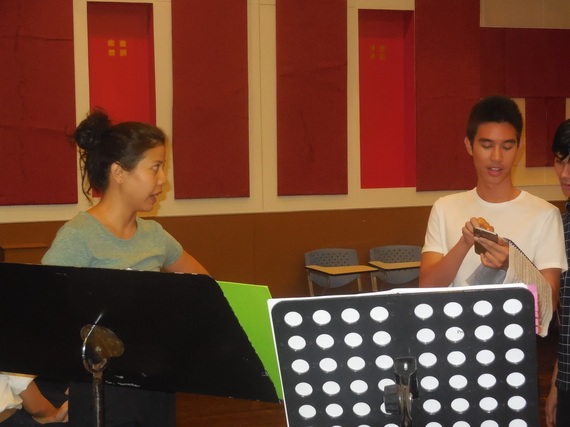 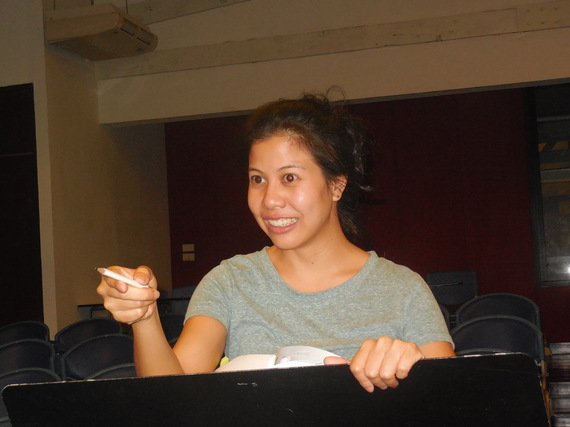