Let's not kid ourselves. Bullying is not genetic. It is a form of learned behavior that develops into a "lifestyle" choice. People become bullies because they enjoy the feeling of false superiority and power it affords them.

Although some people become quite accomplished at dishing out the kind of hatred, venom, and physical violence that humiliates and traumatizes others, they're not so good at handling things when the shoe is on the other foot. Lately, we've witnessed lots of bullies suddenly claiming that (upon being exposed and shamed for their behavior) they're the real victims. Sometimes they just sit in stony silence when confronted with an ugly truth.

How did we get to this absurd kind of new-age victimology? Perhaps it might be wise to learn from history.

The unspoken goal of such activities was to instill enough fear in the public to make it possible to control their behavior. But once those under attack threw aside their fears and got their own microphones, things changed dramatically. Today's social media exponentially amplifies the impact of shame, changing it from a one-on-one dynamic to making someone really feel that he is hated by the whole world.

For some people, public shaming has become a form of easily accessible edutainment which allows anyone to tap into a 24-hour news cycle to get their vicarious thrills from the humiliation of others. Jon Ronson, the author of So You've Been Publicly Shamed, describes the current media frenzy as a great renaissance in public shaming in which (having found a way to destroy someone without feeling bad about their actions) ordinary people have become powerful, crazy, and stunningly cruel.

Monica Lewinsky recently delivered an extremely poignant TED talk about how social media has spiked today's culture of public shaming. If you haven't yet watched it, you really should.

Bullying, of course, is all about power. The recent missteps of Indiana's legislature and Governor Mike Pence offer a classic lesson in what happens when the rules of the shame game suddenly change. After signing an ill-advised and extremely homophobic bill into law, Pence got bitch-slapped by the national business community and mass media. His shaming quickly went viral as Pence floundered about on camera in his own pathetic puddle of political incompetence.

Neither Pence nor his homophobic colleagues had ever considered that their presumed authority might be held up for scrutiny -- or that they might be publicly unmasked and humiliated for being, shall we say, less than honorable men. If I were a religious person, I might suggest that God was trying to teach Pence a lesson in humility. But I'm not religious, have absolutely no respect for the man, and know that there is no quick cure for this type of blatant bigotry and sophomoric stupidity. 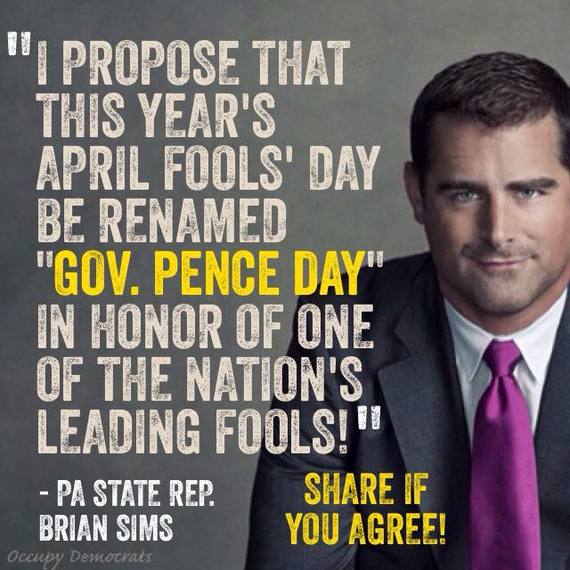 Many LGBT adolescents are easy targets for classroom bullies. While their wounds may or may not heal, with today's social media it's easier for them to keep abreast of their tormentors. Some have even confronted and been able to foster a reconciliation with the people who once made their lives miserable.

The New Conservatory Theatre Center recently presented the West Coast premiere of From White Plains, a searing drama written by Michael Perlman in collaboration with Craig Wesley Divino, Karl Gregory, Jimmy King, and Aaron Rossini that was originally directed by Arturo Catricala. The San Francisco production (which will tour to Modesto) was thrillingly directed by Sara Staley, who did not let up on the incendiary mixture of wounded egos, social media, and public shaming.

Perlman's play begins with a voiceover of Daniel Sullivan (Sal Mattos) accepting an Oscar for best original screenplay for an independent film about a young gay man who was mercilessly bullied at school. He ends up dedicating his award to the memory of his former best friend. He then names his former high school classmate, Ethan Rice, as the bully who made his friend's life so miserable that the young man eventually committed suicide.

When the lights come up, the audience meets a pair of 30-ish straight dudes who are enjoying another round of drinks while watching the Academy Awards ceremony on television. One of them is John (Fernando Morales), a fairly easygoing soul. The other is the aforementioned Ethan Rice (Nick Trengove), who seems to have a large amount of stupidity and douchebaggery coursing through his veins. When he least expected it, suddenly millions of people are associating Ethan's name with a gay teen's suicide. 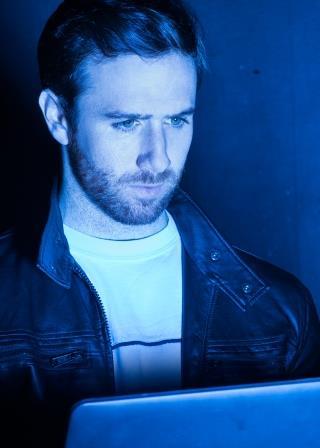 Nick Trengove is Ethan Rice in From White Plains
(Photo by: Lois Tema)

Much to John's surprise, Ethan keeps avoiding the incessant ringing of his smartphone as he claims that he and his girlfriend have had a spat. But when John (whose brother is gay) checks his phone and discovers that Ethan is being publicly shamed on social media, he begins to look at his friend from a different perspective. 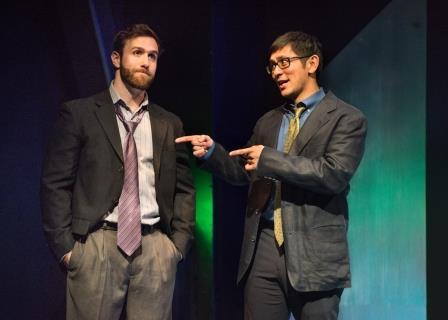 As Daniel and his closeted boyfriend, Gregory (Ed Moreno), return to their Los Angeles hotel room after the Academy Awards ceremony, Daniel is much too high on adrenaline to let go of his triumph. However, instead of enjoying this once-in-a-lifetime moment, he's focusing on how he can take it to the next step by getting Ethan to publicly apologize for his misdeeds. His need for some kind of vengeance for his friend's suicide is the antithesis of what Gregory wants to have as the focus of his life. As he tries to calm Daniel down, Gregory starts to realize that the Oscar may have awakened a monster within Daniel 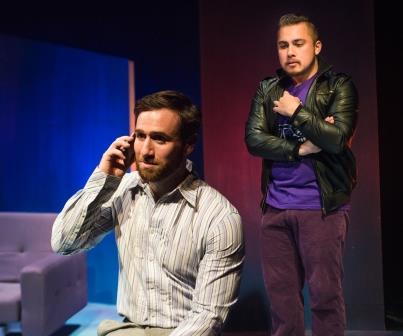 Daniel's impulsive statement outing Ethan as a bully during his acceptance speech has unexpectedly placed an incredible burden on the relationships between these men. 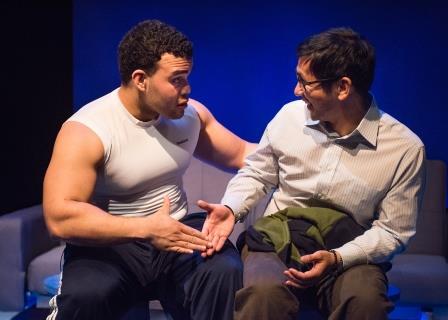 Perlman's script is fierce and furious. I especially liked the encounter between Gregory and John in a subway train (without knowing anything about each other) which allows the two men to share a moment of unexpected friendship. From White Plains is brutally written and passionately acted in the "tough love" style of contemporary theatre. Perlman deals with tough situations, delivers tough consequences, and shows the stress and shame experienced by people who have fallen victims to another person's bullying.