There I was, in the Wal-Mart parking lot, sitting quietly in my car. 70 pounds of gorgeousness sat next to me in the passenger seat. His body curled up into a ball, eyes closed, faintly snoring. We had just finished a hike. Something we do pretty regularly, as Cleveland has some of the most gorgeous trails around, and each time I prepare to either be warmly welcomed by fellow hikers, or have to politely smile while dirty looks and rude comments are thrown our way.

On this particular day, the latter happened. It's nothing new at this point, and each time I try to be understanding that some people just might not like big dogs. Maybe they've had a bad experience, or their mom's neighbor had a mean dog, or hey, they just might not like dogs in general, big or small.

Either way, I usually nod my head and keep going. This day, however, has stuck with me since it happened. The exact words from this father's mouth, in front of his two small children and wife, as he nearly sprinted away from us, was this: "That dog ain't killing my family! He isn't coming anywhere near us!" 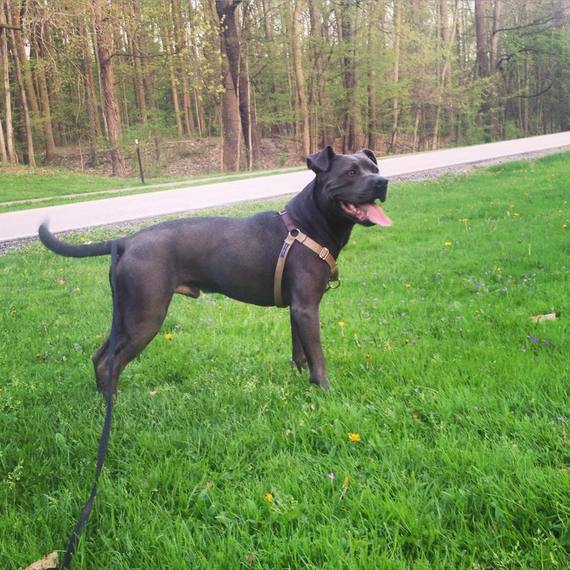 And that's exactly what happened because Romeo, who is a pretty muscular guy, was quietly sitting on the opposite side of me when our path crossed this family's. The man bolted away and I was left standing there, looking down at this dog who didn't seem like a dog anymore because he was part of my family, realizing how ignorant the world actually is and trying to understand discrimination at its finest. I have a feeling if Romeo could talk he would tell me not to care and that it wasn't worth getting upset over, but I do care and I was upset.

Well, we kept on our adventure for the day and ended up at Wal-Mart because I needed some eggs. I sat there, listening to Romeo snore, and was reflecting not only on the day, but also the year. A year ago, I had no idea who he was or who I had become. Both of us lived very different lives than the ones we live now, and I felt more than gratitude welling up.

Maybe it was that guy's comment that really sent me over the edge, but I remember hearing the first few notes of one of my favorite songs -- Jeff Buckley's version of "Hallelujah" -- and tears formed in my eyes. I sat there quietly looking out my window, and before any rolled down my cheeks, this wonderful guy came and sat on my lap. There we squeezed into the tiny space between the steering wheel and my seat, together. His head resting on my shoulder, mine on his. While my arms draped around his body the tears came, landing on his beautiful steel grey coat. 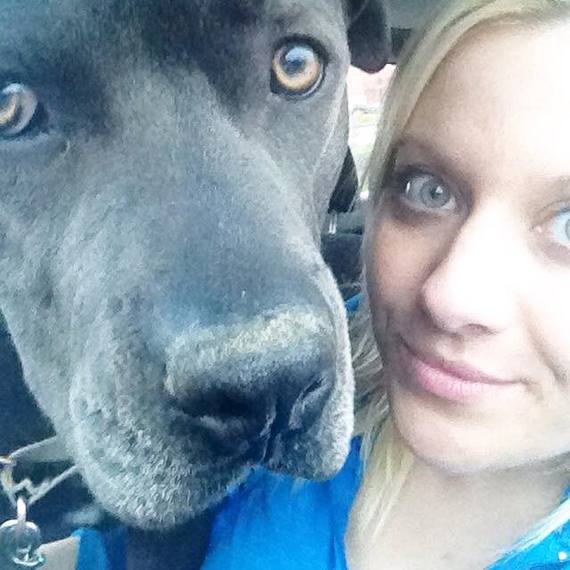 He's a dog, just a dog, and a pit bull at that, but I love him. And I have a dream that one day people will be able to see him, and dogs just like him, the way I do, and the way millions of other pit bull owners do.

When we discriminate against any certain type of person or dog, specifically pit bulls, we are moving in the wrong direction. With every nasty comment, abusive action, and ban put on these dogs, we are all taking steps backwards, and it's my hope that one day we can stop. It is my dream, and the dream of many, that these dogs will one day be greeted with love and wonder, rather than fear and hatred. And that they will get the chance to share a love that exists purely because it just does.

It doesn't take much to fall in love with them. They sweep in, claim a little piece of your heart, and change you forever. You will wonder how you ever really lived before, and you will fight to show the rest of the world that something as silly as the shape of their head does not, cannot, and will not ever determine just how much they can love. And to judge them solely based on that is a mistake.

Had you asked me a year ago if I thought it was possible to feel the most genuine kind of love from a seventy pound pit bull, while sitting in my parked car with tears in my eyes because of a past I wasn't happy with, I would have probably told you no. But I would have been very wrong, and how amazing would this world be if we could all be proven wrong about something like that. 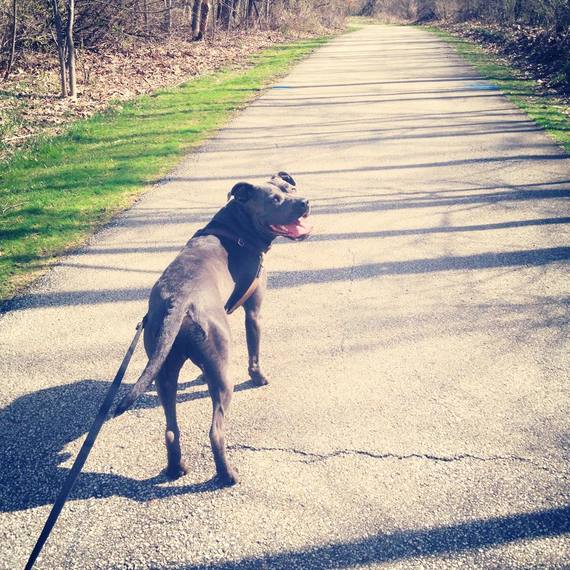