By Brigit Helms and Anabella Palacios

Brigit Helms, the general manager of the Multilateral Investment Fund, also has served as the director of SPEED, a USAID-funded program in Mozambique, and a senior expert for financial inclusion at McKinsey & Company. She has a PhD in agriculture and development economics from Stanford University.

Wall Street Daily estimated that in 2015, the sharing economy created 60,000 jobs in the United States and attracted a total of $15 billion in financing. Time magazine ranked it among the 10 ideas that will change the world, while PwC estimates that just five sectors of the collaborative economy could generate $335 billion in revenue for 2025. So if the sharing economy is here to stay, how it can affect the development of emerging economies?

The proven impact of the sharing economy in more developed countries informs emerging economies. We also face a historic opportunity for emerging market innovators to be part of the Fourth Industrial Revolution, which was a hot topic at the World Economic Forum in Davos in January. This new economy can increase sources of income quickly and effectively, promote the entrepreneurial spirit, and at the same time, trigger a wave of innovations that are needed to address the problems of many cities in emerging economies. For an example, look at Latin America.

In some Latin American countries, the sharing economy is growing steadily through local platforms, especially in the areas of transportation, tourism, and crowdfunding:
»Rio de Janeiro, Brazil, now ranks third in the world in numbers of Airbnb properties, with more than 21,000, behind only the tourism meccas of Paris and New York. The company recently opened a Latin America division, since most adoption of its model in that region took place organically, and its market is growing at 200% annually in several countries there.
»Uber entered the Mexico market in 2013 and now has 500,000 customers and 10,000 drivers. This is mainly because customers value the security that the service offers, thanks to GPS tracking, information about the driver, and a trip history, which allow the customer to easily report any problems or lost objects. Uber also helps to bridge the digital gap between developed and developing economies, by promoting banking among drivers and customers (because customers pay for the service with credit cards), and promoting the growth of digital currency.
Despite the sharing economy's growth in Latin America, it is facing some obstacles that must be dealt with if this new economy is to promote higher growth in the region. The Multilateral Investment Fund of the IDB Group, in collaboration with the School of Business Enterprise Institute (IE) in Madrid, Spain, launched a full report on the sharing economy in Latin America in April. The report's findings included a list of factors that limit uptake of the sharing economy in the region:

The sharing economy also presents problems, including a lack of employment benefits for workers and of protection for consumers. These issues highlight the need for improvements or innovations in relevant government regulations. If the collaborative economy continues to grow, it is likely that countries' tax and social security systems must adapt, so that workers under this new system have access to benefits such as health insurance and pension funds.

Some of these ideas are taking shape--for example, a proposal by two economists to create a category of worker who receives limited benefits such as health insurance contributions or payroll taxes, but it is not entitled to a minimum wage or unemployment insurance. However, there is a crucial need for a new dialogue between government, business, academia, and industry, in order to build a consensus and develop ways to harness the employment potential that arises from this new type of economy.

The collaborative economy offers significant possibilities to transform the development of cities in Latin America, which can become major allies and beneficiaries of the increased levels of innovation, solidarity, and private-sector development that this new economy fosters. 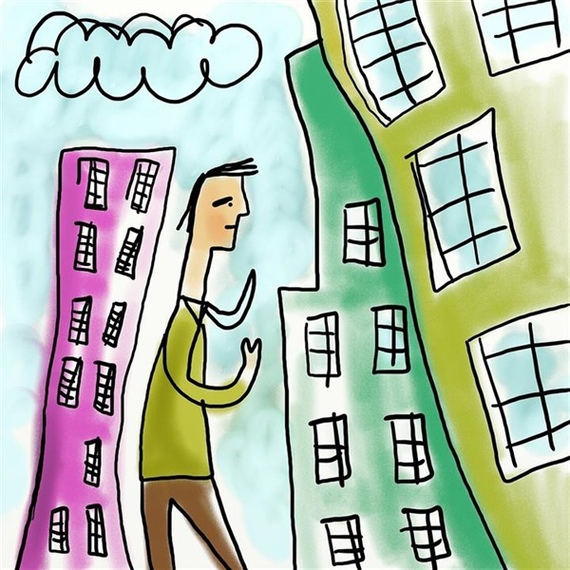 Cities such as Buenos Aires, Argentina; Montevideo, Uruguay; Santiago, Chile; and Rio de Janeiro are already exploiting the potential of open data through events like "civic hackathons" to create apps that solve problems in areas such as solid waste management; promote local tourism and public transportation; or simply allow users to register claims and complaints. These tools are becoming a very powerful way to promote collaboration between people, inspire innovative ideas, and create smarter cities. For example, a new Mexico City government office, Lab for the City, created a "mapaton" [mapping hackathon] to generate an open data source about the system of 30,000 microbuses that carry 14 million passengers around the metropolis every day. The IDB Group, through its Emerging and Sustainable Cities Initiative, has already promoted civic hackathons in cities such as Mar del Plata, Argentina; Valdivia, Chile; and Tegucigalpa, Honduras.

The sharing economy is also taking shape in the creation of collaborative models that combat inequality and rising levels of urban poverty. One example is the network of Repair Cafés, located in 22 countries around the world, which promote local sustainability by teaching skills to fix objects ranging from toys, to clothing, to electrical appliances.

Thus, the sharing economy offers a new path full of opportunities to support entrepreneurship, to rethink the development of emerging regions such as Latin America, and to promote the role of cities as dynamic collaboration platforms that give free rein to creativity and solve urban problems that all residents face.

Anabella Palacios leads and monitors innovative projects for the Multilateral Investment Fund that promote the growth of small businesses that have a social impact in urban and rural communities. She has a master's degree in urban planning from the University of North Carolina at Chapel Hill.