I am moved to tears when I hear 16-year-old Vincent play the piano. On top of precise technique, his rendition of the second movement of Beethoven's "Emperor" concerto is achingly beautiful. You'd never know it from hearing and seeing him play, but Vincent struggles with a lot in his life.

Vincent is autistic. His language is limited, his speech lacks expression and he finds elementary level academic skills, like writing a paragraph, a challenge. But Vincent can play piano with the dynamics and feeling of a professional musician. When I gave him the Beethoven piano concerto, he was able to learn the adagio movement in a matter of weeks. Many young students of piano can study for years and never make it to the level of expertise required to attempt a concerto; Vincent had only been playing piano for four years. He currently performs at local senior centers near his home town in Middlesex County, New Jersey and was invited to play for a Lions Club international convention in Toronto, Canada.

Make no mistake, Vincent is not a savant. He practices an hour a day, with his mother close at hand. I've joked with her that even an autism mom can be a Tiger Mom. 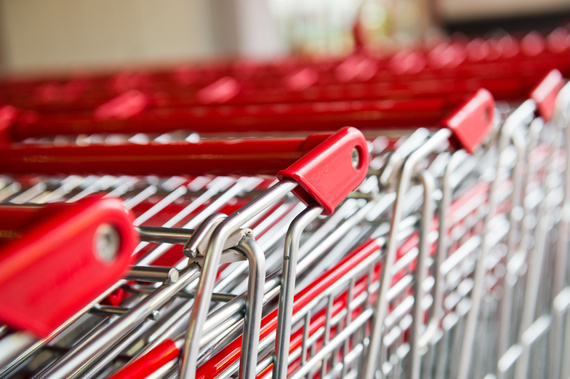 Music isn't Vincent's only talent. I met him during the course of filming "Swim Team," a documentary about his Special Olympics swim team, comprised entirely of children and teens on the autism spectrum. Vincent is one of the stronger swimmers on the team. Although he had just learned to swim two years prior to joining, during that time Vincent had perfected his strokes and had developed the speed to also make it onto his local YMCA's competitive team.

Now Vincent competes on three swim teams, including his high school team, and when he's not practicing piano, he's probably working on flip turns. It seemed that whenever I showed up at the pool to film in between scheduled team practices, Vincent would be there, practicing on his own, with his mom ever present, coaching from the deck.

Vincent's late-blooming skills in swimming and piano could be the tip of the iceberg of what he's capable of, simply because there are so many things he hasn't yet tried. His parents' dream is that he can go to college. His abilities in piano and swimming give them hope.

But Vincent's opportunities for higher learning are extremely limited, if they exist at all. Under the IDEA, the federal law that governs education for children with disabilities, Vincent is only entitled to a free public education until the age of 21. Typically, students like Vincent stay in their public school districts for as long as they can access educational services. But after the senior year of high school and until age 21, typical in-district services tend to veer towards daily living and vocational skills. Parents often have to fight for academics at a time when their children still need math and literacy skills.

College-level academics for students like Vincent are hard to come by. Parents always have the option of advocating within their school district for an individually tailored academic program for their child. This is every disabled student's right under the law, even if the program is "out of district" or created out of whole cloth. But going this route may require an attorney and could turn into a costly battle with districts that tend not to look favorably on spending money and creating programs where none may exist.

Vincent needs a lot of support. He can't do his homework independently. He needs his parents' help to manage his behavior at home and an aide at school. Vincent probably won't be equipped to live independently and carry a typical course load at a four-year college, and it's even unlikely he could survive the less intense requirements and lower-key environment at a community college.

There are a number of college options nationwide for students needing special education. Some programs are geared toward students with learning disabilities who can live independently on a college campus. But these programs are clearly not intended for students like Vincent and his teammates who can't live on their own and whose struggles with standard academics require significant accommodations or modifications.

There are also programs on various college campuses that offer vocational training and instruction in independent living skills, with some access to academics and even leading up to a certificate. But these programs, which can be paid for by school districts as appropriate transition programs under an IEP, only select a handful of students in each case and don't lead to a BA or BS degree.

A student like Vincent not only needs daily living and life skills support and instruction. He needs an alternative approach to curriculum, designed to help him discover and tap into his strengths and passions.

Colleges and universities are simply not offering different pathways for students on the autism spectrum.

So what happens to Vincent? His buddy on the swim team just finished his senior year of high school and is starting a vocational program run by his school district that has him sampling jobs at local big box stores. These jobs include bagging groceries and corralling shopping carts.

Don't get me wrong - there is nothing wrong with these sorts of jobs. In fact for some people with autism, the value of an entry-level grocery job is priceless, with benefits extending far beyond whatever the amount is on their paycheck. But everyone with autism is different, with varying potential, passions and skills that can be mined.

Shouldn't a kid like Vincent have alternatives to pushing shopping carts? I've spent enough time with Vincent to know that he is capable of contributing much more, but the systems aren't in place to cultivate Vincent's interests and help him translate that into a career path that makes sense for him.

Although Vincent's piano playing is unmatched amongst his autistic friends, they have this in common: their school districts' practices of lumping them together in a one-size fits all approach to vocational job training fails to address their individual interests, talents and gifts. Indifferent to Vincent and his autistic peers' passions, our public schools and the educational industrial complex stifle these kids' promise. If they did that to our typical children, we wouldn't stand for it.

While we've come a long way in the decades since children like Vincent were relegated to institutions, autism still mystifies professionals tasked with evaluating and prognosticating. One swim team family recalled taking their seven-year-old son to a specialist at a prominent university teaching hospital. The expert performed an educational evaluation which consisted of a number of standardized tests over the course of several days. She had difficulty achieving the boy's compliance with testing, but nonetheless pronounced with certainty that the child was "intellectually disabled" and told the family not to expect that their son would ever go to college. Just one year later, this boy is on grade level and keeping up with typical third grade peers in his public school.

As long as autistic people are measured by the tests and standards used to assess neurotypical people, they will continue to be underestimated and misunderstood.

The educational establishment has not yet caught up with what the families of autistic people have long known and scientists are beginning to affirm: swaths of the autistic population have the capacity and ability to not only keep up with their typical peers but in some ways, to surpass them. Citing memory and perception, in a recent roundup of this research, a reporter for The Atlantic referred to this phenomenon as "the autism advantage."

Authorities generally report that a high number of autistic people also have intellectual disability - as much as 80% - but these numbers are increasingly suspect. New research on the strengths of the autistic brain and reporting by the likes of Steve Silberman, author of NeuroTribes: The Legacy of Autism and the Future of Neurodiversity, is popularizing the notion of the spectrum of autism as wide and vast enough to include those who pass undiagnosed and undetected, yet with above average and sometimes extraordinary intellectual abilities.

Companies like Specialisterne and nonPareil Institute recognize the distinct advantage that autistic employees can bring to the information technology industry and they train and hire individuals to tap into this potential. These firms are amongst the vanguard in corporate America, and represent a growing list of organizations discovering that hiring people with autism can increase a business' bottom line. It's easy to see how Vincent would fit in well at a company that values his unique skills, but where are the onramps? And where does Vincent go from high school?

It's estimated over half a million children with autism will come of age in the next decade. As many as ninety percent may be unemployed or underemployed. So many of them can benefit from more learning and yet so few will have the opportunity.

It's time that higher education came to the table with more options to include people with autism and developmental disabilities on college campuses, from alternative approaches to academics to housing and supported living. We all have much to gain from further preparing these children to contribute to society instead of wasting away at home, stressing their families and the overburdened government service agencies.

We can do more and we can do better by our kids with autism. Let's stop limiting them with catch-all solutions that don't extend beyond the Walmart parking lot and start fostering bigger dreams and creating opportunities that include partnerships on college campuses with the companies that need their unique skills.

Life after high school for Vincent and his peers should be what it is for the rest of our children, filled with paths to discover one's passion and onramps to independence.
When high school transition teams work in harmony with colleges, universities and employers, with a person-centered approach, children on the spectrum will have the chance they need to fulfill not only their promise but their dreams.