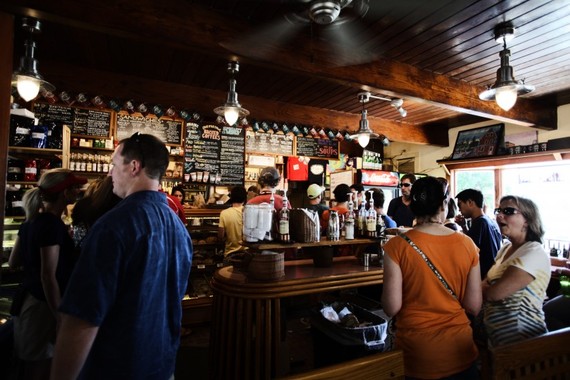 Like it or not, there are a number of rites of passage which we all have to go through in our lives. My current situation seems to be punctuated largely by networking boo-boos. Let me set the scene for you: It is late afternoon somewhere in the U.K. The day is hot, the people are tired, the drinks have just been poured. We are networking and we mean business. But let's stop using the royal "we," shall we? It's just me and I'm going it alone. I hop from small group to small group, saying my hellos and making my introductions. I spot out of the corner of my eye a group who seem to be having a particularly raucous time so, go getter that I am, decide to make myself a part of their conversation.

They look at me blankly.

They look at each other blankly.

"I spotted you from over there and you looked to be having a really interesting conversation! Do you come to networking events often?"

At this point, someone takes my bait. "We're not here for networking," they say and promptly turn their backs on me.

Networking comes with its pitfalls and perils and like it or not, I seem to be accumulating them faster than anyone else out there. Whilst it's easy to get downhearted whilst networking, it's so important that you keep going, put your brave face on and battle forth.

If you're shy, networking can seem like the most terrifying prospect in the world if you're a little less than confident and whilst I would definitely count myself as a member of team timid, I have a few tricks up my sleeve when networking to make things a little easier.

First of all, get a drink. It can be of the alcoholic variety or not; only you will know what's best for you. Ol' lightweight larry over here goes for a soft drink but either way, it's a great excuse to approach people and start a conversation. If you see other people milling around the bar area queuing for a drink, say hi to them. Chances are, they're just as nervous as you are and will be pleased that you approached them first. Drinks are also a great way to prevent the awkward hand situation, preventing fidgeting by giving you something to hold. Awkward situation: Rebutted.

Don't be afraid to hang back a little. If you're feeling overwhelmed or just need a few minutes to gather your thoughts, move to a corner away from the crowd and take a moment to yourself. You shouldn't feel like you have to be talking to someone every second of the evening and taking a short time out is actually a great way to refocus and steady your thoughts before you make your way back into the crowd.

If you struggle with approaching strangers, try and make connections with two or three people throughout the night. Taking the time to have longer, more meaningful conversations with fewer people will actually pay off for you in the long run. People appreciate it when you take the time to get to know what they're about so whilst you might not have had the time to talk to everyone in the room, you can leave knowing that those you have spoken to have been worthwhile connections. A huge networking no-no is shoving your business card down the throats of everyone you meet, so taking it slow is definitely the way to go. And if you're worried about talking to more people? There's always next time.

If you're really worried about what you're going to say when you network, try practicing before you go. Summing up what you do in a few sentences will help you later on when faced with the dreaded "so what do you do" question. It pays to be prepared and if you only do one thing, prep your business description.

Most important of all, however, is to be yourself. As best as you can, of course. Whilst the networking environment is hardly organic, it pays to act as you naturally would in a social situation. If you're not normally loud and chatty, don't try it out now; it will blow up in your face and leave a bad impression with those with whom you talk. Remember, who you are is pretty amazing and if you've made it this far in your business, you've already achieved something great. Don't let networking get the better of you. Take any mistakes you've made as a lesson learnt, have a breather and get stuck in again. The best way to conquer the networking session is to grab it by the scruff of its neck and look it directly in the eye. Have no fear.