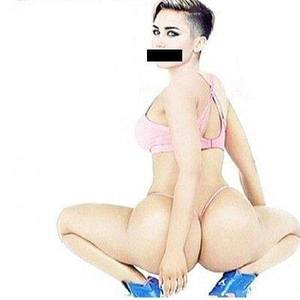 I hope that by the time this article posts it no longer applies. But as of its writing, the following is a small list of musicians who have yet to make a public statement or acknowledgement of Michael Brown's murder and the racial epicenter that is Ferguson, Missouri. In no particular order, they are: Justin Bieber, Macklemore, Iggy Azaela, Katy Perry and Miley Cyrus.

I could name plenty of other entertainers and celebrities who have remained silent. However, I chose the above five for a very specific reason; they are what I like to call "Black" White Musicians. They are entertainers who have been inspired by some facet of Black culture and whether through authentic means or appropriation have gone on to repackage it for the masses under their own guise.

What I'm speaking to both includes and goes beyond mere speech and dress. They don't just have Black friends or participate in the Black rhetoric. But they seek to replicate it, embody it, and occasionally even elevate it. Many times this occurs without the subtlety, nuance or even confidence that's needed. 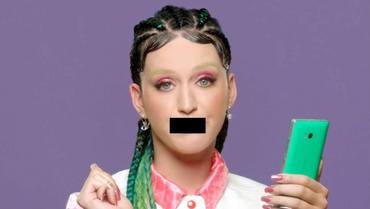 There are a multitude of examples but here are a few of the following:

The above musicians enjoy and in many ways reap the rewards of the best parts of Black culture and yet... are surprisingly absent when it comes to the worst. As a long time fan of many of the above musicians, Macklemore and Miley Cyrus to be specific, it's been a difficult thing to grapple with, let alone understand. 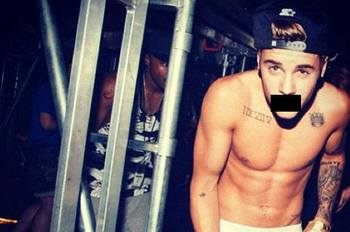 It's frustrating to watch white musicians be so ready to have legions of Black dancers/singers behind them, work with Black producers, sing about how "we" do and then be nowhere to be found when a Black tragedy takes the national stage. It in many ways cements the same things their art and music attempt to embody. A type of post racial illusion where minstrel images or just part of exploring your creativity and having fun. But we don't exist in any sort of post-racial world. Racism is still very real. An unfair double standard faced by Black men and women face a very real double standard when it comes to dealing with law. And there is a complete lack of value in the Black body...except of course as a sexual tool or as a means of entertainment.

Now, I know what you're going to say. This isn't a just a white celebrity problem. What about the Black celebrities? Looking over to the other side of the spectrum, you would find many of them are silent as well: Rihanna, Jay-Z and Beyoncé, Kim and Kanye, Will and Jada, Oprah. There are many who are speaking (Jesse Williams, David Banner, and Tichinia Arnold to name a few) but like in real life it's the one who are quiet who we notice the most.

And if they won't speak, what reason do celebrities of other stripes have to state their opinions. I don't know the real reasons why they don't but it's hard to argue that it's not in some ways related to fear. Fear of backlash. Fear of having your voice dominate more thoughtful ones thanks to the story hungry media. Fear of alienating any subset of your fans who may disagree. Fear of someone dismissing the validity of your opinion, as happened last week with John Legend and some type of "news" site linking itself to the Black community.

@johnlegend Music...stay in your lane.

Both the silence and vocality of some Black Celebrities over others is a different bone to pick. It's a continual conversation but I would say is that there's no doubt Black celebrities walk a balancing act between their massive platforms and their own identities. A balancing act even our President doesn't always achieve. However, White Musicians like the ones I've discussed have the luxury of picking and choosing the ways in which they engage in Black life. "We" don't have that luxury.

I feel like I would be lying if I didn't admit I didn't want to write this article. I honestly love several of these musicians. In fact, just this year I attended my first Beyoncé and Miley Cyrus concert. I'm the rare creature who had a fantastic time at both. It's interesting that what I remember most about the concerts, was the make up of the audience. There were fans who were Black and White, Asian and Latino, Gay and Straight. Fans who experience America very differently but can still come together for someone they care about.

And that's what made me write this in the end. I realized it's the job of the fans, not just the critics to make these artists accountable. It's easy to forget, their status as role models matters only so far as we hold them to that example. Only so far as we challenge them to be better. To do better. To call on them to show that their love of Black culture and Black people extends beyond the superficial into the reality of that experience.

So much good and awareness can come from standing up for something as we see most recently in the ALS Ice Bucket Challenge. A worthy cause that many of the above mentioned musicians have participated in. But as it stands, regarding the challenge of supporting the Black community, these artists are failing. And their silence in light of recent events resonates louder than any song they could ever make. 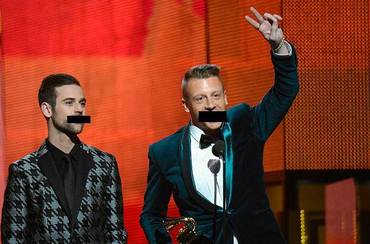