I was part of that Silent Generation born in 1923. Hard to believe now that I'm 93 and in what they call the twilight years and I have a better word for those years -- the years ahead, because I'm far from finished. Whatever is out there, I'm ready.

I can't say I was always open. I was always ready and looking forward to the next challenge. But -- and that's a big but -- as a dedicated dancer and performer, I was also totally unaware of anything outside of my immediate life. That means ignorant, not interested in world affairs, the political scene, even other human beings. Simply a dancer, who loved every thing and anything connected to the theater and dancers world. Not even the knowledge of who was the president or even if there was a president or which war or even if there was a war. It was wake up, ballet class, singing lesson, acting class, dance workshop, 8 o'clock theater, show time, sleep time. That was my daily routine for 20 wonderful years. My body, my brain, my everything was dance and performance.

And then one day it was during "Brigadoon" that the actor David Brooks was having a conversation with either Agnes de Mille (the choreographer) or Bobby Lewis (the director), regarding something in the political arena. I heard the name McCarthy and the subject of actors associated with the communist party and what he was planning to do about it. For some strange reason my ears perked up and I wanted to know and understand, what this meant. I listened and gradually me, this dedicated single-minded dancer, suddenly became a mindful, open and aware human being. I listened and read and became angry, vocal and active and a member of a not-so-silent generation.

I was angry and hurt at realizing what one evil human being could do to another completely innocent human being. And right now, transferring that period of time to this period of time, and a similar action of unmentionable hate by a human to his fellow man or, in this case, not just to one person, but an entire country -- no name mentioned. Yes shocking and dangerous and not possible, but maybe just maybe it is possible. Please say it's not possible. In the case of McCarthy it was possible and not only was it possible, it destroyed the lives of 10 innocent actors, writers, and directors. Some left the country and some were able to save their lives and families lives by writing under pseudonyms. I hate to say this, but it took decades before these innocent actors, writers and directors worked again. And you and I sat around and did nothing. Sounds like Nazi Germany and the genocide of the millions of Jews on a smaller scale. We are talking about that quality HATE. WHEN WE LEARN TO LOVE OUR FELLOW MAN and even ourselves, we will be way ahead of the game and possibly at peace. We all want peace, but we can't seem to pay the price or -- rather -- we are paying the price and heavily.

So now I'm 93 and completely active, dancing tango, practicing yoga, riding a bike and now writing about my journey. But always I am open and ready for a challenge and having enough energy to act on that challenge.

So yes, I was a part of the Silent Generation, but luckily I was saved by a horrific episode in this amazing and wonderful country. And I hope this nasty comical episode we are now living through will be short-lived and not take decades to get over.

I was born in the time of a Silent Generation and I definitely was an active part of it, but it was my enormous good luck to have been saved from it and I am now a large part of the very active generation, so let's just look toward what is out there and grab hold of what is out there and live this always surprising, unexpected and challenging life. Yes, it's all very possible. It's not an "if it's possible" because it is a possible. So let's not be silent and go for the possible. 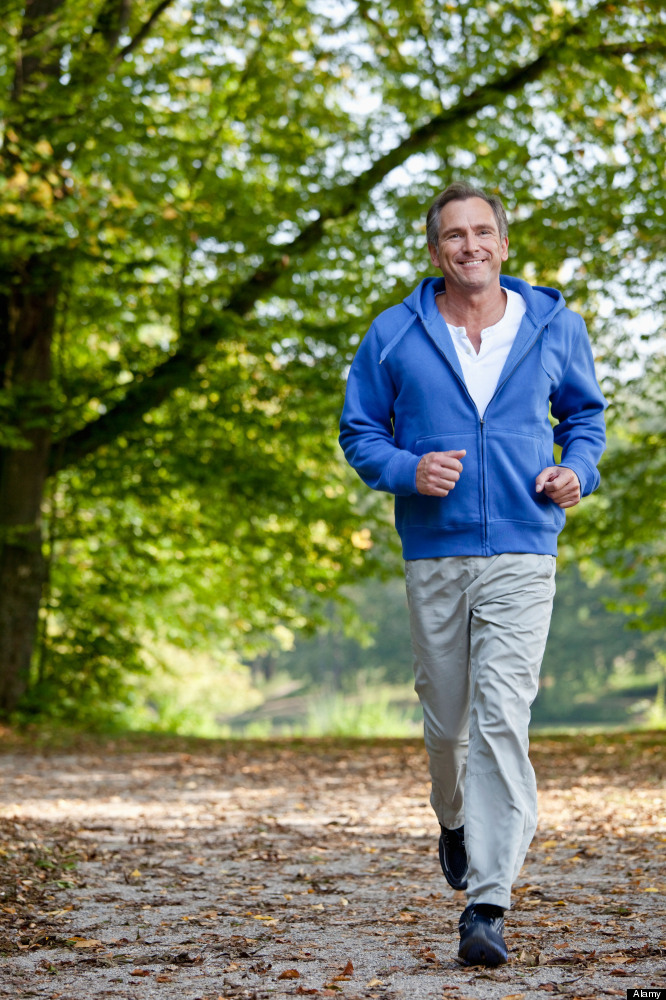 1 / 7
Get Moving
Exercising can naturally help you sleep better by raising dopamine levels, which in turn reduce anxiety and depression. Avoid exercising too close to your bed time, however, as this may make it more difficult to fall asleep soon after. Cognitive hypnotherapist <a href="http://www.huffingtonpost.co.uk/2012/01/17/10-sleep-tips-to-beat-insomnia_n_1209908.html#s617090&title=Exercise_" target="_hplink">Lesley McCall suggests</a> having at least three hours between exercise and sleep in order to give your body ample time to wind down and prepare for rest.
Alamy