If you've used one of Homer's inventions without realizing, you're about to say "D'oh!"

"The Simpsons" was originally created by Matt Groening in five hurried minutes sitting in a lobby as a rush replacement job for his other comic series, "Life in Hell." Groening had gotten the opportunity to pitch an animated cartoon series and deciding in the last minutes, right before the meeting, he didn't want go give up the rights to "Life in Hell," he hurriedly created arguably the most iconic family in American pop culture history.

Obviously Homer, Marge, Bart, Lisa and Maggie have been extremely influential, but they've even kind of sort of invented or inspired a few things that wouldn't necessarily be expected. Here are a few of the crazier things that can maybe be attributed to your favorite cartoon family.

1. Auto-correct, the iPhone's keyboard and the original iPod design.

"Lisa on Ice," Season 6: Bad autocorrect on an Apple device dates all the way back to 1994 with this episode making fun of the Newton. This joke actually significantly affected future Apple design. Nitin Ganatra, Apple's former director of engineering for iOS applications recalled in a Fast Company oral history:

Also, the early iPod design looks an awful lot like an electronic device from Season 8's episode, "Bart After Dark."

"Sideshow Bob Roberts," Season 6: Although the word wasn't first said on the show, Bart and Lisa's usage is credited with popularizing "meh."

John Swartzwelder, "The Simpsons" writer who inserted the word into the show and therefore our contemporary lexicon, said that he actually heard it from an advertising writer from the '70s "who insisted it was the funniest word in the world."

"Dude, Where's My Ranch," Season 14: The Y101 Morning Showgram seems to have been the first to point out that Usher's song is essentially the same as Homer's questionable attempt to write a Christmas carol.

Will.i.am wrote and produced the song (he's been known to "get inspiration" from elsewhere before). Homer's failed Christmas carol ended up globally topping charts and selling millions of times as sung by Usher.

4. The entire plot of "The Hangover."

"Viva Ned Flanders," Season 10: The plot of a 1999 episode isn't actually that similar to the movie. Homer and Ned Flanders essentially just party in Vegas after Homer learns Flanders is 60. But there are certainly quite a few bizarre shared elements, most randomly the inclusion of the "Mike Tyson" character who is named Drederick Tatum in "The Simpsons."

HuffPost reached out to the management of Jon Lucas, one of the script writers, but did not hear back.

5. A respected theory for the universe being shaped like a donut. 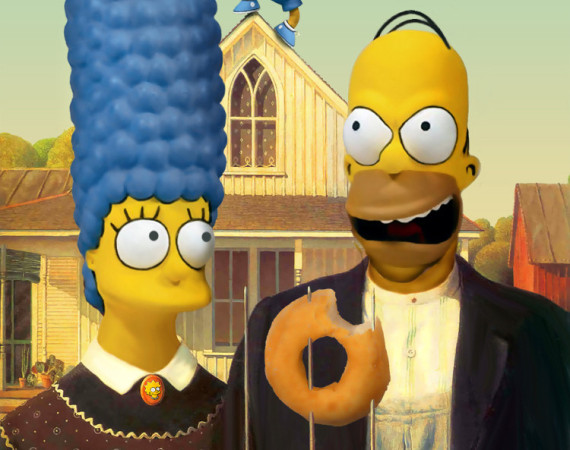 "They Saved Lisa's Brain," Season 10: Stephen Hawking appeared in this episode and told Homer: "Your theory of a donut-shaped universe is intriguing, Homer. I may have to steal it."

Homer's theory that the universe is shaped like a donut may actually be steal-worthy. Technically, a "donut shape" is actually called a "torus." Torus theories for the universe have been around since at least 1984, when Dr. Alexi Starobinski proposed it. Of course, if Stephen Hawking claimed it was Homer's theory, maybe Homer had been thinking about this idea even before the show started.

Also, apparently, a donut-shaped planet may be somewhere in our maybe donut-shaped universe. Homer would probably like the idea of a donut within a donut.

People have claimed that this predicted "Farmville," but perhaps the games are a bit too different. But maybe with the rise of virtual reality and the Oculus Rift, this game can finally be truly realized. For what it's worth, autumn is coming, so you could always just go outside to rake leaves.

"Bart's Friend Falls In Love," Season 3: Although it no longer exists, Goodburger used to have a steak and egg burger that was very reminiscent of the "Good Morning Burger" Homer drooled over in 1992.

The breakfast sandwich had hashbrowns, a burger and an egg all between two buns.

"Future-Drama," Season 16: We live in the future and magic exists now.

Earlier this year, the Consumer Electronics Show featured a 3D-printed cake. The Atlantic's Megan Garber got to taste the chocolate choice:

The stuff tasted pretty much like traditionally manufactured chocolate does -- except a little less sweet, a little bit drier, a little more crumbly. You know how chocolate, after it melts and rehardens, has a slightly different flavor and texture than it did before? The 3D-printed chocolate is like that.

9. Miley Cyrus' use of a wrecking ball.

Twerking also happened on "The Simpsons" before Cyrus did it.

10. And, most importantly, hamburger earmuffs.

Last year, Josh Gates' of the SyFy channel tried to order a T-shirt, but Amazon accidentally shipped him hamburger earmuffs instead. The story went viral. Rather than return them, he wore them everywhere. Gates reviewed the order on Amazon and recounted the moment he opened the box to welcome hamburger earmuffs into his life:

I quickly realized that these were no ordinary burgers. Trembling, I lifted the twin sirloins to my head. The soft fur of the faux-brioche bun gently cradled my ears, and the layers of genuine felt cheese and lettuce all but muted the sounds of the office copying machine... The heat from the Hamburger Earmuffs radiated through me like warm, mustard-flavored sunshine. Thanks, Amazon. You may not have shipped me my t-shirt, but you did deliver a holiday miracle.

BONUS: Certainly not popular, but did "The Simpsons" influence Russia's acts of war following the Olympics?

"Simpson Tide," Season 9: In this episode, Homer accidentally starts a Cold War and Russia reveals the Soviet Union actually never went away. The Olympics flag was recently added into the image. This is certainly not a joking matter, but did "The Simpsons" predict Vladimir Putin's invasion and annexation of parts of Ukraine following the Olympics? Kind of! 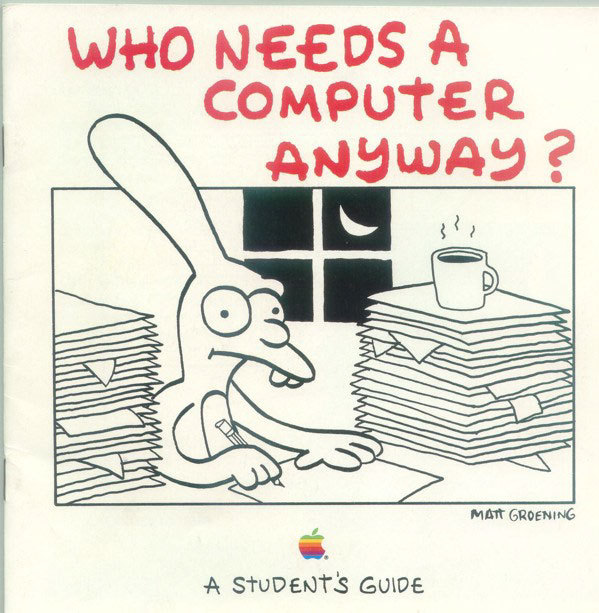