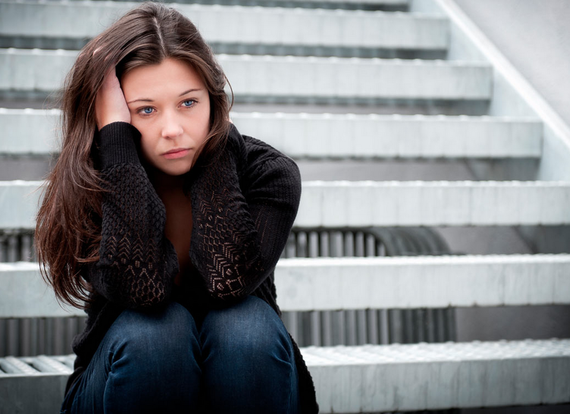 John, a 57 year-old man, consulted me for a mixture of "personal and career stagnation," as he put it. His thoughts soon turned to a decision he made in his 20s, when he reluctantly entered a career path and profession that his father urged him to follow. He said he now saw that his need for parental approval back then was part of a larger pattern that also led him into a marriage with the "wrong" partner. "I feel so much regret, about how foolish I was not to listen to my own heart - if I even knew what it was back then."

Throughout the decades I've heard many men and women express similar laments about turning points in their lives - significant experiences or choices they made, which they look back upon with deep regret and feelings of entrapment. They tell me the sadness they feel about the direction they took and what they turned away from, especially when they see the consequences over time that they feel entrapped by.

However, it's possible to experience your regrets differently. Those regrets have likely taught you something about yourself and changed you. But you may not realize it. And, you may not have acted upon what's changed within you, as you go forward in your life today.

To explain, lets first take a look at two examples of people's regrets and how they can paralyze one's present life: The woman who dropped out of graduate school when she was offered an entry-level editorial job with a newspaper. She was attracted by the seeming security of the position, and she said she had doubts about her journalistic skills, anyway. She remained with the paper for many years, while feeling increasingly stagnated. Ultimately, she was let go during a retrenchment. Now, at midlife, in a tight job market and an unforgiving life situation for people like her, she tells me, "If only I has stayed in grad school, how different my life would have been. But now..." She says she feels trapped and depressed about her life.

There's the man who, similar to John, realizes that his fears of showing himself, of asserting himself in relationships, accompanied him into a marriage. There, he became subordinate and increasingly resentful. He remained in that marriage for years, while fearing to engage his wife to determine if it could be improved or if it should end. Interestingly, his pattern was illustrated by some new research showing that people who are insecure about themselves tend to stay in unhappy marriages. The study found that intimate partners who experience low self-esteem to begin with tend to remain in their relationships, not making "noise," for fear of rejection. They avoid facing or addressing problems in the marriage. And then, unhappiness and conflict become almost inevitable.

There are many kinds of regrets that people have and then feel trapped by within their current lives. That becomes more acute as you enter the middle years. But consider this: If you're able to feel regret to begin with, then that very feeling, that awareness, suggests that you're probably not the same person you were back then. That is, if you're able to recognize the "wrong" path you took, you're likely to have grown and "evolved" beyond it, since then. Otherwise you wouldn't be aware of the consequences or what you've come to regret.

From that perspective, you have an opportunity to identify what you've learned from those experiences and consequences. That can be the key to freedom from feeling trapped by your "previous" self, because you have become a different person, in those respects, as you go forward.

Perhaps most importantly, you may have "needed" to follow the "wrong" path in order to confront and learn something important about yourself; something essential for your capacity to grow and change. It is sort of a message to the self from the self: "This is what you need to deal with in your life, in order to grow."

With today's perspective, you can identify what you weren't able to recognize, foresee or understand back then. That can show you what you need to incorporate now, both in your view of yourself and your current actions. That includes forgiving yourself for having followed the "wrong" path. This shift of perspective can alter your experience of regrets towards a healthier, positive direction.

But there's also a reality to embrace, here; It's living with the "long tail" of the consequences of your past decisions. That includes any events you might not have chosen, but happened to you. Facing what you can do now, with awareness of how you are different, today, includes living in the context of that "long tail." However, living with the consequences of the past doesn't mean you need to be imprisoned by them in your life now - unless you've learned nothing and are still the same person as you were back then, making the same kind of mistakes.

In fact, embracing how you've grown and changed in your emotions and behavior, together with accepting whatever the long-term consequences of your regrets have been, can be liberating. It can free you to focus on what's important to your life right now and what you are able to change, in contrast to what you can't. You might not find a life situation concerning your relationship or your work that's as ideal as what might have been, had you had followed a different path. But it can be good and meaningful in its own right. Especially so, when you know that you have grown spiritually and emotionally.

And anyway, keep in mind the always-unknown aspect of the path not taken: You don't really know what might have happened. If you had taken that "better" path it might have led to disaster... and another kind of regret.

PHOTO GALLERY
How To Tell Your Adult Kids You're Dating Again
Download
Calling all HuffPost superfans!
Sign up for membership to become a founding member and help shape HuffPost's next chapter
Join HuffPost

1 / 5
Are You A Couple?
Nothing wrong with being cautious and slow. Before you tell your adult children that you are dating again (or make a big deal about someone specific), make sure that the two of you are a couple. Ask yourself whether you feel serious about this person. You don't want to get your adult children involved, attached, or concerned when it's not necessary.
Alamy