I've never been much interested in going to the Eiffel Tower, Big Ben, the Colosseum, or any of the standard tourist draws in Europe. When I travel, I like to track down some of the more specialized attractions - the ones that have always lured history's outsiders, the debauched aristocrats, wild monks and free-spirited noblewomen who populate the continent's secret past. Luckily, while researching "The Sinner's Grand Tour" (Broadway, May 2011), I discovered that Europe is still littered with underground historical sites. Seeking out these forgotten boudoirs, relics and dungeons provides travelers with an entirely fresh view of the most over-trodden destinations. Let your imagination run riot!

'The Sinner's Grand Tour': 10 Sexy Places The Guidebooks Won't Tell You About (PHOTOS) 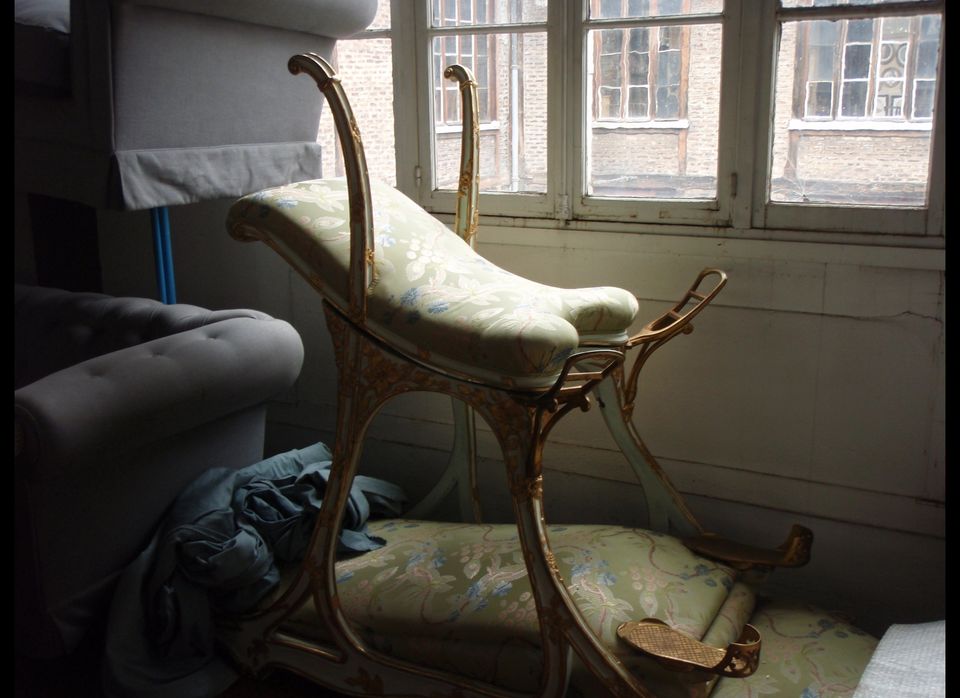 1 / 11
Paris: The Royal 'Sex Chair'
In the belle époque, the "beautiful era" of the late 19th century, the City of Eternal Love was renowned for its luxury brothels. The most opulent was Le Chabanais, discreetly hidden on a quiet street just around the corner from the Louvre, with its infamous "fantasy rooms" popular with European royalty, politicians and stars of the stage. (The once-elegant edifice at No. 12 Rue Chabanais is now an office building). In the 1880s, the brothel was frequented by the extravagant Prince of Wales - the future King Edward VII of Britain -who was notorious for his enormous appetites. As the prince grew more obese, he ordered the construction of a <em>fauteuil d'amour</em> - "love throne" or "sex chair" - so that he could lower himself onto the working girls without crushing them with his enormous bulk. The bizarre item was last seen at auction in 1951, after the French government closed down all the brothels in Paris. But for "The Sinner's Grand Tour," I tracked down this legendary relic to a private warehouse on the Right Bank, where it had been repurchased by the original manufacturer's great-great-grandson. It's still intact - although, thankfully perhaps, it has been re-upholstered.