If you're like most people, you're getting less than adequate amounts of sleep on most nights. A 2013 Gallup poll found that U.S. adults get an average of 6.8 hours of sleep a night -- more than an hour less per night than we got in the 1940s. And fully 40 percent of Americans are getting six hours of sleep or less every night. That's much less sleep than what experts recommend for most adults.

Check our chart to see How Much Sleep You Need.

Lack of sleep may not just be making you cranky and unable to concentrate. It could be one of the reasons why you're struggling to take off that extra five (or 10, or 20) pounds. 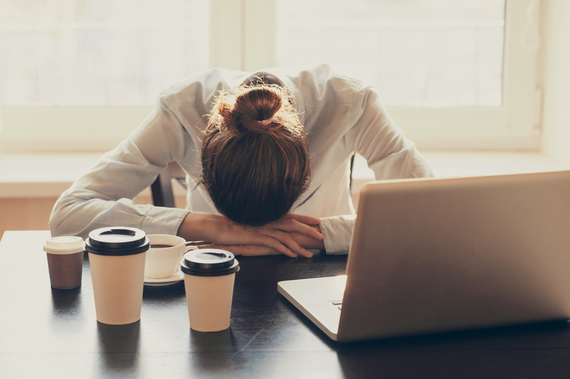 Another found that sleep-deprived people strongly prefer high-calorie foods, like chocolate, potato chips and gooey desserts -- with brain scans showing that a night of little sleep leads to reduced activity in the areas of the brain that regulate decision-making, and intense activity in the brain's pleasure centers.

And larger studies have shown that both adults and children who are "short sleepers" have a greater risk of obesity.

So what's going on here? It may have to do with the relationship between two hormones, ghrelin and leptin, which have been dubbed the "hunger hormones." Put simply, leptin puts the brakes on your food intake, signaling your brain to stop eating, while ghrelin, on the other hand, kick-starts the appetite. 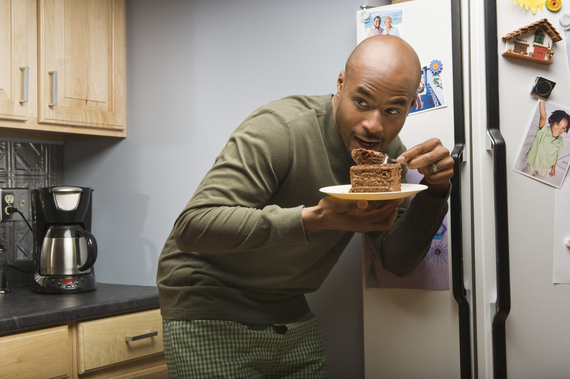 And sleep -- or the lack of it -- appears to affect the levels of leptin and ghrelin in the body. Even a single night of sleep deprivation appears to increase the levels of appetite-stimulating ghrelin, with the double whammy of lowering leptin levels.

Now, let's be clear -- the science here is very intriguing, but it's still preliminary. Observational data and small studies do strongly suggest a correlation between lack of sleep and weight gain, and the ghrelin-leptin theory is a persuasive explanation for why that might be.

But right now, we don't have any "gold standard" studies -- that is, randomized, double-blinded, and controlled studies -- to confirm this less weighty evidence. Honestly, it would be very hard to design such studies. And the relationship between sleep and metabolism is complex. While generally speaking, research does strongly point to a correlation between lack of sleep and weight gain, that may not be true for everyone. Sleep affects people differently.

Still, getting a good night's sleep is good for your health anyway. Unlike fad or crash diets, appetite suppressant pills, and other less healthy ways of trying to take off a few pounds, striving for a good 7-9 hours of sleep a night can only benefit you, rather than harm you.

Research suggests that people with disrupted sleep are two to three times more likely to have Type 2 diabetes, and a small recent study might help explain why. Researchers at the University of Chicago studied a group of 19 healthy men through two scenarios: in one, they got an average of 7.8 hours asleep for four consecutive nights, and in the other, they slept for an average of 4.3 hours for four consecutive nights.

The results? The sleep-restricted group immediately had a spike in the overnight levels of fatty acids in the blood, as well as an increase in insulin resistance -- a hallmark of pre-diabetes -- that lasted for nearly five hours. Blood glucose levels didn't change, but the ability of insulin to do its job -- to regulate blood glucose levels -- dropped by about 23 percent after short sleep.

Here again, we're talking about evidence that is observational, rather than from randomized, controlled studies. But as these pieces of evidence keep adding up, they are forming a consistent pattern that tells us that there's something about not getting enough sleep regularly that is bad for our health in many ways. 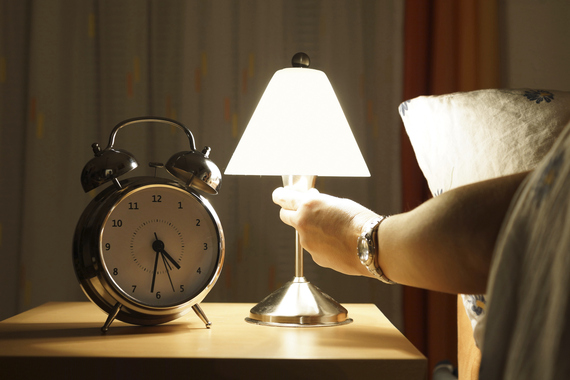 Now, there are some reasons for sleep deprivation that are out of your control, like waking up with a new baby or a sick 5-year-old, or a work schedule that disrupts your nights. Or maybe you have insomnia for no apparent reason -- something to check out with your doctor. But let's be honest: Many of us are staying up too late when we don't really need to. So tonight, if you're tempted to use the midnight hour to catch up on work, or just one more episode of "Scandal," or even a really fascinating blog -- turn over and turn the light off instead.

I can't promise you'll lose any weight, but I'm pretty sure it'll be good for you. Sweet dreams!