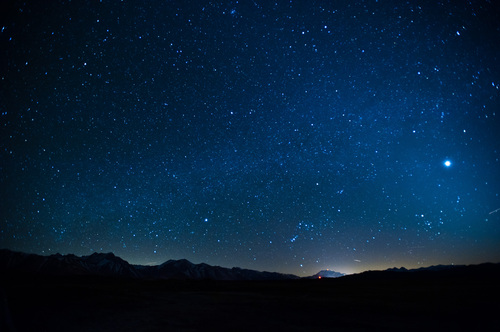 "Man must evolve for all human conflict a method which rejects revenge, aggression, and retaliation. The foundation of such a method is love."
- Martin Luther King Jr. (Nobel Lecture, The Quest for Peace & Justice - 1964)


"How could he have done this?" is what everyone asks. It must be terrorism, one early article declared since any other reason for this horrific outcome was unthinkable.

It is only human nature to want answers and to look for things that will help us feel comforted from the horror of events like airplane crashes. But it's dangerous to let our understandable outrage at the senseless loss of life cloud the harsh reality that it's time for us to accept that this outwardly healthy "boy next door" co-pilot from a quaint village in Germany could be our son, our next door neighbor, our father -- he could even be us.

It always stuns me when people I don't expect to be insensitive or ignorant about mental health use discriminatory language that betrays their lack of understanding. This happens in my work with people I have trained. Editors change my language to reflect the wrong usage of terms involved in mental illness or criminal justice. While we don't know what really happened in those final moments of darkness, the speculation about this recent tragedy led one of my colleagues, who has consulted with me on compassionate language in our advocacy work at the Flawless Foundation to write this email below:

Layman's assessment: I think he was a mass murderer first, suicide second, depressed or ill goes in 3rd place in this case. I think there is a long leap from being depressed and perhaps wanting to kill yourself to plotting to kill 100s of innocent people and the root of that is way deeper than a history of depression.

This was my immediate response:

"What does it matter; suicide, mass murder, diagnosis, terrorism? There is one and only one simple thing we need to be focusing on and that is the brain is the brain is the brain. Whether it was a seizure or a suicide or a result of a recently diagnosed health issue, was this a brain that was functioning optimally? We can probably all agree that this wasn't someone with healthy brain function and the real question is, what are we doing as a society when it comes to brain health?"

As someone who has recovered from serious mental illness and never planned to hurt anyone else, I nevertheless think I understand that dark place where Andreas Lubitz's breath stayed steady as he aimed the airplane filled with 149 other people into an alpine mountainside.

I remember my breath was steady, too, when at seventeen, I only saw black and took a bottle of prescription antidepressants and went to sleep with the goal of ending my life.

My breath was steady when I only saw black and would take a razor blade to my skin on a daily basis.

My breath was steady when, after years and years of what I thought was successful treatment for anorexia, I starved myself after a surgery for a life-threatening liver laceration because I couldn't stop myself from losing weight which was a side effect from treatment to stop my internal bleeding.

My breath was steady when I only saw black and overexercised till I almost passed out when I was pregnant with my long dreamed-for baby after two years of infertility.

Part of me can identify and understand the pain this "seemingly normal" young man felt in those terrifying moments. Part of me understands the continued discrimination and shame that both prevents too many people with brain disorders from seeking treatment and leads so many people around them to avoid, overlook, or treat these health challenges differently than we do any other medical condition.

Consider the fact that bulldozers razed Adam Lanza's family home in Connecticut. But the fact is that we cannot address brain health conditions that afflicted their son and then their entire community by bulldozing them out of our collective conscience.

Until we change our own minds about mental illness and commit the necessary resources, we can expect more tragedies to occur.

At this time of year, during the spiritual double header of Passover and Easter I write an annual blog called, "Not Passing Over."

This year in light of such a recent tragedy, it seems especially appropriate to say more emphatically than ever: we need to stop passing over the signs of mental health challenges in ourselves and in others.

We need to stop passing over using uneducated language when we talk about people living with mental illness.

We need to stop passing over our feelings of terror and outrage when these high profile tragedies occur so that we can use our grief to take action rather than be paralyzed by fear.

We need to stop passing over the idea that we can simply dismiss the people responsible for many of these tragedies as "evil."

Only when we stop "othering" will we take real action. We will recognize that this cause affects every single one of us, but by failing to rally together we are passively letting our children, our friends, our communities and the members of our collective human family suffer and, in some cases, die senselessly.

There will be a world where we trick or treat for mental health every bit as much as UNICEF, children will raise millions of dollars selling cookies door to door, research will be funded by all the walk-a-thons, runs for life, celebrity concerts and colored ribbons.

One day we will not pass over, bulldoze, or believe that mass murder or suicide could EVER precede the brain based challenges that may have driven this German co-pilot and his passengers to such a tragic end. One day we will collectively breath in unison, no matter how momentarily black the sky, and we will start to see the stars one by one - that is, to see one another more clearly for the light and darkness that is within all of us.