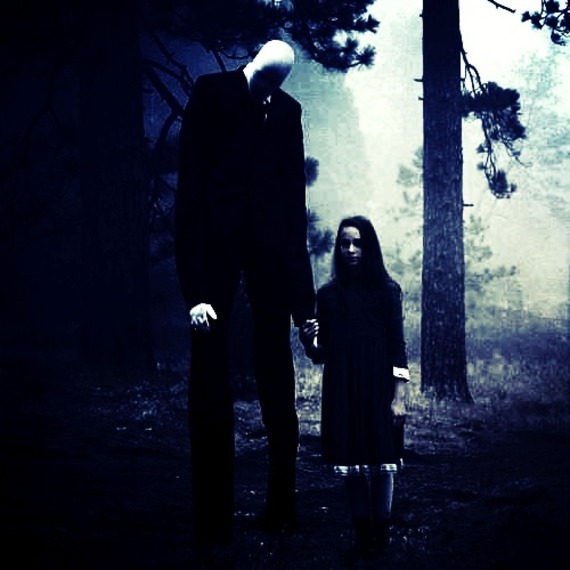 Recently, there has been an upsurge in the news about how a harmless fictional character brainwashed two 12-year-olds into committing a brutal assault and attempted murder of a classmate. While it seemed in the beginning to be an isolated case of mental trouble in pre-teens, the theory has quickly been dismissed as multiple cases of so-called Slender Man attacks have sprung up across the country.

First, there was the two girls Morgan Geyser and Anissa Weier in Waukesha, Wisconsin, who stabbed their classmate in a wooden park, as they were walking during a sleepover. The girls confessed that they did this to become apprentices for Slender Man, an infamous character from an internet urban legend, with abnormally long hands and feet, who is said to wear a white mask on his face and stalk and torture children for enjoyment. The victim, who was stabbed 19 times, is making a quick recovery, and even began walking a few days ago.

While this could've been dismissed as a distinctive case of obsession-driven violent youth crime, the case was soon succeeded by a mother in Hamilton County, Ohio being attacked by her own daughter in their kitchen, after she became obsessed with Slender Man, and other mythical demons.

The third case of Slenderman attack was carried out by a couple in Las Vegas, who shot at police officers Alyn Beck and Igor Soldo, who were having lunch in a strip mall, fled to a nearby Walmart, killed a third man, and jointly committed suicide. Jerad and Amanda Miller, the concerned couple, are alleged to have dressed up as Slender Man and Harley Quinn respectively, according to neighbor Krista Koch.

But why? Has the entire world gone berserk? While the three cases can't simply be dismissed as isolated cases of psychiatric disorder, it is impossible to find any clue that links them together, other than, of course, the Slender Man. Another question will be, why now? Slender Man has been around since 2009. If a certain mass hysteria were to occur, why now? My theory of things will be that it isn't just Slender Man, but the plethora of shrouded, mysterious and dark creatures that have been in our fiction and mythology. Take vampires for example. Everybody knows they aren't real. And yet vampirism is often linked to crimes. Especially among the youth, where vampirism represents strength, masculineness, the brutal ability to possess and feed off a harmless subject. To normal people, that's horror, insanity, but to those who think crooked, these are the heroes. A very recent case in the United States is the "vampire trucker." Timothy Jay Vafeades, a mentally disturbed man who kept his own 19-year-old daughter locked up in his car for six months, constantly abusing her sexually and physically. As if this wasn't twisted enough, he is said to have dental inserts to make his canines look like vampire teeth, and he is said to fill his victims' teeth to make them look like vampires too. He is said to have been performing these vampire crimes since 25 years, and has been arrested recently by the FBI.

The Slender Man attackers, it would seem, just chose to give their villainous counterparts a new name, instead of the more conventional Count Dracula or Lycanthrope. And especially after the public hype concerning the Slender Man, these troubled individuals may have indeed been tempted to use this more "fashionable" entity as their face, as it not only gives them instant newsworthiness, but also makes them the center of a rather huge spotlight.

Founder and Editor at All About Occult