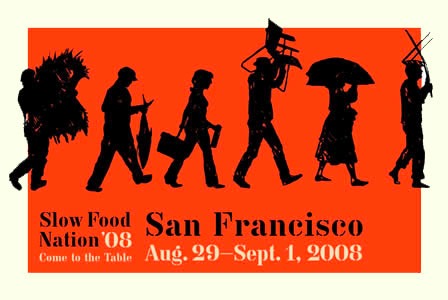 It's the Woodstock of Slow Food in San Francisco this weekend, celebrating a movement that " "that was founded in 1989 to counteract fast food and fast life, the disappearance of local food traditions and people's dwindling interest in the food they eat, where it comes from, how it tastes and how our food choices affect the rest of the world."

But it is a meme that has caught on: the idea that you take it slow, do it carefully, do it right and take the time to enjoy it. The Slow Movement is expanding far beyond its base in food, and we think will go a lot farther. Some other fast-moving slow trends: 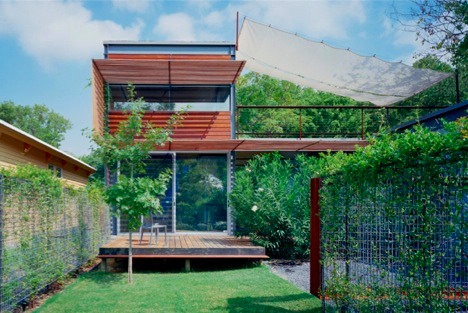 Architect John Brown proposes the Slow Home. "Suburban sprawl is like fast food; cheap and easy but also unsatisfying and boring." says the intro Slow Home, which says "takes its name from the slow food movement which arose as a reaction to the processed food industry. In the same ways that slow food helps people learn how to become more familiar and involved with the food they eat, Slow Home provides design focused information to empower individuals to step beyond the too fast world of cookie cutter housing. " He provides ten steps to find the true slow home, including Go Local, Go Green, Go Small and Go Simple. More on the Slow Home 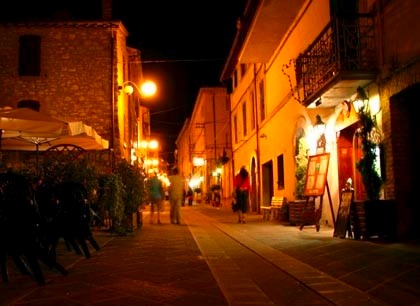 It is an outgrowth of the slow food movement and like it, started in Italy. According to Der Spiegel, "Slow City" advocates argue that small cities should preserve their traditional structures by observing strict rules: cars should be banned from city centers; people should eat only local products and use sustainable energy. In these cities, there's not much point in looking for a supermarket chain or McDonald's. Read more about slow cities 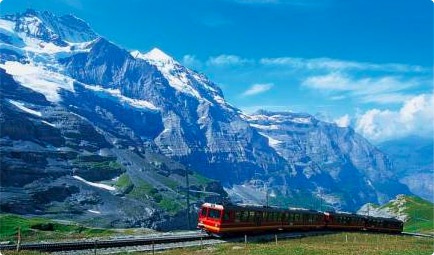 It is happening in Sweden, where 8,000 charter trips were offered this summer, "not just eager eco-travel buffs snapping up the train charter trips, but also a heretofore untapped group of travelers afraid to fly, as well as recent retirees who are nostalgic for the longer train trips of their childhood." Read more about slow travel 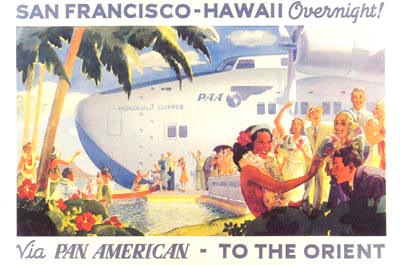 We note the return of the propeller plane on shorter routes, which uses a lot less fuel and flies lower. Fifty years ago, a flight to Europe from New York meant a stop in Gander, Reykjavik and Shannon- it was slow, it was low, but you got there in a day. For domestic or European flying, it seems completely obvious. Perhaps we don't need to stop flying, we just have to slow down and enjoy the trip. More on the return of the turboprop 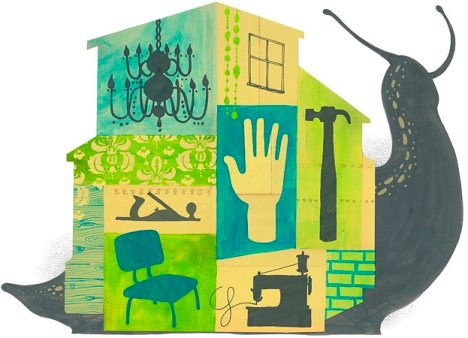 "Slow Design, much like its gastronomic predecessor, is all about pulling back on the reins and taking time to do things well, do them responsibly, and do them in a way that allows the designer, the artisan and the end user to derive pleasure from it.

Just like Slow Food, it's all about using local ingredients, harvested and put together in a socially and environmentally responsible way. Above all, it emphasizes thoughtful, methodical, slow creation and consumption of products as a way to combat the sometimes overwhelming pace of life in the bigger-faster-now 21st century." More about Slow Design

"Fast fashion involves a sort of democratization of style. Runway looks are reproduced as quickly as possible for consumers with Target, Old Navy, and H&M budgets. Designers like Marc Jacobs franchise second and third lines, allowing the masses an opportunity to buy a bit of mystique. The garments don't have to last, since the styles are ephemeral. This translates to resource-intensive, disposable clothing. As with food, there's little emphasis on who made a garment and how, or the social and environmental effects.

The slow food movement has focused on making connections between the way a morsel is grown, and how it tastes, helping us reflect on how our consumer choices relate to human and eco impacts through transparency about origins. At London Fashion Week, designers at the Estethica exhibit used similar language to describe design and production processes. Slow fashion means clothing and accessories that start with thoughtfully-chosen beginnings, are constructed by well-paid individuals, and are meant to remain wearable for years to come." More about slow fashion 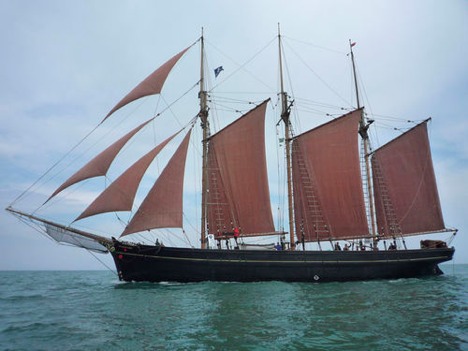 That's the Kathleen and May, pulling into Dublin with 22 pallets--that's 21,000 bottles of Fair Wind Wine--from Languedoc, carried by the Compagnie de Transport Maritime à la Voile (CTMV). They are the "owners and operators of the first [21st century] European fleet of merchant sailing ships, and the current market leader for clean, environmentally friendly transport." Transportation by sail has one-seventh the carbon emissions of a container ship.

"Consumers today don't know how long things really need - how long wine takes to mature; how long an apple takes to grow. [Slow freight] is a pedagogic thing. If the ship's late, it's because it's working with nature." He adds that there are added benefits of sending the bottles by boat, too - the rolling of the waves apparently improves the flavour of the wine." More about slow freight 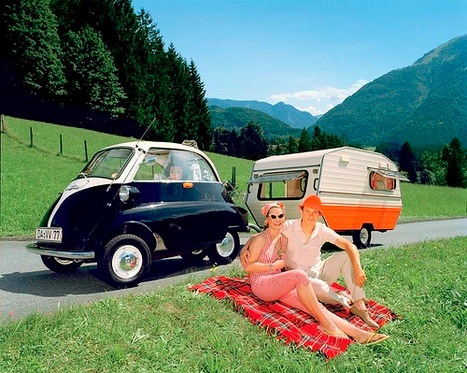 Our own contribution. Perhaps, like the slow food movement, we need a slow car movement, a radical lowering of the speed limit so that the private car can survive in an era of peak oil and global warming, simply by being smaller and slower. Fuel consumption rises dramatically with speed, as does the need for air bags, crush zones and other safety features that add weight, the other factor affecting fuel consumption. Electric cars go a lot farther when they are light as well.

We don't need hydrogen cars and new technology, we just need better, smaller designs, lower speed limits and no big SUVs on the road to squish them. More on Slow Cars