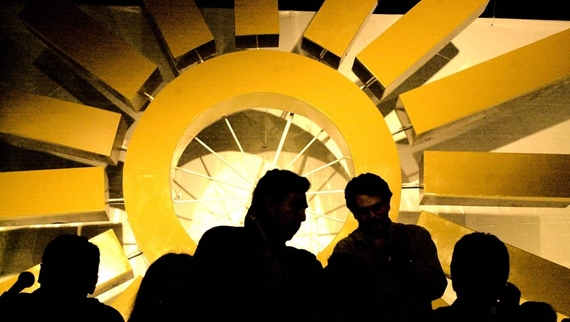 Does Mexico's Left have a future? As the political scene moves closer to the 2015 mid-term elections, the shocking collapse in popular support for the country's main left-wing party -- the PRD -- is looking increasingly less like a temporary blip and more like a structural shift in Mexico's political landscape. For a country that has not had an opposition left-wing party win a presidential election in modern times, the transformation of the PRD from Mexico's second largest political force with credible presidential aspirations into a middle-rank party that is going from weak to weaker is a startling step backwards in terms of ideological inclusiveness. Unfortunately, there is no-one to blame but the PRD itself.

The root causes of the PRD's implosion have been in the making for years, but seem to have converged into a perfect storm over the past few months:

The biggest immediate impact on the PRD's poll numbers is the existence of Morena, the new leftist party created by former PRD presidential contender, Andrés Manuel López Obrador. Morena has capitalized on the personal appeal of AMLO to more radical leftists, as well as those who see the PRD as too mainstream particularly after its collusion with the ruling PRI as part of the Pacto por México in 2013-14. According to the recent Parametría poll for February, Morena can count on 9% of support for the upcoming mid-term elections which is only four percentage points below the PRD itself. This share has been rising over the past few months and it is not inconceivable to think that it could close in on the PRD by election day (June 7th). What is clear is that for all his faults, no Mexican politician in recent memory has been as capable as AMLO in reviving his political fortunes from the ashes of defeat, and his anti-status quo rhetoric could begin resonating more strongly as frustration against the political system continues to take its toll on the PRD. In any case, the defections continue: in late January, nearly 30 prominent PRD members defected to Morena.

Protesters may focused their fury against the PRI and the president, Enrique Peña Nieto but a it is clear now that the PRD was the biggest loser in the political crisis that erupted following the Ayotzinapa kidnappings on September 26th. This was hardly unwarranted: the kidnappings took place in the municipality of Iguala, which was governed by a corrupt local PRD stalwart whose wife had ties with drug cartels. Iguala is also located in the state of Guerrero, which the PRD managed to snatch in 2011 by poaching a former PRI member, Ángel Aguirre, into its ranks. The reaction by PRD leaders to the crisis was dreadfully slow. Aguirre was not forced out as governor until late October and in fact, remained a member of the PRD until mid-February when he quit voluntarily rather than be expelled. Party leaders spent more time attacking the PRI and the PAN over violence in their respective states rather than addressing how such a crime could be committed under its watch and how it would work to ensure that its local governments didn't collude with the cartels in the future. This woeful reaction to the gravest security scandal in recent Mexican history clearly has not gone unnoticed by voters (only the PRI has lost an equivalent volume of support, but retains a much larger core base), and is helping cement the belief that the PRD has lost its allure as a viable alternative to the PRI and the PAN. 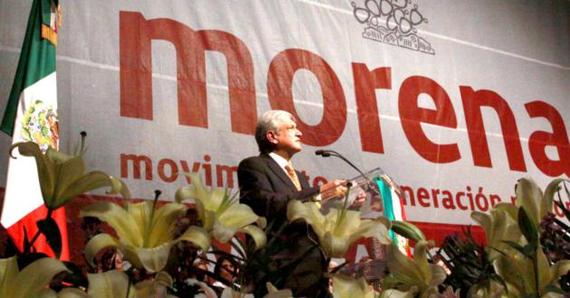 Behind every failed party is failed leadership and the PRD is no exception. The party's tribal nature has turned increasingly chaotic over the past few years notwithstanding the undisputable dominance of its Nueva Izquierda faction, known colloquially as "Los Chuchos" due to the common first name of its two past leaders, Jesús Ortega and Jesús Zambrano (their protégé, Carlos Navarrete, succeeded Zambrano in October 2014, just one week after the Ayotzinapa crisis erupted). The Chuchos may have succeeded in in maintaining control of the party since 2008 but their failure lies in their inability to foster (or force) unity across the party's ranks or even across its own members -- there are factions even within Nueva Izquierda itself. López Obrador's separation from the PRD was the first nail in the coffin although one that was perhaps unavoidable given his insatiable presidential aspirations. More damaging however, was that of Cuauhtémoc Cárdenas last November, one of the party's founders and who was seen by the rank and file as its moral leader. Cárdenas left under no uncertain terms: with a damning resignation letter in which he blamed the party's failures on the Chuchos and with a view that the party was in "frank decline." Unsurprisingly, the PRD's leaders minimized his resignation but the damage was done.

Since then, the Chuchos have taken a more combative stance against their internal opponents, and with Cárdenas out of the picture it is unclear who could rise within the party to offer credible leadership and narrow the differences between the rival factions. The most vocal opponent of the Chuchos is René Bejarano, leader of the Izquierda Democrática Nacional faction, but the former AMLO ally is a controversial figure due to his involvement in a series of video scandals back in 2004. Further down the pecking order is Marcelo Ebrard but he has seen his popularity plummet in recent months following a scandal over Line 12 of Mexico City's metro (built and inaugurated during his term but now partly shut down due to some appalling construction faults). Morena is currently courting Ebrard into its ranks and it appears that the former Mexico City mayor may also abandon the PRD's sinking ship given that the Chuchos left him and his collaborators out of the list of candidates for proportional representation in the Chamber of Deputies. Aside from Bajarano, there is now nobody left standing to seriously challenge the Chuchos, but given the party's recent collapse in the polls, such a victory cannot be taken as anything other than pyrrhic.

The future of the Left in Mexico

Without the PRD as a viable political force (by viable meaning that it has a legitimate shot at the presidency), the Left in Mexico is regressing to a state of fragmentation not seen since the 1988 election. Its failure lies in its inability to accommodate both the anti-establishment forces that AMLO easily courted, as well as the more progressive elements that have longed for the party to adopt a less combative nature -- one that is both market-friendly and socially oriented. This is an achievement that many leftist parties and coalitions in Latin American have succeeded at (look at Chile's Concertación or the Partido dos Trabalhadores in Brazil) but whose formula has eluded the PRD. Instead, Mexicans were offered an unbalanced middle ground: a party that attacked the status quo only in rhetoric but never in practice, and at the same time never convinced centrists that it would not be swayed by irresponsible radicalism. Not surprisingly, the former have seen in Morena the party that channels their frustrations against the political class, while the latter have -- with reservations -- continued to support the PRI or the PAN because it's the "safer" option.

Despite these issues, the PRD may still have some wind beneath its wings, as its control over Mexico City gives it a strong case for longer term relevance: in current Mexico City mayor Miguel Mancera it has a potentially strong presidential contender for 2018, one with a better record than many of the current PRI and PAN hopefuls. However, the party's performance in the 2015 mid-terms will set the stage for its viability in the general elections three years later and a major loss of congressional seats in June could severely dent its ability to influence policymaking, not least because its role as the embodiment of the Mexican Left will now have to be shared with the more fiery Morena. There is no room in the Mexican political ecosystem for two large leftist parties. One will have to give way or both will be condemned to irrelevance.

Ultimately, the future for Mexico's Left is unwritten but there is space for the emergence of a strong-social democratic party that works to address the disappointing social and economic outcomes of the last three decades of right-wing rule under both PRI and PAN. Whether the PRD can reinvent itself (hardly likely under the power-hungry Chuchos) remains to be seen; the wait for a new Left to emerge could take decades and the only alternative is Morena's radicalism which, quite frankly, the country could do without.