Near the end of last year, Bitcoin was being gobbled up at an unbelievable $1100 per coin. With a cursory glance, at today's price ($500), you'd think that the Coca-Cola of cryptos is careening toward disaster. In order to understand why that's not the case, you might need a quick recap on how we got to this juncture.

For Bitcoin, early 2014 was a PR nightmare. The crypto was constantly being linked to drugs and money laundering, most infamously in the case of The Silk Road. But, the most damning sequence of events was due to a known security vulnerability and good-old-fashioned ineptness.

By February, major (but known to be sketchy) Bitcoin exchange Mt. Gox had been having problems for quite awhile. Because of that aforementioned security issue, Mt. Gox halted some of their user's ability to withdraw Bitcoin while they fixed the hiccup. Other more legit companies came forward to show that this wasn't a problem with Bitcoin at large, but with the implementation method of certain exchanges. Unfortunately, Mt.Gox still wasn't able to get their act together. They went into full damage control mode, preventing their users from making withdrawals altogether. That's when people really started freaking out. A shit-storm of downright apocalyptic press ensued, contributing to a big dip in the price of Bitcoin.

In light of this Mt. Gox debacle, other big players in the Bitcoin community banded together to say enough is enough. This cryotocurrency coterie further demonized Mt. Gox, strongly implying they could no longer be trusted. Meanwhile, reports were circulating that over $400 million worth of Bitcoin had been "stolen" from Mt. Gox customers due to exploitation of the very same bug they'd been battling. By the end of February, Gox went dark completely, along with all that missing Bitcoin.

As if that weren't enough to shake people's confidence, in late March, the government of China slapped some really restrictive rules on banks with regard to Bitcoin, essentially putting it in a legal gray area. Some are also reacting negatively to the IRS's recent ruling on Bitcoin.

Now, while all of these phenomena are certainly not good news, they are not issues that have to do with Bitcoin in and of itself. They are simply cases of external forces grappling with an unprecedented new technology.

So, now that we've trudged through the (highly-simplified) negative muck and mire of the last few months, let's take a look at the 5 reasons Bitcoin is not only here for the long haul, but may seriously impact the world in a litany of positive ways. 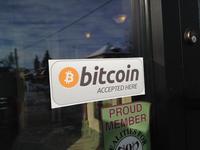 For cryptos to really wield a lot of power, they need to be easy to use. That means merchants must accept it on a wider scale -- and that they are. There are thousands of local restaurants, bars and businesses primed to take your sweet coin. On the web, significant players like Square, Stripe, Overstock, and Tiger Direct are a few of the latest to pick it up. No, it's not at Target or Amazon yet, but if it ever is expect another bump in interest, price and media hype.

It's also worth mentioning that services like Bitcoin ATMs, sites like Gyft and Cheap Air are bringing Bitcoin's learning curve down to earth, allowing people to spend their coin more directly and conveniently. 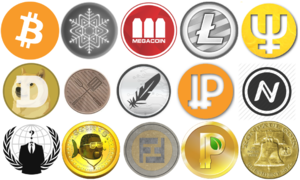 Whenever a successful, novel piece of technology hits, pretenders are inevitable. Because of Bitcoin's coding is available to the public, there's been a rabbit-like reproduction rate of cryptocurrencies. Literally hundreds of Bitcoin spinoffs, or "forks" have sprouted up and dozens of them are quite successful, with market caps well into the millions of dollars. Some even argue that certain more nimble cryptos like Litecoin, Feathercoin, or (my favorite) Dogecoin, actually improve upon what Bitcoin started. Perhaps down the line, Bitcoin will take a backseat to another crypto. But as of now, it's not even close in terms of value, infrastructure or user-friendliness.

"Price is the least interesting thing about Bitcoin... At first, almost everyone who got involved did so for philosophical reasons. We saw Bitcoin as a great idea, as a way to separate money from the state." -- Roger Ver, The New York Times. One of the most attractive things about Bitcoin is the philosophy behind it. It's designed to be completely decentralized, anonymous, egalitarian, and free from external or internal manipulation. It's neither liberal nor conservative. There's no Federal Reserve sending down mandates from on high. It is, 100 percent, a digital manifestation of the consensus of its users.

There's also been a lot of talk lately regarding potentially huge implications for the developing world. According to the World Bank, migrant workers are paying $14 billion a year in remittance fees. That's money that isn't going to their families. Imagine what a profound impact that cash would have for struggling, or downright poor families. On the other hand, the fee for transferring Bitcoin is minuscule, so nearly all of that lost money would be going directly into the pockets of families, not banks. On top of the remittance issue, there are dozens of weak currencies around the world, yet struggling populations have no choice but to use them. Bitcoin offers an easily obtainable, far more valuable alternative that wasn't available just a couple of years ago.

Let's start with the cryptography and coding. Don't worry, I'm not going to get technical on you. But, consider this -- of the hundreds of cryptocurriences out there, basically all of them use Bitcoin's backbone. Because the king of cryptos is open-source, everyone has worked together to create something highly-functional and thus far, unhackable. As Bitcoin continues to mature, so do the exchanges and wallets, making them safer. As we've seen from the Mt. Gox snafu, companies that aren't backed by a strong team of properly qualified people simply cease to exist, leaving the strong to take the reigns.

Every day, people are sinking insane amounts of money into Bitcoin and we're not just talking about investing and trading. (Speaking of which, there's been over $6.5 billion worth issued.) Bitcoin miners are pushing raw computing power to an unheard of level. We're talking eight times more than the world's top 500 supercomputers combined. This has created an arms race of processing prowess that has spawned a whole industry of mining gear. As a result, crazy computing power is shrinking into smaller spaces. Who knows what implications this may end up having for other industries.

Ultimately, the power of Bitcoin is, and always will be, in the hands of the people that use it. This community is more than just a bunch of nerds (I say that with love) getting together on message boards clickity-clacking away at their ergonomic keyboards. Thousands of people in over 60 countries are gathering in meat space to learn, discuss and philosophize about Bitcoin. While attendees definitely run the gamut in terms demographics, experience and degree of technical knowledge, many are deeply involved in shaping how the technology will be used and experienced going forward. Because of this passionate, highly engaged grassroots community, literally hundreds of startups with an average value of nearly $4 million have cropped up in just a couple of years. 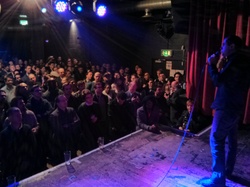 Given the fact that this technology and its implementation is still so young, we don't know what these companies, coders, meet-up groups, miners and just flat-out curious people will eventually accomplish. But, when you diminish or scoff at Bitcoin at this point, you're essentially deriding hundreds of thousands of tech-savvy, hungry, young people -- not a great group to bet against.

Despite all the misinformation, resistance and doomsday prognostication along the way, Bitcoin has and will continue to defiantly weather the storm. Though speculation and hyperbole will surely continue as the price inevitably waxes and wanes, the technology, infrastructure and tenacious group of humans pushing this thing forward aren't simply going to stop.