Ok, we know we know. It's snowing...again. We get it. But these poor folks over in Japan get dumped on annually, sometimes with 50 to 60 feet of snow in a typical year, according to the video below. (For some perspective, they had nearly 17 feet of snow on the ground in January of this year.)

On the northern part of the main island of Honshu sits the city of Aomori. Head a bit south and you get to Sukayu Onsen, a hot spring that's famous for its large public hot springs and its proximity to lots of awesome skiing. It's considered one of the snowiest inhabited places around. (To be fair, other parts of Japan, like Nagano and Niseko and other spots in the Japanese Alps, are pretty ridiculously snowy, too.)

Check out the road to get there. Seriously, that snow is HIGH. 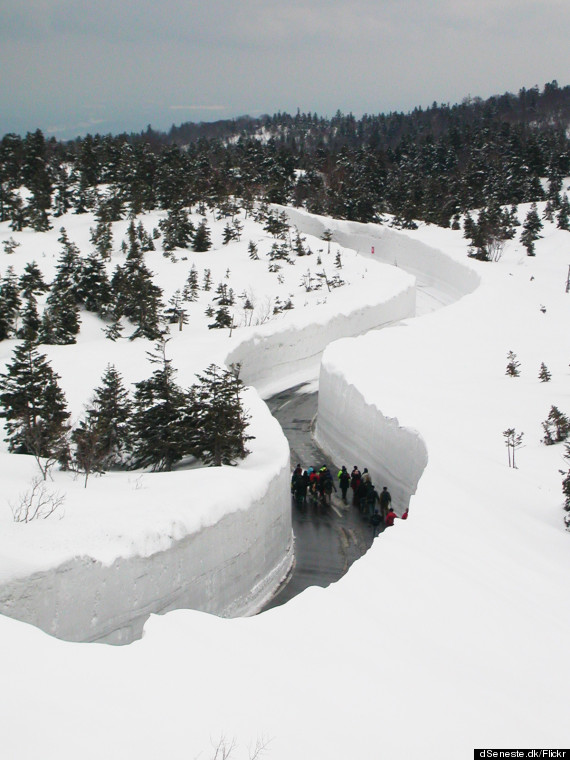