With Independence Day and Brexit fresh on our minds, I want to talk in detail about one of the books I mentioned last week. Mistress of the Elgin Marbles by Susan Nagel, tells the Hollywood-worthy story of an amazing young woman and her struggle for independence. And all of this took place -- yes -- in Great Britain 200 years ago. 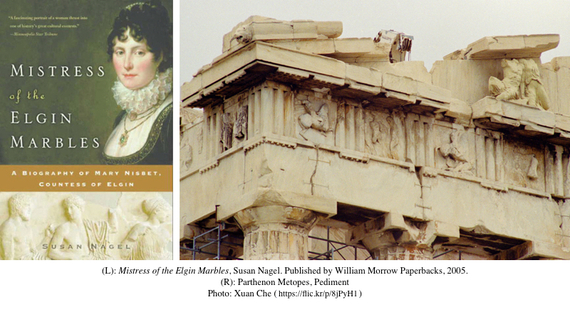 At the beginning of the 19th century, when Greece was ruled by Turkey, British Ambassador Lord Elgin obtained official permission from the Turkish authorities to remove marble sculptures from the facade of the Parthenon. At a great expense, he managed to crate and ship the Marbles off to England, which would be a daunting task even by today's standards. However, he didn't enjoy the possession of this rare treasure for too long. Upon his return to England and faced with enormous debt, Lord Elgin was forced to sell the priceless marbles to the British government at a loss. Those are the basic facts. 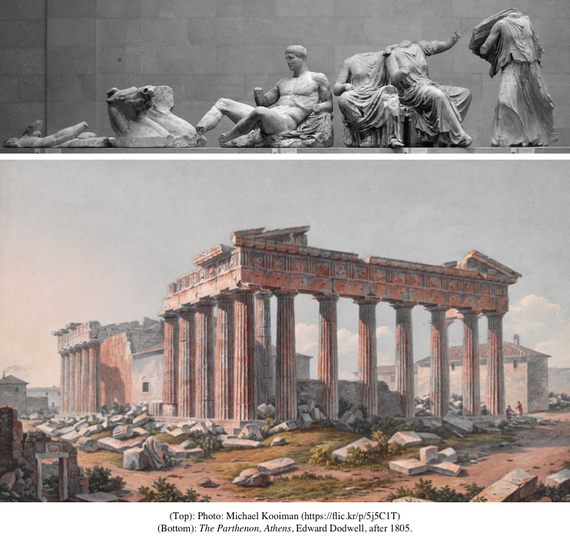 What is less known is the key role that his beautiful, vivacious and extremely wealthy wife, Mary Nisbet, played in befriending the court of the Turkish Sultan, who, in an unprecedented breach of protocol, invited her on numerous occasions to his palace, introduced her to his mother, and even allowed her to visit his harem. 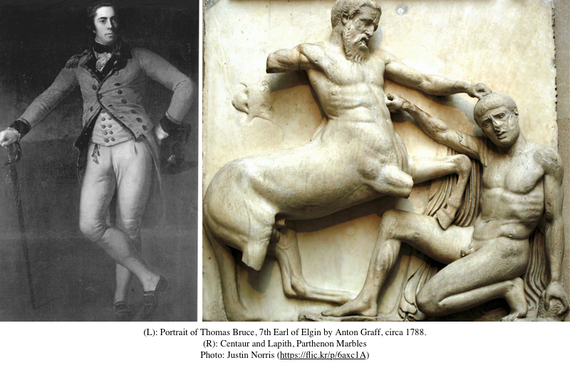 In gratitude for the British political and military support in fighting against Napoleon, their mutual enemy, the Sultan showered the British envoy and his young wife with precious gifts. Other ambassadors were green with envy at the tremendous success of the young Countess of Elgin, and their dispatches back home recounted her unique popularity with the Turkish Court and her unsurpassed skill as a most generous hostess. Both she and her husband were known to be avid collectors of antiquities, and frequently traveled through Greece to visit the ancient ruins. Aware of this, the Sultan was only happy to oblige the Elgins' request to remove the Parthenon Marbles and send them to England. This monumental undertaking, as this book reveals, was entirely paid from a separate bank account belonging to the Countess of Elgin herself. 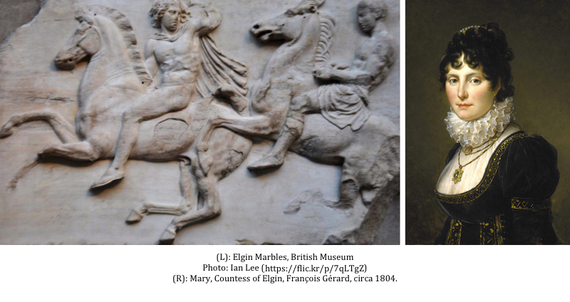 In her book, Mistress of the Elgin Marbles, Susan Nagel tells the story of the life and imploding marriage of this spirited young woman who, against the prevailing traditions of her time, insisted on playing an active role in shaping her own life. In the first five years of their marriage, Mary gave birth to five children, but it never stopped her for a moment from joining her husband on even the most arduous of his journeys. 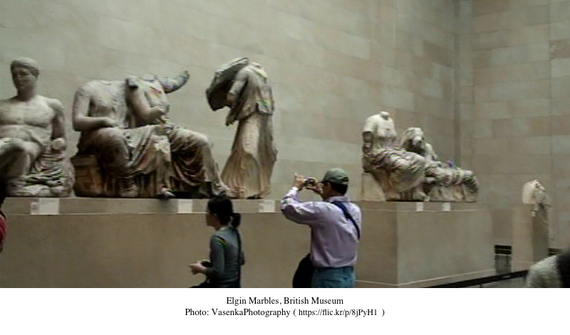 Claiming that she still loved her husband, but feeling worn out by the constant pregnancies, she refused to bear him more children and begged him to consider using the then-available contraceptives. He categorically refused, and, facing the prospect of a marriage without sex, while also being enraged by the discovery of her affair with his best friend, he filed for divorce. This scandal at the highest echelon of British aristocracy became the cause célèbre at the salons and tabloids throughout Europe. One of her children died in infancy, four others -- according to the divorce laws of the time -- were taken away from her and she never saw them again. 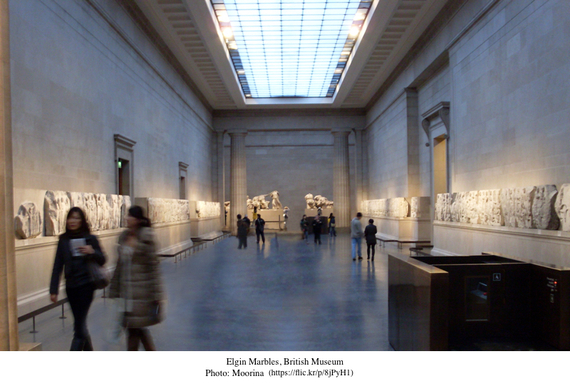 But the nasty Lord Elgin failed in his plans to get hold of his wife's huge fortune, and, to pay his mounting debts, was forced to sell his beloved Parthenon Marbles to the British Museum. If that doesn't sound like a great storyline for a Hollywood blockbuster, then I don't know what will.