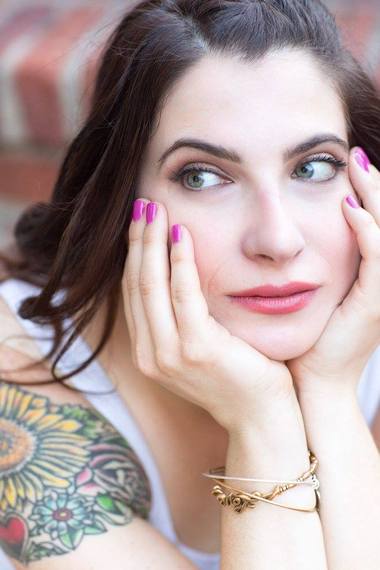 Laura Silverman (pictured above) woke up in New York City, still tired and groggy from the night before. It was the first time she, a resident of Washington D.C., ever visited the City. She wasn't in a comfy hotel bed though; she was in the hospital. For alcohol poisoning. And it wasn't the first time.

"I drank for six years," said Silverman. "At first it was fun, then fun with problems, then just problems. When I was hospitalized that second time and woke up relatively unscathed, it felt like divine intervention or something a little bigger than just me."

After being reunited with her cousin and her belongings, Silverman checked herself into an outpatient program in D.C. through her health insurance provider. This marked the beginning of her journey to recovery. Today, she is nine years sober and the founder of The Sobriety Collective, an online powerhouse that celebrates sobriety and the arts.

"The Sobriety Collective is special because it caters to creatives who are in recovery from substance use disorder, mental illness, or both," said Silverman.

The idea to build a safe place where those in recovery can share their stories with a community that understands hit Silverman as she celebrated her eighth year of sobriety.

"I felt an emptiness inside. I wasn't practicing a program, not a formal one, anyway, and I didn't have any sober friends," admitted Silverman. "I desperately wanted to be a part of a community, and so, not knowing what was already out there, I created what I needed at the time."

Silverman, like many other advocates, hopes to show the world that recovery is not only possible, but those in recovery can go on to make positive impacts in their communities, and, the world.

"My vision for the Collective is to have it be a living, breathing community of awesome sober people, making contributions in music, film, writing, fashion, technology, beauty, business, comedy, photography, art, philanthropy, education, you name it," explained Silverman.

Silverman has achieved her goal tens time over, having created the vibrant, active community she imagined over one year ago. The Sobriety Collective has a robust website filled with great, honest information and resources including a blog, a store, a recovery profile section, a podcast, and a page with helpful resources.

The success of the Sobriety Collective is a constant reminder to Silverman just how far she has come since that morning she woke up in the hospital.

"I've definitely had my ups and downs throughout nine years, but I have a strong commitment to living a better life in recovery," said Silverman. "I'm not immune to temptation but I'm very much in control of my choices and actions. I wouldn't dare trade nine consecutive years of sobriety for a drink or two, or three, or fifteen, or one hundred..." 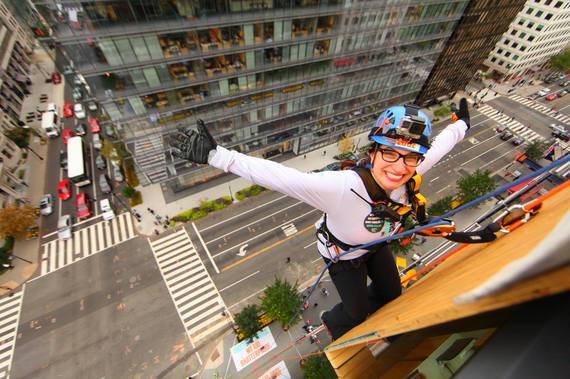 At her lowest, Silverman was able to successfully springboard herself into recovery. She hopes those battling Substance Use Disorder know they can do the same, and do not have to do it alone.

"Get help. You have a disease that requires treatment, like any other person with any other disease. You are not your addiction," stressed Silverman. "There is hope, and if you can see even just a glimmer of it, take a chance right now. Don't think you'll get chance after chance after chance. Call a professional, lean on family, if you can. The only failure is the failure to do something."

In five years Silverman sees herself traveling the world, spending time with close family and friends, living sober and debt-free, practicing yoga near the ocean, re-learning to play guitar, and helping others achieve their true paths in recovery.