These days, the SoHo art galleries, or at least most of them, can be found in Chelsea and SoHo artists, the ones who have not cashed out and relocated, in their lofts on the floors above the clothing stores that replaced the galleries. Most artists are now in their 70s and 80s. Many have children who have moved to Williamsburg or Park Slope or Red Hook in Brooklyn or abandoned New York City as it's too expensive, choosing to settle elsewhere in California or in the Midwest.

SoHo memories are fading. Keys wrapped in socks thrown down from windows so that guests could let themselves in. Commercial elevators with wheels to turn and with noisy metal gates. Left-over leather goods and buttons and doll parts -- legs, and arms and heads, piled on the sidewalks, waiting for all-too-infrequent garbage pickup.

One child of SoHo, Yukie Ohta, who grew up in a loft on Mercer Street, and who is raising her own daughter in the same building she grew up in, is determined to preserve these memories by recreating them in an interactive mobile exhibition using unconventional media that will be on view at the Judd Foundation at 101 Spring Street, The Drawing Center at 35 Wooster Street, The Renee and Chaim Gross foundation at 526 LaGuardia Place, the Storefront for Art and Architecture at 97 Kenmare Street, and the Center for Italian Modern Art at 421 Broome Street. The Spring 2016 traveling exhibit was done in collaboration with the SoHo Arts Network, with a supporting grant from The New York Council on the Humanities.

Ohta talked about the exhibit before an audience at the Judd Foundation on February 17th. Done in partnership with The Uni Project, a nonprofit dedicated to creating pop-up learning experiences across the city, The SoHo Memory Project in Residence exhibit resides in a wooden cabinet that folds into a cube.

The exhibit focuses on five areas: Live, Work Play, Eat and Smell. For each, there are objects, to be touched, read, smelled and watched. An old photo album chronicles how people made their lofts habitable, beginning with photos of dirty rooms and toilets. An assemblage made of aerosol cans by Rick Parker is included to illuminate the work section. Parker displayed his art in his SoHo storefront although he later became a well-known illustrator for Marvel Comics. "He always saw his artistic life in SoHo as most important," Ohta said, commenting on what she said was an important distinction between what people do for a living vs. what people do for their work.

There's a menu from FOOD restaurant, on Prince Street, ahead of its time, Ohta said, because it served locally sourced ingredients and had seasonally changing menus. There's an iconic cardboard tube, the favorite plaything of SoHo children, who turned it into batons, telescopes and swords.

And there's a smell station, where if you inhale deep, you get the distinct whiff of leather tanning, the almost too-sweet aroma coming from the commercial bakery on Prince Street and the sharp pepper smell that tickles your nostrils from the factory at Broome and West Broadway.

There's a piece of cast iron ("Pick it up," Ohta said, "It's heavy") and a reproduction of a little book that was a guide to brothels in the neighborhood since SoHo was once a red-light district. There are three Viewmaster viewers where you can click you way through SoHo history from the 1700s to the present.

"Someday, Ohta said, "Maybe we will have a space of our own, "but right now we are bringing the museum to you!" 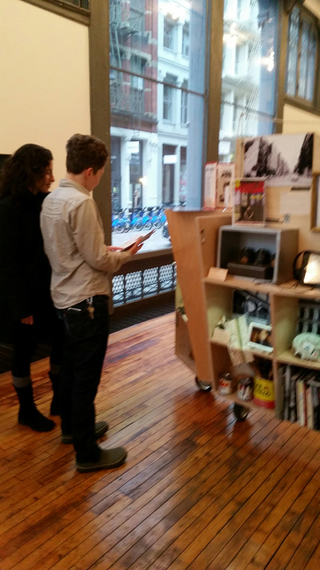 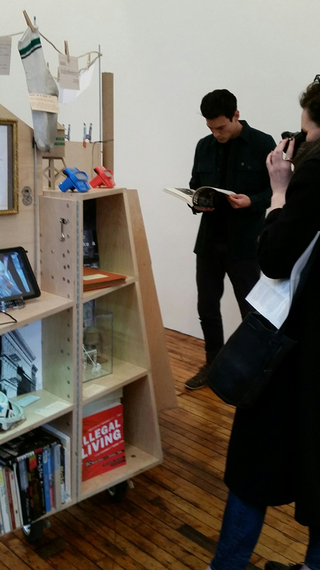 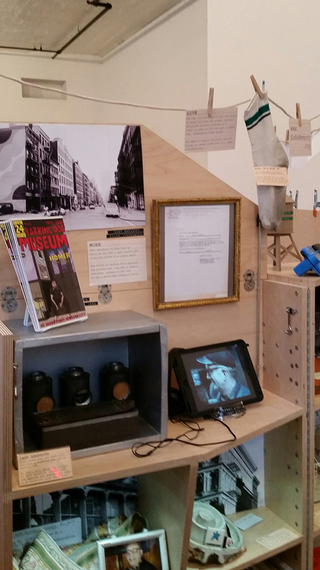 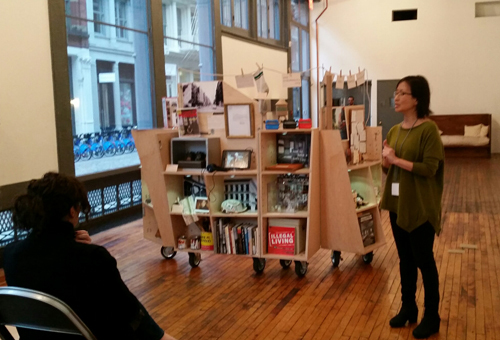