I'm not a politician. I'm not a social worker. I'm a mother. I'm a writer. I'm a doer. And, the issue of homelessness in Seattle has been weighing on my conscience: I NEEDED to do something.

So, being the mom of five, a woman and a voice to be reckoned with, I was compelled to write a piece about my experiences of being homeless as a child.

Because it seemed unreal to me that our Seattle politicians were, in my opinion, "fighting like parents" in the midst of so much suffering and despair.

Last November Mayor Murray decreed a state of emergency in Seattle because of the homelessness. Meanwhile, nearly a year later, there are still thousands of homeless people living in tents on the streets of Seattle each night because we don't have any housing to offer them.

I also wanted to shine a light on a new pilot program, Compass Crossing. 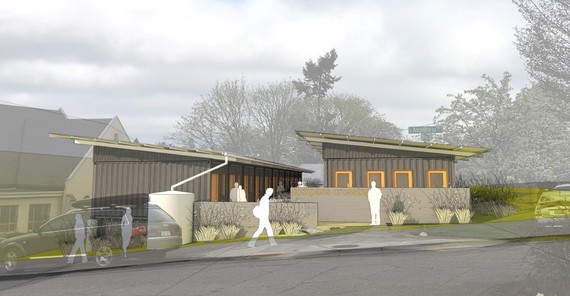 An innovative concept funded by Paul Allen, (yes he's a billionaire), but more than that, he recognizes an idea that has the potential to be the solution to homelessness in Seattle.

The most intriguing feature of the pilot is the notion that replacing traditional wood frame construction with steel modular construction could be the most simple and yet radical solution to the high cost and building time.

Out of the gate the pilot was getting a bad rap.

A line in the Seattle Times, "The modules resemble shipping containers and the resulting one-story structures will look like portables."

Instantly, the image of the homeless in Seattle being shuttled into old shipping containers and set out to sea caused a stir.

I decided to write a follow up story on the new pilot program, Compass Crossing, and answer the number one question on everyone's mind: what exactly will the housing look like?

That search lead me to Dale Sperling, founder of OneBuild, the manufacturer of the "shipping containers."

Number one: the fastest way to annoy Dale Sperling is to refer to his steel frame modules or "metropods" as "shipping containers."

For the record, steel modular homes are NOT, nor have they ever been "shipping containers." They are steel but that is about the only thing similar to containers.

Number two: It was clear from our first email exchange the man was on a different mission than the status quo.

"I have spent the last 18 mos working on this....momentum is critical and it can be lost in a second....I want to accelerate the solution, not de-rail it and I need to spend time talking with you about this stuff....sorry to be so cryptic, but we are at the edge of a solution and I don't want to screw it up!"

It was a Friday evening when this popped into my inbox, (as it turns out he dashed this off on his way to Cooperstown, New York where he was traveling to watch Ken Griffey Jr. being inducted into the hall of fame.)

I will say his enthusiasm and radical belief that there is a solution to the homeless crisis in the near future was invigorating.

As someone who had been homeless as a child his passion struck a chord.

As a kid, one of the hardest things about being homeless was the waiting. Waiting for what I perceived as the "doers" like Sperling to "do the right thing."

Let's face it, being homeless felt like being stranded on the side of the freeway in the junk car we lived in, with no money and not a friend in the world, watching the Mercedes, the minivans, the Prius's, the Lexus's of the world speeding by.

18 months ago, Sperling made a decision to try to do something about the homeless problem in Seattle.

"I am a bike commuter," Sperling said, "there is something different about riding my bike by the tents versus driving by in your car... it is a little more difficult to just ignore the problem."

He approached the situation as an entrepreneur -- not a politician. Sperling knows a thing or two about real estate and business as the former president of UNICO, which oversees 6.5 million square feet of office and retail space.

"The scope of the homeless problem (4500 people on the street every night and another 6000 people in overnight shelters) cannot be solved using the same old approaches. The problem is housing, whether for the homeless or affordable housing for working people. The solution is simple. WE NEED MORE HOUSING.

Sperling understood that the fundamental roadblock to a solution to homelessness is the cost and time required to produce housing in the conventional way.

The math is pretty basic, to build a market rate apartment traditionally it's about 250k to 300k. Between the permitting process and on site construction it takes two to three years to build. OneBuild can put the same apartment together through the innovative technology of steel modular for roughly 80K per unit and a third of the time.

"Every module has a bathroom, a sleeping/living area, and is fully code compliant with all the attributes of a real home at a fraction of the cost and time required for the conventional solutions."

Once he came up with the idea, he went about putting together a plan to execute.

"Something new and radical like this is hard for the usual resources to get behind. This pilot needed to be done privately in order to prove the concept, once it is done and once it is successful, we are hopeful that lots of organizations and people can get together to help scale it up."

Sperling partnered with Seattle nonprofit Compass Housing Alliance, an organization that for nearly 100 years has been developing and providing essential services and affordable housing for homeless and low-income people in the greater Puget Sound region. Together, they pitched billionaire Paul Allen to help fund the pilot project.

The pilot program, Compass Crossing, is slated to be up and running by first of the year. Sperling's company OneBuild will install 13 (seven singles, and six doubles for families/couples) of the preassembled steel module sections that are completely finished, painted, carpeted and wired before delivery, greatly reducing on-site labor. There will also be a communal kitchen, laundry room, outdoor space, community garden and storage lockers. 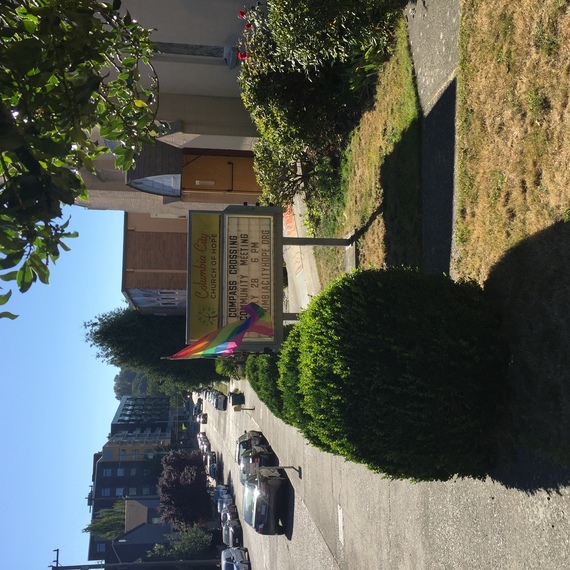 The neighborhood of Columbia City in Seattle, one of the few Seattle neighborhoods with a long history of ethnic and income diversity will be the host site of Compass Crossing at a converted parking lot of the Columbia City Church. 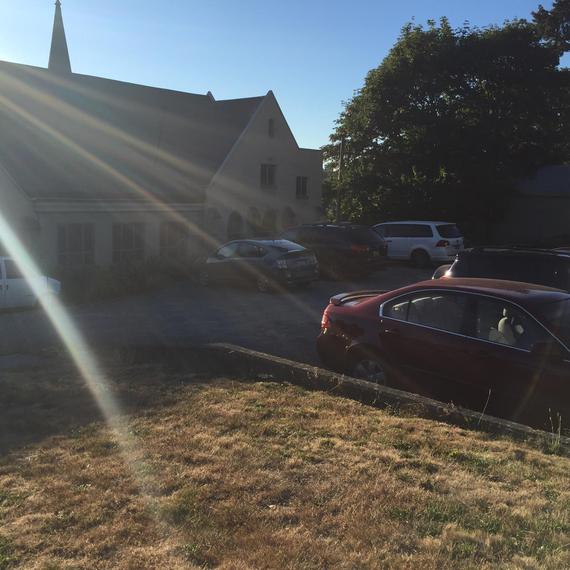 Compass Crossing has all the building blocks for success. It's based on the "housing first" model that has had a proven track record of success in other states. For the next three years Compass Housing Alliance will provide the land for the modules (unlike conventional housing, modules can be "recycled" or moved and set up at other locations).

But equally important, Compass Housing Alliance will facilitate wraparound social services that will be based on the individual needs of the homeless that will include a 24 hour on site presence, as well as on site social worker, nurse and mental healthcare professional to provide the residents the support they need.

Sperling is a reminder of what it means to lead -- bringing people together in Seattle who share the radical belief that there is a solution to the problem of homelessness. Together they have created a plan and have the ability and experience to make decisions, overcome roadblocks and follow through by directing attention and resources toward whatever the situation requires with innovation and outside-the-box thinking.

As a result of this collaboration of "doers, doing the right thing" seeds are being sewn through this pilot project, whose fruits when they come to bear over the coming months have the potential to create real change in the lives of homeless people in Seattle and across the nation.