I bought my first camera, a Soviet made Zenit-E SLR, in 1970. I still have the first roll of black and white 35mm film that I developed and the images I printed from it, scratches and all. The smell of developer and fixer from the countless hours I have spent in darkrooms is still imprinted in my brain. Over the years I was able to upgrade my equipment and to this day I always carry a camera.

Like everybody else that is into photography, I bought my first digital camera in 2000. I was fascinated by the technology and like a lustful teenager I dumped my Leica M3 film camera for my new digital girlfriend, a Canon. For the next ten years I continued to upgrade from one digital camera to another. The resolution kept getting better and the software that drove the cameras more sophisticated. 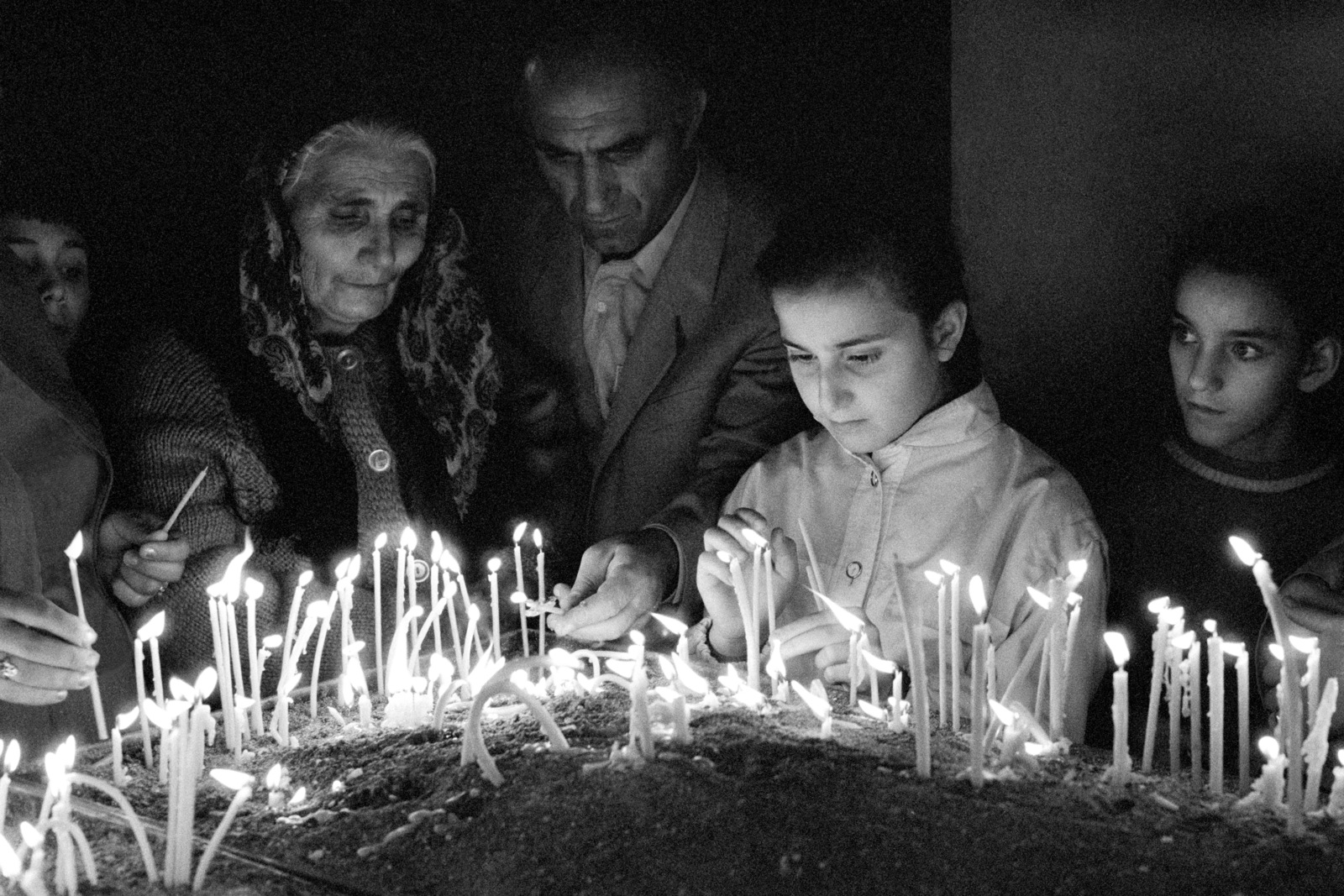 As an investor and television host I continued to travel the world and captured images that I could have only dreamed about when I was a teenager in my high school photo club. Today I have tens of thousands of photographs from dozens of countries.

Last year I was moving some boxes in our basement and I came across one with no label on it. I opened it and there it was, my Leica M3 film camera. I had not held it in over a decade. I picked it up and immediately felt the familiarity of its curves. Shooting with a Leica is like learning how to ride a bicycle, once you know how you never forget.

I cocked the camera and to my amazement I felt the resistance of 35mm film advancing through the shutter. There was still un-developed film in it. The camera counter showed 22 images had been exposed so I rewound the film and opened the back. It was a roll of 35 mm Kodak TRI-X ASA 400, the favorite film of my youth. I had no idea what was on that film or even if it would still be good having been in the camera for over a decade. 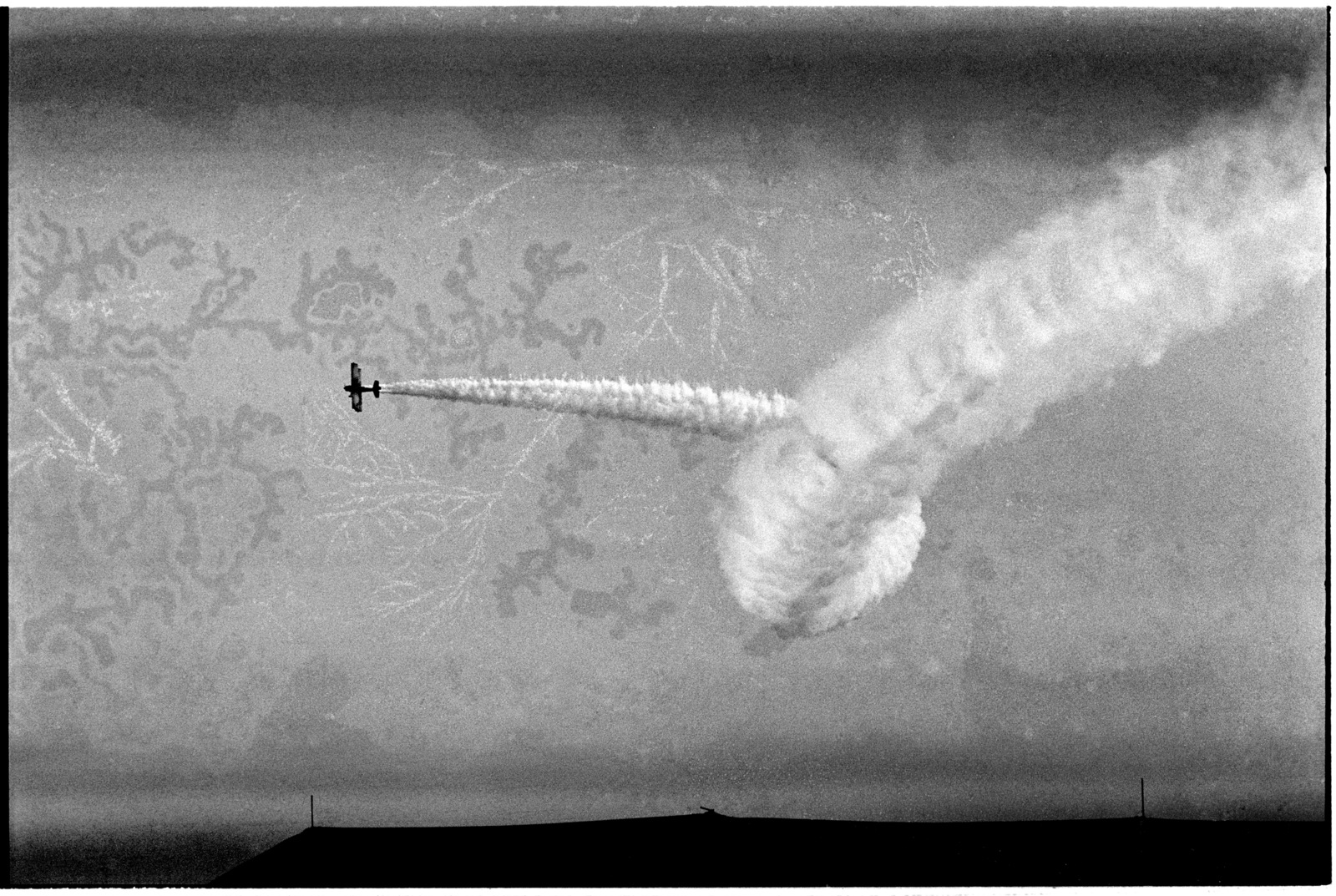 I had dismantled and sold off my dark room many years prior, so I had no way to develop it. I went on the web and searched for a lab that was still processing black and white film. To my surprise there were still several labs active. I brought the roll in and explained to the technician what had happened. He warned me that leaving the roll inside a camera for 6 months was a bad idea, let alone over a decade. The lab said they would process it but made me agree that if it was destroyed by the developer bath it was not their liability. I agreed and left my cell number.

A few days later my phone rang, it was the lab. "You should come in and see this, you are not going to believe what you have here." I was shooting Shark Tank on the Sony MGM studio lot in LA that day so I had no way to get back to the lab which was on the other side of the country.

The technician suggested I should not touch or take the processed negatives out of their sleeve holders, as they were extremely delicate and maybe brittle. Instead they had done a high resolution scan to disk that could be viewed on a Mac. The more he talked to me the more I wanted to see the images. I asked him to email me one. Moments later I felt my phone vibrate and I opened his email. What I saw blew me away.

During the years that the film had sat in the camera body the silver nitrate emulsion had begun to break down and had crystalized on the surface of the film leaving ghostly geometric streaks across the image. The pictures looked like they were from another world. They were absolutely stunning. I leaned over and showed my phone to Daymond John who was sitting to my right on the Shark Tank set. "What the hell is that?" he exclaimed.

The Leica M3 camera that I had jilted over a decade ago gave birth to images unrivaled by any of the thousands of digital images I had taken since. No Photoshop here, this was organic reality. It was karma. 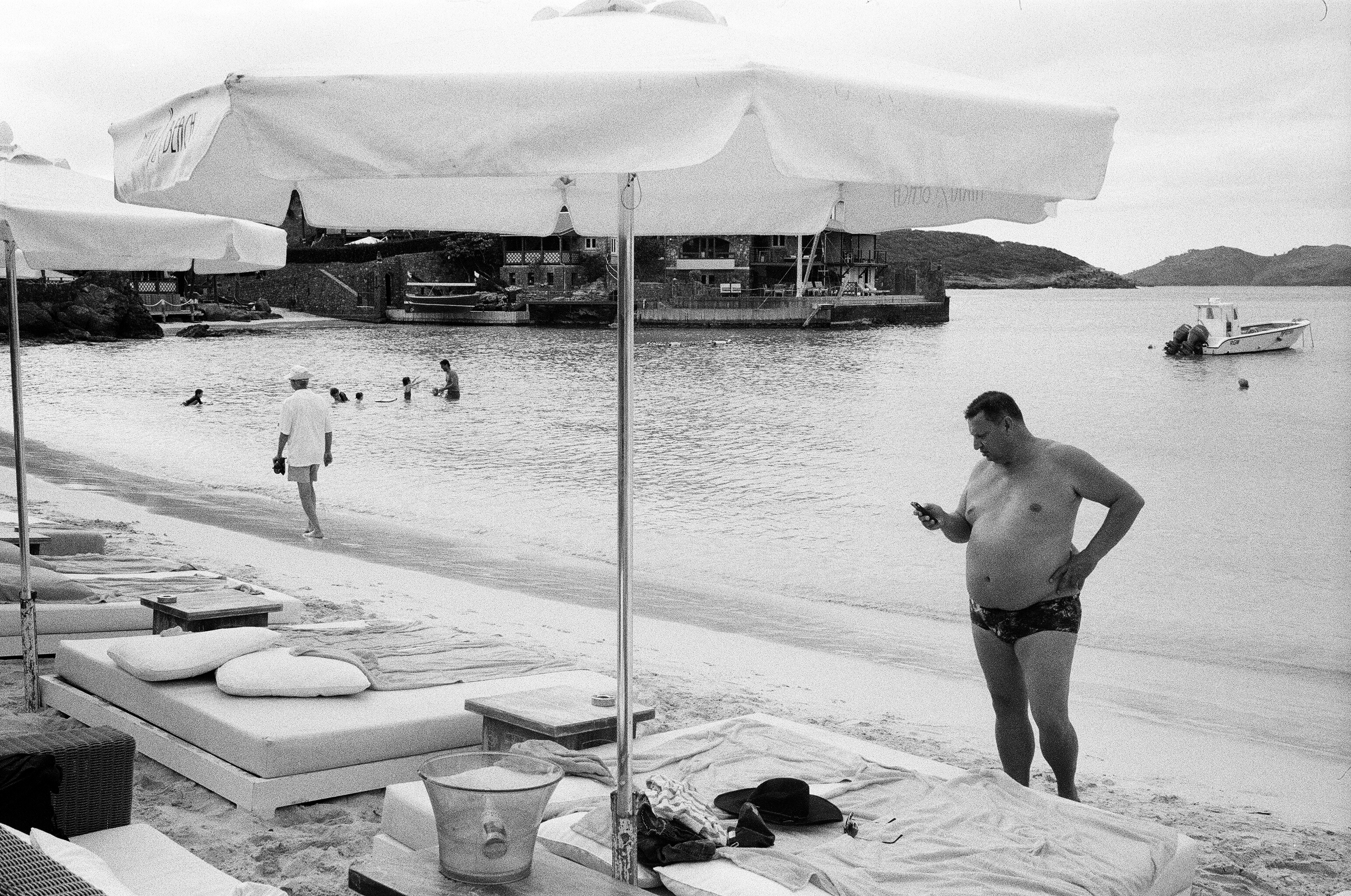 It changed my mind about everything in my photographic world. I don't care what anyone says about digital images, they can't rival photographs taken on film, period.

Today my Lieca M3 is my number one camera again. I carry a digital SLR too but if I have to choose, I draw the Leica first. Today I favor Ilford HP5 Plus 400 and Kodak 400 TMAX. You can still buy it. I process it at a lab, do a low resolution scan of the roll and archive the original negatives. When I want to make an archival print I go back to the original negative and do a very high res scan with an Imacon Flextight Film Scanner. We print from that. Proof you can keep the soul of film in your work but take advantage of what digital offers. Many Hollywood directors are doing the same thing these days. They shoot their movie on 70mm film and transfer it to digital for the edit.

I am not against using digital technology in the photographic arts. Far from it. For example in the 1987 test print made from a traditional old school enlarger of the Armenian Church Worshipers, the partially hidden face on the far left was not evident. The negative was exposed in extremely low light and "pushed" in processing but was still very thin. Over 20 years later scanning the same negative with the Imacon unlocked the secret face and changed the feel of the whole image, more mysterious I think. The point is it all starts on film. That is where the soul of the image is born.

Encouraged by the ghostly Leica airshow images, I decided to exhibit my work to the public. For the majority of the work I went back to my original negatives and selected images from across 4 decades. To my surprise we sold $97,000 worth of photography the opening night. I donated the profit to teenage entrepreneurs in grades 11 and 12 across the country.

If you would like to buy one of these images to support a teen entrepreneurs contact Laura Davidson at ldavidson@olearyventures.com . The prints are huge 57.5" X 42.5" so you are going to need some wall space. They are framed in painted white lacquer wood flat low profile frames with an archival print behind UV resistant non-reflective glass. There is a limited signed edition of 25 of each image. They cost $6,000 plus applicable taxes and shipping.

I recently visited a lawyer's office to have some signature pages notarized. While waiting in the reception an image caught my eye. It was mine, the photograph of the man walking in Kiev in 1986. The firm's art curator had cataloged it into their collection. It had a plaque with my name on it.

I often characterize lawyers as life forms found just above single cell amoebas. Not that day.