See what happens online if you criticize any popular performer in any way. Watch the comments section if it's a blog, or see what people tweet or how they reply on Facebook. Almost immediately, somebody will accuse you of "sour grapes" or of being jealous.

Why is that? Why has it become impossible to express an opinion about a performer without being personally (and illogically) attacked? Why do fans take that opinion so personally themselves and feel they have to slam the writer?

The writer John Weir just posted on Facebook that he wasn't wild about Lady Gaga's medley from The Sound of Music on the Oscars. You know what, neither was I, even though the whole world exploded in awe as if the Vocal Messiah had arrived. She killed it was the verdict. 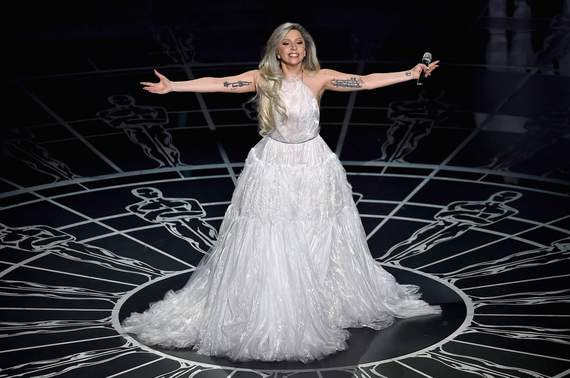 I thought she sounded and looked awkward singing material that didn't fit her voice or style. She didn't seem to know what to do with her hands or how to move naturally in her dress, which surprised me because she's such an amazing, outside-the-box performer. And I've loved watching her perform her own songs. But a classic '60s musical just seemed out of her reach and she sounded flat to me at times, and strained. "Climb Every Mountain" usually moves me no matter who sings it, but her version left me cold -- and I've been a fan of hers for years. How is saying that sour grapes?

Even magazines play the shame game. TIME implies that anyone who disliked her performance or thinks she wasn't right for the songs is a "hater." Why is there so much cultural intolerance about something so insignificant? Why does discussion of taste become mudslinging and why do dissenters end up getting bullied?

Lev Raphael's 25th book is the novel of suspense Assault With a Deadly Lie. Check out his other books on Amazon here.