The ongoing controversy linking cancer to soy -- the healthy, protein-rich alternative to meat and dairy products --is alarming. While there is some element of truth in these assertions, they are profoundly misleading.

Here's what you need to know: Not one scientific study refutes the fact that soy -- in its pure forms, such as tempeh, tofu, or whole soybeans -- is a healthy food that may actually help prevent cancer and other diseases.

The controversy lies with soy isolate, proteins artificially extracted from the soybean. It's nothing more than another refined, processed food that you should avoid (this includes soy baby formulas).

A proper explanation involves a heavy round of organic chemistry, but the simple message is this: Just like high fructose corn syrup does not grow organically in your back yard, soy isolate doesn't vaguely resemble what blossomed in the field. Instead, food manufacturers took a perfectly good plant and added fillers, flavoring and preservatives. Why, you ask? It's the same processed food story. Additives make the product cheaper and tastier, and they give it a longer shelf life. It's about business, not health.

Dr. Joseph Mercola, a featured contributor to Huffington Post, acknowledges that soy isolate is the problem, not tempeh, tofu, or whole soybeans, which he notes are safe. So does Dr. Dean Ornish, whose number one food group includes soy. Ornish is well known for his diet that reverses heart disease and cancer.

Unfortunately, many scientific studies linking soy to negative health effects are conducted on soy isolate. Too often the separation of these two elements goes unmentioned, allowing a processed extraction to give the pure plant an undeserved bad name. In studies conducted on monkeys and rats, soy protein isolate has been linked to allergic reactions, brain damage, and thyroid problems. However, none of these results has been seen in human studies.

In addition, population studies have failed to show a relationship between soy consumption and increased risk of breast cancer. The biggest concern related to soy revolved around women with hormone receptor positive forms of breast cancer. But it turns out that soy helps because it contains isoflavones. 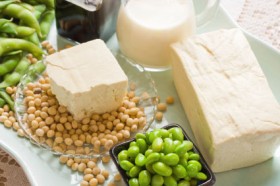 Isoflavones are a type of phytoestrogen, which is a dietary form of estrogen that occurs naturally in the soybean plant. The isoflavones in soy have a mild estrogenic effect. In other words, when consumed they hop onto receptors in the human body, block our own excess production of estrogen, and essentially halt the process that could cause cancer.

Researchers at Vanderbilt University Medical Center explored this in detail because they were concerned about the estrogen-like effect of soy on breast cancer survivors. They also wanted to examine soy's potential interaction with the breast cancer treatment tamoxifen, which works against estrogen receptors in breast tissue. So they studied soy consumption among 5,000 Chinese women treated successfully for breast cancer.

The research, published in the Journal of the American Medical Association and supported by grants from the Breast Cancer Research Program in the U.S. Department of Defense and the National Cancer Institute, found that women who ate the most soy protein -- and therefore consumed the greatest amount of isoflavones -- were about one-third less likely to suffer a recurrence of breast cancer or die during the four years of follow-up. The scientists also noted that high soy consumption benefited everyone, including women with either estrogen-positive (cancer cells that need estrogen to grow) or estrogen-negative (cancer cells that don't need estrogen to grow) illnesses.

In a separate study, The National Cancer Institute found that soy consumption early in life conferred protection against breast cancer later. The women interviewed were of Chinese, Japanese and Filipino ancestry, and lived in California or Hawaii. The findings revealed that those who had consumed the largest amounts of soy foods as children (between ages five and 11) lowered their risk for breast cancer by 60 percent as adults. The amount of soy recommended for women to help protect against breast cancer is 25 to 35 grams per day.

The soybean is the only vegetable that contains more protein than carbohydrates. Protein is made from building blocks called amino acids. They are linked together in a chain. Of the 20 amino acids found in the body, eight are considered essential because the body can't make them, so they must be consumed. Soy protein contains all of them. Therefore, it's a perfect source of protein for humans. 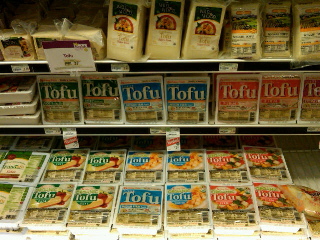 Soy's popularity has grown in the last five to seven years as Americans gravitated toward plant-based diets, and away from dairy and animal products that clog arteries and cause heart disease with added fat and hormones fed to animals to make them grow faster -- again, an economic rather than a health benefit. Fresh and modern as it may seem, it's a long way from a new idea. People in Asia have eaten soy for generations, and their incidence of cancer is remarkably low.

To avoid confusion about soy in the future, investigate the details of research findings before dismissing this important dietary staple. 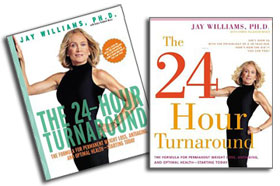 An acclaimed physiologist and medical nutritionist, author, and researcher.